Kairana by-poll results show Akhilesh Yadav is back in the game, but is Adityanath on his way out?

The Samajwadi Party chief stealthily launched a crusade against the BJP and snatched four important constituencies.

When the BJP stormed to power in Uttar Pradesh last year, it was former UP chief minister Akhilesh Yadav who was blamed for Samajwadi Party's worst-ever debacle in Assembly elections. The growing differences between Akhilesh and his uncle Shivpal Yadav, and father Mulayam Singh taking his brother's side, had left the SP a divided house. There were even speculations that the SP may not ever get up on its knees and would crumble further in the wake of the BJP juggernaut.

However, in the past few months, Akhilesh Yadav seems to have stealthily launched a crusade against the BJP by snatching four important constituencies. He has also played an indispensable role in uniting the Opposition parties. 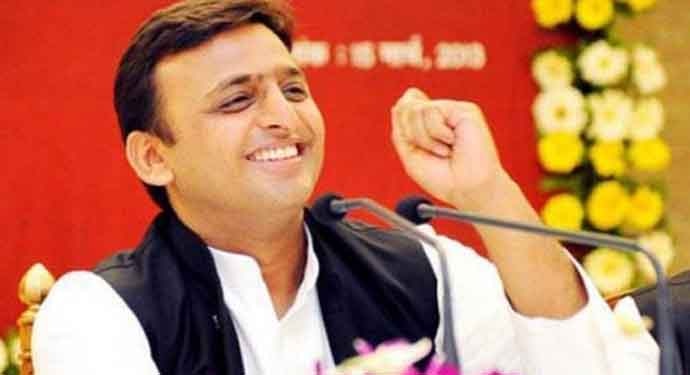 Back in the game: Akhilesh Yadav

Ahead of the Gorakhpur and Phulpur by-polls, the Samajwadi Party didn't seem to enjoy much support in the strongholds of chief minister Yogi Adityanath and deputy CM Keshav Maurya. The former chief minister then played a master stroke by joining hands with his arch-rival BSP chief Mayawati and convincing her of an Opposition unity ahead of 2019 general elections to take on the BJP.

The BSP cadre, along with the Samajwadi Party, embarked on their mission in Gorakhpur and Phulpur with all might while the Dalits unitedly voted in favour of the joint candidate. As a result, the BJP lost both the crucial by-polls giving boost to the Opposition unity. Akhilesh immediately went to Mayawati's residence after the by-election results and thanked her profusely for the support. The bonhomie between Akhilesh and Mayawati at the latter's bungalow sent strong signals that the two parties would come together for the Lok Sabha polls in 2019 as well to take on the Modi-Shah duo.

If the Gorakhpur-Phulpur debacle hit Yogi Adityanath like a bolt from the blue, Kairana and Noorpur results will make things more difficult for the monk-turned-chief minister of Uttar Pradesh.

Yogi, who was already under enormous pressure after losing in his bastion, left no stone unturned to ensure the party's victory in these two constituencies. His ministers camped at Kairana and Noorpur for an extensive campaign against the Opposition. In desperation, the BJP pulled out all the stops, making it every bit about both "ganna and Jinnah".

While Yogi accused the previous governments for the woes of the sugarcane farmers, he also made it clear that his government will make sure that Jinnah's picture is not put up anywhere in the state. The multiple rallies in Kairana and Noorpur made it amply clear that the by-polls were more of a prestige battle for the chief minister.

Akhilesh, on the other hand, once again focused on uniting the Opposition parties and joined hands with Ajit Singh's RLD to garner Jat support in western UP. The Congress too joined in to showcase the opposition unity, making it a SP-BSP-RLD-Congress combine. Once again the caste arithmetic of the Opposition parties crumbled the BJP as SP-RLD candidates won both the seats comfortably. Addressing the media after the by-poll results, Samajwadi Party chief Akhilesh Yadav said: "We have learnt social engineering from the BJP. The way BJP used to unite other parties to win elections, a similar tactics have been adopted by us."

It was also a message to Mayawati that the young leader is capable of bringing together different parties to wrest power from the BJP. Akhilesh through his smartly crafted social engineering against the BJP has also emboldened the Opposition parties in other states to take on the saffron brigade.

Akhilesh, who faced a major setback because of the BJP in the last Assembly polls, is clearly avenging the loss to the saffron party and has suddenly emerged as a huge threat to it ahead of the 2019 elections.

It's quite clear now that the BJP, which got a huge majority in the last Lok Sabha polls because of a near-sweep in Uttar Pradesh, may find it difficult to get a similar mandate in the upcoming general elections. The challenge in UP is only getting bigger.

The repeated debacle of the BJP in Uttar Pradesh has not only sent shockwaves to Modi and Amit, but has also raised uncertainty over Yogi Adityanath's future as the chief minister.

At the moment, the BJP needs introspection and a strong strategy to face a united Opposition in 2019 Lok Sabha polls, especially in Uttar Pradesh.

Also read: How a woman flashing at Google Maps exposes the chinks in its armour

Post your comment
#Lok Sabha polls 2019, #Yogi Adityanath, #Akhilesh Yadav, #Kairana by-poll
The views and opinions expressed in this article are those of the authors and do not necessarily reflect the official policy or position of DailyO.in or the India Today Group. The writers are solely responsible for any claims arising out of the contents of this article.