Why Kamal Nath could be the new poster boy for liberals

In slightly over a month of being in office, Kamal Nath has used interesting opportunities to project himself as an upholder of free speech.

On Tuesday, Madhya Pradesh Chief Minister Kamal Nath ordered the revocation of the suspension of Baleshwar Patidar, a teacher from Ratlam who had apparently abused Rahul Gandhi on social media. On January 12, Kamal Nath had similarly pardoned and had the suspension revoked of another school teacher, Mukesh Tiwari from Jabalpur, who had called him a daaku.

A group of Congress leaders had demanded that The Accidental Prime Minister – a film that did not have a charitable portrayal of the Gandhi family – to say the least, be banned before its release. Kamal Nath refused to do any such thing.

In slightly over a month of being in office, Kamal Nath has used opportunities that have come by to project himself as an upholder of free speech. What makes it more interesting is that Kamal Nath’s entry in politics was through his friend Sanjay Gandhi – a man who was said to be behind the excesses that marked the Emergency, a phase that marked the suspension of all that Kamal Nath is now upholding.

No action or reaction by a politician is without design. So, let’s try and decipher what is in Kamal Nath’s mind. 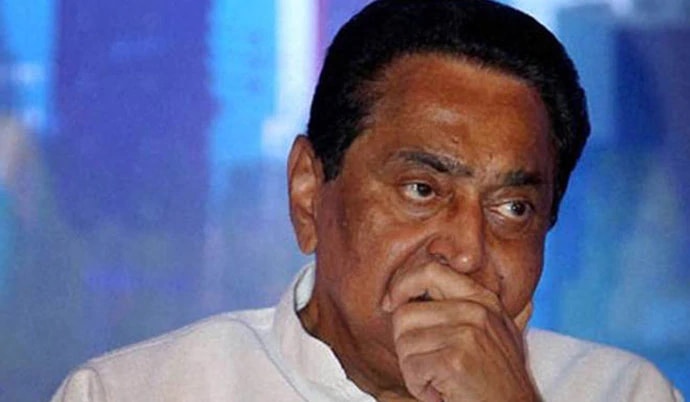 No action or reaction by a politician is without design. (Photo: PTI)

A statement after Kamal Nath decided to have the Jabalpur teacher’s suspension revoked said that while the teacher’s suspension was squarely within rules, he didn’t agree with him. The statement said that the teacher would have a family to support. Taking the moral high ground, Kamal Nath said that while the teacher was free to express himself, teachers are usually people who are looked up to in society, and should decide the boundaries of the freedom they have.

On Tuesday, a statement by Nath shared by Congress spokesperson Narendra Saluja pointed out that that again, while the suspension was within rules, he had decided to revoke it, even though it pertained to comments against Congress President Rahul Gandhi. Further, Nath said that he had decided to revoke the suspension because the Congress President believes in freedom of expression and had often said that this sort of criticism only makes him stronger.

Kamal Nath scored a point over the BJP while doing this, especially since a few days ago, the Delhi police came down to Bhopal to arrest a youth who had used derogatory language against the Prime Minister. The MP government objected to Abhishek Mishra’s arrest too, albeit on technical grounds, that the Delhi Police had made the arrest without informing their local counterparts in Bhopal.

The opposition to the arrest comes in sharp contrast to what the previous BJP government had been doing in the form of alleged public thrashing of those who were accused of indecency with women. It is also in contrast to the numerous arrests made for making derogatory remarks on social media against ruling party politicians. 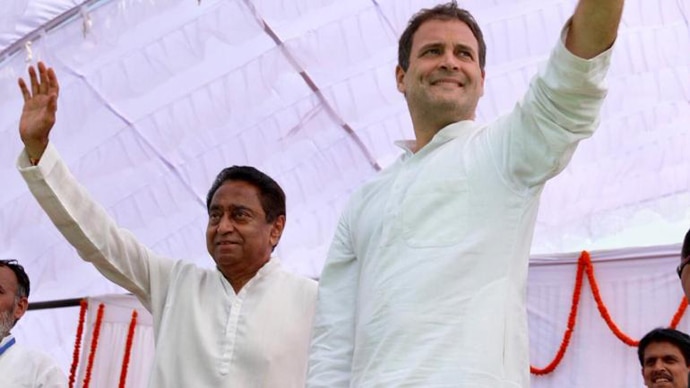 The refusal to ban The Accidental Prime Minister was also a well thought-out move. The film did not get any publicity it would have, had it been banned in MP. Needless to add, the film sank without a trace.

Perhaps he realises that the Emergency – and whatever it stood for – ensured that the Congress was voted out of power for the first time after independence. This is something he has often spoken of publicly after taking over as CM. He also understands the importance of appearing to be different from the BJP with regard to the way such issues are handled.

While it’s clear which way Madhya Pradesh is heading with leaders upholding liberal values, the bureaucracy is a bit confused. Should Collectors in the future continue suspending on such deviant government employees? No suspension, no magnanimity.

#Madhya Pradesh, #Congress, #Free Speech, #Kamal Nath
The views and opinions expressed in this article are those of the authors and do not necessarily reflect the official policy or position of DailyO.in or the India Today Group. The writers are solely responsible for any claims arising out of the contents of this article.