You don't have to like Kamala Harris. But you can't not acknowledge her

Kamala Harris is the realisation of the American Dream to all the people of colour in the world. You cannot help but look at her, and the man who chose her as his running mate, with hope no matter which part of the world you are in.

Truth be told, it probably makes no difference to an Indian sitting half a world away from a country that just elected its first woman Vice President. A woman of colour. A daughter of immigrants. It doesn't really matter what her views are on Kashmir or whether she acknowledges herself as an Indian or anything at all. She is a woman. And she is the Vice President of the United States of America. 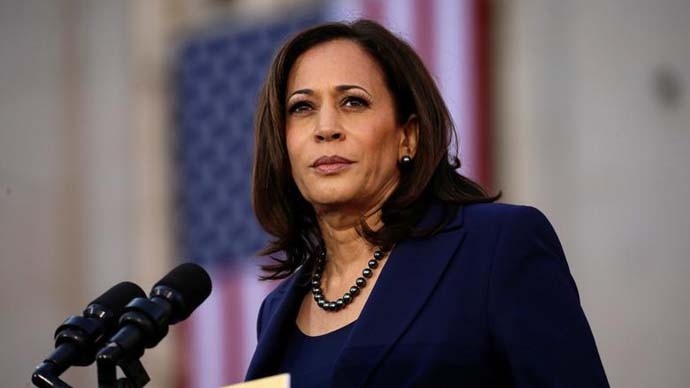 You might not be able to draw a direct link with her, in a bid to appropriate her, like we Indians love to do with every achiever in the West, but you need to see her for what she made possible. She took a sledgehammer and broke the glass ceiling. For all the little girls, for all the kids of immigrants, for all the people of colour. Kamala Harris made Madam Vice President a reality.

It took a woman 231 years to reach the Vice President's office. Years of oppression that the women before her turned into years of opportunity for the likes of her. Harris, to all the people of colour sitting in the world watching her, is the realisation of the American Dream. She is the understanding that nothing, truly, is impossible. You cannot help but look at her, and the man who chose her as his running mate, with hope no matter which part of the world you are in.

That's the thing about hope. It is permanent. Hate doesn't quite match up to it, regardless of what 2016 might have shown us. In 2016, we sighed at America, on behalf of America, when it elected as its President a man who did not have any business being in that position. We sighed at a woman losing, despite winning the popular vote. But for women all over the world, it was but a build-up to this moment. Because admit it or not, a woman of colour, who wears pant-suits with sneakers and dances with kids and takes her nieces to see with their own eyes The Moment, is a little cooler than a white woman President. Hillary herself would probably agree.

On most days, that's loud enough.