Jailed JNUSU president Kanhaiya Kumar reminds me of another JNUSU leader, Chandrashekhar Prasad, who was killed in broad daylight while addressing a public meeting in Bihar's Siwan district on March 31, 1997.

As a young student at the Aligarh Muslim University, I had a chance to interact with Chandrashekhar months before he was killed. 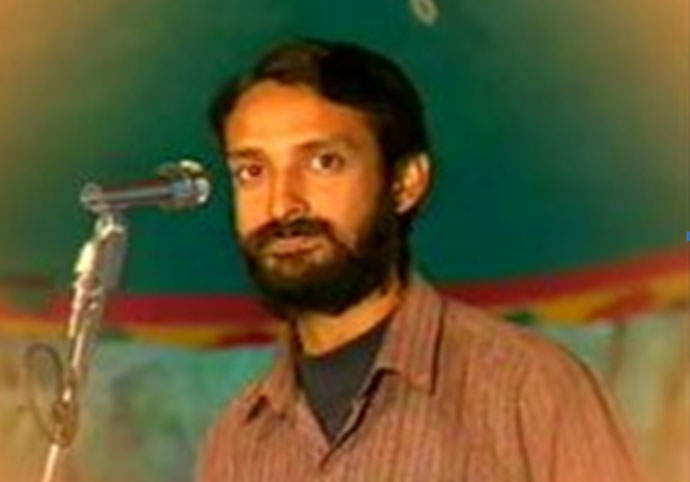 The ultra-left All India Students' Association leader was a suave, articulate and charming person with humble roots, just like Kanahiya Kumar.

Prasad, who was twice elected president of the JNUSU, ruled the hearts of the students with his grasp over grassroots affairs. A master orator, he won people wherever he went. A potential mass leader in every sense of the term.

During an hour-long interaction in Aligarh, Chandrashekhar spoke about his plans on bringing on a "revolution" for clean politics as he planned a career from his own district, Siwan, where RJD leader Mohd Shahabuddin's reign of terror was supreme.

Those were the days of real jungle-raj in Bihar. The notorious RJD leader was considered a law unto himself in Siwan.

Chandrashekhar could never achieve his goal.

On March 31, 1997, he was shot dead along with another CPI(M-L) leader while he was addressing a public rally.

People who know of this murder say Shahabuddin was threatened by the rise of Chandrashekhar, who soon proved to be a crowd-puller in Siwan.

Chandrashekhar paid the price for taking on the mighty goons running the state. I have little doubt he would have changed the discourse of Bihar politics if he had remained alive. Then, Chandrashekhar had spooked the Lalu Raj in Bihar; today, Kanhaiya has done the same with the mighty Modi government.

Soon, Kanhaiya will be out on bail. Vigilante nationalists are baying for his blood. I just pray he does not meet Chandrashekhar Prasad's fate.

Post your comment
#Student politics, #JNUSU, #Chandrashekhar Prasad, #Kanhaiya Kumar
The views and opinions expressed in this article are those of the authors and do not necessarily reflect the official policy or position of DailyO.in or the India Today Group. The writers are solely responsible for any claims arising out of the contents of this article.