What’s a brown life worth? Apparently, not so much.

On Wednesday evening, two Indian men were shot, one fatally, in Kansas City by a man yelling “get out of my country.” A clear instance of hate crime, a lone wolf terrorist attack by a white man. This is the type of attack that is breaking news on cable news and newspaper front pages in the United States.

But not if you are brown.

Not if you are killed in Kansas, the American heartland.

The killing drew nary a headline in major newspapers on Thursday. On Friday, none of the major USA newspapers had it as a major story. Even CNN didn’t call it breaking news, and for those who watch CNN, breaking news is a regular occurrence. Just last month Saturday Night Live joked that they were looking forward to not seeing and hearing the ubiquitous CNN breaking news alert.  SNL need not worry, there was pin drop silence for this hate crime. 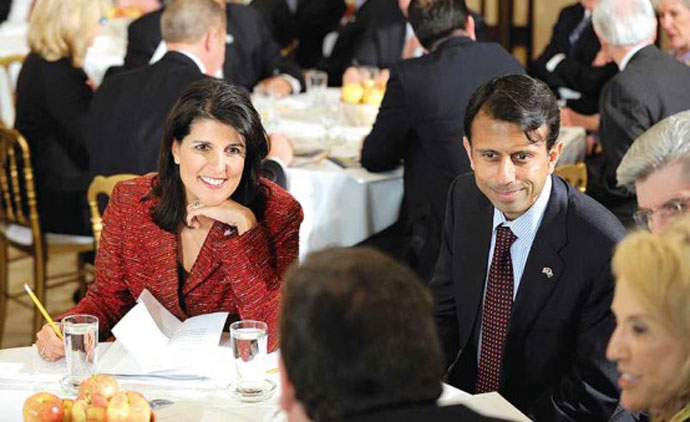 But it wasn’t just the major media that ignored this tragedy. The five Indian-American Congressmen too were deafly silent. Nothing from Ami Bera, Ro Khanna, Pramila Jayapal, Kamla Harris or Raja Krishnamoorthi (Congressman Krishnamoorthi did tweet and issue a statement, but nearly two days after the attack).

The silence was bi-partisan. Ro Khanna is going to coal country to help children there learn to code. Senator Harris is seen as a candidate for President in 2020 — so would be ambassador Haley or governor Jindal. Congressman Krishnamoorthi’s district is in the Midwest like Kansas. Congresswoman Jayapal is progressive and speak out on equality issues. All of them have a stake in speaking out.

The Indian celebrities too have done no better. The two crossover Indian stars, Priyanka Chopra and Deepika Padukone, have been silent. Aziz Ansari, who gave a brilliant political monologue on SNL last month, has been silent. So are Mindy Kaling or M Night Shyamalan or many other leading Indian-American celebrities. All of them regularly Tweet. Except for now. This is a pretty impressive group to keep silent. Many of them haven’t found a microphone they don’t love. Yet now, nada.

They need to speak up. The media needs to cover this. Not the Indian media (which has covered it), but the American media.

The New York Times finally did, but its main point was — the Indian government is upset. Kudos to the Indian foreign minister for calling this out. The NYT quotes an analyst about how this killing won’t affect Indian-American relations unless there are more killings.

The killer, the terrorist, didn’t know the people he shot were Indian.  He saw brown and assumed "Middle Eastern".  For him brown meant foreigner and it meant death.

That’s the story.  The story is of cold-blooded hate. Of hate, so pure and deep, so evil, it leads to violence and death. The story is about whether brown Americans need to worry about their safety walking down the street, eating at a restaurant, worshipping at a church, a temple, a gurdwara or a mosque.

Samrat Chakrabarti, a dashing handsome Indian-American actor, posted a photo of him in character in a movie on Facebook.

Samrat looks just like murdered Indian, Srinivas Kuchibhotla. And therein lies the fact, it could have been any of us — Samrat, Aziz, Kunal Nayyar, M Night, Ro, Ami, Raja, Me or a younger Shalabh. This "heinous hate" knows no religion, no party affiliation, no country, no nothing, it knows only colour.

Hate attacks against brown people aren’t new. They have happened before.

The 2012 gurdwara massacre in Wisconsin stands as the most horrific example. The then president Barack Obama spoke out as did speaker Ryan and governor Walker.

Hate crime, domestic terrorism as the then attorney general Eric Holder called the 2012 massacre, needs to be rooted out. Whether it’s 2012 Wisconsin, 2015 Charleston, or 2017 Kansas, leaders need to lead.

Social media has had an effect. Almost US $500,000 have been raised for the victims of the shooting. Indian-Americans have tweeted and posted about the incident raising the awareness of the horrific Kansas shooting. Now, the community leaders need to step in and speak up, demand action.

Their silence may not be unexpected, but it shouldn’t be accepted. Nor should the silence of cable news, mainstream media, and Indian-American leaders.

#Indian-Americans, #Trump, #Hate Crime, #Kansas shooting
The views and opinions expressed in this article are those of the authors and do not necessarily reflect the official policy or position of DailyO.in or the India Today Group. The writers are solely responsible for any claims arising out of the contents of this article.

Washington DC based, the writer is founder of Impact Analytics, a data analytics firm. He spent 12 years in Mumbai and has worked extensively with corporates and NGOs on both sides of the Indo-American divide.