The apex court has said that government formation in the state would be subject to the final outcome of the case before it.

Post-midnight drama in the Supreme Court, only the second such instance in the history of the apex court, has failed to resolve the Karnataka conundrum.

On the contrary, the "natak" (drama) in Karnataka will continue for weeks as the Supreme Court refused to restrain BJP leader BS Yeddyurappa's swearing-in as chief minister, a low-key event that took place on Thursday morning, May 17. 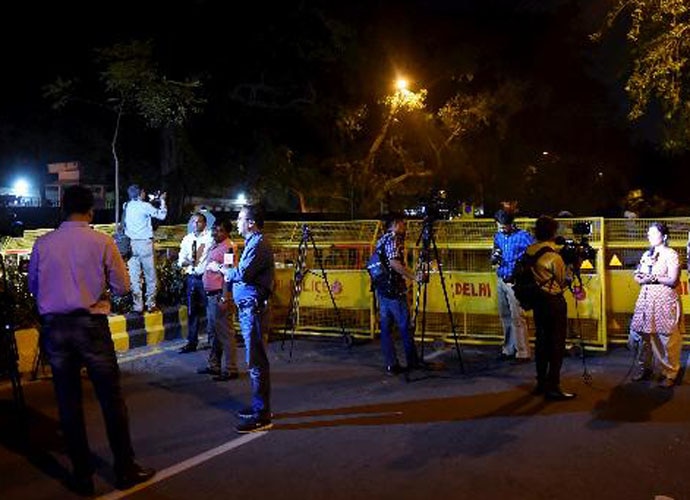 While the Supreme Court refused to stay the swearing-in ceremony, it added that the government formation in the state would be subject to the final outcome of the case before it. Listing the matter for Friday (May 18), the court said it wanted to see the letters dated May 15 and 16 submitted by Yeddyurappa to Vala staking claim to form the next government.

The governor shouldn't have given Yeddyurappa more than 48 hours to prove his majority. Such a long time to prove that he has the numbers to form government will inevitably trigger all the evils associated with the Indian politics for decades - poaching, horse-trading, switching of loyalties and the latest one added to this unholy list, resort politics.

The results of the Karnataka polls have thrown up a hung Assembly with BJP, the single-largest party, falling short of eight seats to reach the simple majority figure of 112 and the Congress-JDS combine pegged at 116 seats. Against this background, an openly partisan governor has ensured it's time for the political "mandi" to start business. As they say, coming events cast their shadow before, here are two such pointers that preceded the governor's favourable gesture to the BJP:

1) One of the two independent MLAs has given extended his written support to Yeddyurappa.

2) Only 66 out of the 78 Congress MLAs were present for the party's legislative meeting at the Karnataka Party Congress Committee office in Bengaluru on Wednesday, May 16.

Now, wary of the financially stronger BJP, the JDS and the Congress have begun the process of trying to safeguard their MLAs by herding them in resorts - the JDS has taken its 37 MLAs to the outskirts of Bengaluru which happens to be a JDS bastion, while the Congress has shifted its 78 MLAs to Punjab. The reason is simple. The post-poll allies want to pre-empt a repeat of BJP's "Operation Lotus" of 2008 and are determined to safeguard their flock.

This brings us to the bleak irony of the times we live in that people repose their trust in politicians by electing them as their representatives, but politicians are not trusted by their own parties that ship them away to resorts in distant lands to prevent them from being poached by rival parties having deeper pockets.

JDS leader HD Kumaraswamy, the aspiring chief minister backed by the Congress, has alleged that the BJP is offering JD-S MLAs Rs 100 crore each. Kumaraswamy went on record saying, "JD(S) MLAs are being offered Rs 100 crore each. Where is this black money coming from? They are supposedly the servers of poor people and they are offering money today. Where are the income tax officials?"

However, this time the Congress-JDS combine is more watchful. They are not only vowing to protect their flock but are indicating counter-poaching. Kumaraswamy rang out a warning shot to the BJP with these hard words: "BJP's Ashwamedha Yatra started in the north, the horses have been stopped in Karnataka. This verdict is to stop the Ashwamedha Yatra. Forget 'Operation Kamal' being successful, there are people who are ready to leave BJP and come with us. If you try to poach one from ours, we'll do the same and take double from you. I'm also telling the governor not to take any decision which encourages horse-trading."

Going by what happened in Goa, Manipur and Meghalaya, the writing on the wall is clear. The BJP will leave no stone unturned to prevent Karnataka from slipping away after emerging as the single-largest party.

On 4 February, 2017, the Congress emerged as the single-largest party in Goa Assembly polls winning 17 seats in the 40-member house, with the BJP finishing with just 13 seats. And yet the BJP faced no difficulty in forming the government, made Manohar Parrikar resign as the defence minister and ensconced him as the chief minister for the second time.

When the Manipur results were declared on March 11, 2017, the Congress had 28 seats in the 60-member Assembly, three short of majority. The BJP was far behind with 21 seats. Four days later, the BJP formed its first government in Manipur and its leader N Biren Singh, a journalist-footballer turned politician, was sworn in as Manipur's 12th chief minister with support from allies like National People's Party (NPP), Naga People's Front and the Lok Janshakti Party.

The same old story was repeated in Meghalaya when Assembly election results came out on February 27, 2018. The Congress again emerged as the single-largest party with 21 seats in the hung house, 10 short of a clear majority in the 60-member Assembly.

The regional party NPP won 19 and the BJP just two. Yet the BJP pipped Congress to the post and managed to form a non-Congress government with NPP's Conrad Sangma as chief minister and one of its MLAs, Alexander Hek, getting the prestigious portfolio of health in the cabinet. BJP president Amit Shah attended Conrad Sangma's swearing-in and conveyed an impression to the general public that a BJP government was being sworn-in even though the BJP has just two legislators in the 60-member house.

Now that the BJP has got an opportunity to form the government in Karnataka, the party should not find it difficult to prove its majority on the floor of the house. After all, the BJP hadn't emerged as the single-largest party in Goa, Manipur and Meghalaya while the Congress had. And yet the BJP stormed to power cornering the Congress. In Karnataka, the BJP has emerged as the single-largest party and nearly equal to the Congress, JDS put together, though eight short of majority.

After the governor's much-expected largesse, the BJP doesn't really have to take the obscenely expensive route, as alleged by Kumaraswamy, by offering Rs 100 crore for each MLA.

It would send a wrong message to its 104 elected members and make them feel that they are being taken for granted and have no "value" (pun intended) for the party high command. The BJP can bring the current strength of 222 members of Karnataka Assembly if it persuades 15 Congress-JDS MLAs to resign as in that eventuality the house strength would come down to 207 and bring the magic figure down to 104 — the current BJP tally. Alternatively, it can egg on Congress-JDS MLAs to absent themselves during the vote of confidence or indulge in cross voting.

Given the BJP's recent exploits in Goa, Manipur and Meghalaya, the Karnataka challenge is much easier for the saffron party. This marks the onset of yet another season of poaching and horse-trading. Tighten your seat belts folks for another political roller coaster. Over to resort politics.

Post your comment
#Kumaraswamy, #BS Yeddyurappa, #Karnataka elections, #Karnataka verdict
The views and opinions expressed in this article are those of the authors and do not necessarily reflect the official policy or position of DailyO.in or the India Today Group. The writers are solely responsible for any claims arising out of the contents of this article.