Cauvery row: Why Siddaramaiah is always in the news for wrong reasons

The Karnataka CM failed to use the infamous water dispute as an opportunity to rise to the occasion.

When a famous writer from Assam landed in Bangalore on September 12, he had to shell out Rs 2,300 for a taxi, which took him from the airport to his hotel. The fare used to be Rs 400 earlier.

This incident describes the lawlessness in the Karnataka capital as violence has gripped the state since the Supreme Court verdict on Cauvery water dispute on September 5.

In an interim order, the apex court had asked Karnataka to release 15,000 cusecs of Cauvery water daily for next ten days to Tamil Nadu, leading to protests in several parts of Karnataka.

Complying with the Supreme Court direction, the Karnataka government on September 5 decided to release water despite "severe hardships". The next day the government wrote to Union water resources ministry, saying drinking water needs are likely to be "jeopardised" if water is released from the four reservoirs in the state.

It said that Supreme Court's order would have been "different" if a report of experts on "ground realities" in the state was made available to it before it gave the interim order.

The Supreme Court alone did not ignore the ground realities. Anyone who has followed the Cauvery water dispute between Karnataka and Tamil Nadu could anticipate violence, as it has remained a politically and emotionally volatile issue in both states. 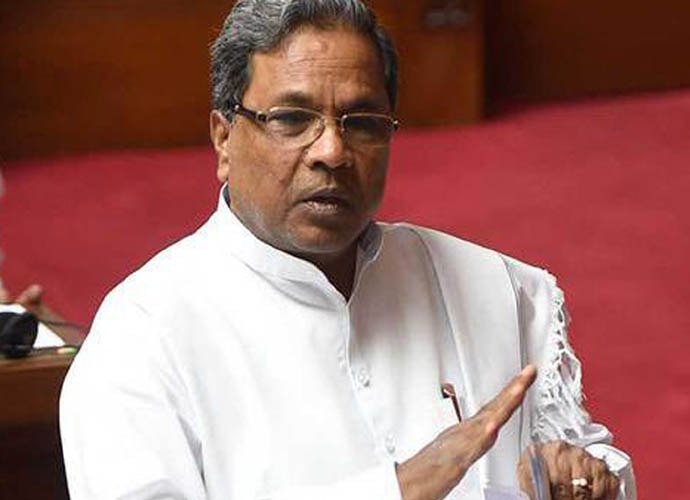 Despite this, Karnataka chief minister Siddaramaiah failed to prepare his administrative machinery to handle situations that could arise from an adverse court verdict.

It is fine to shoot off angry letters to the central government and Tamil Nadu chief minister, but what was more important was to ensure that the past episodes of violence are not repeated.

Letter written to the Chief Minister of Tamil Nadu pic.twitter.com/GMSM0A437U

The Karnataka chief minister is happy making Twitter appeals to people not to spread hatred and violence.

Siddaramaiah could be expecting political dividends even as he watches the state descend into chaos but electoral fortunes could be unforgiving. He may play the victim card, shifting the blame to the apex court and to a hostile Centre but that can only be an electoral slogan.

There is enough evidence that his government never focused on alternative solutions when the court battle was going on. Or perhaps, he hoped this emotional issue would divert the attention from allegations of mis-governance and internal dissidence in the party.

As the lone Congress chief minister of a big state, Siddaramaiah has an added responsibility. But he has often been in the news for all the wrong reasons.

The Cauvery water dispute provided him an opportunity not only to emerge as a statesman but could have propelled him to the national platform.

Instead, he presided over a hate campaign, which resulted in ransacking of properties belonging to Tamils residing in Karnataka.

Post your comment
#Congress, #Siddaramaiah, #Karnataka, #Cauvery water dispute
The views and opinions expressed in this article are those of the authors and do not necessarily reflect the official policy or position of DailyO.in or the India Today Group. The writers are solely responsible for any claims arising out of the contents of this article.