So, the backroom deals aside now, one of the most important takeaways from the Karnataka polls is this — ignore history, but at your own peril.

In Karnataka, the Congress, led into elections by party president Rahul Gandhi, committed the same mistake — peddling "soft Hindutva" — earlier made by Rahul's father, Rajiv. But the party refused to learn from its own past. 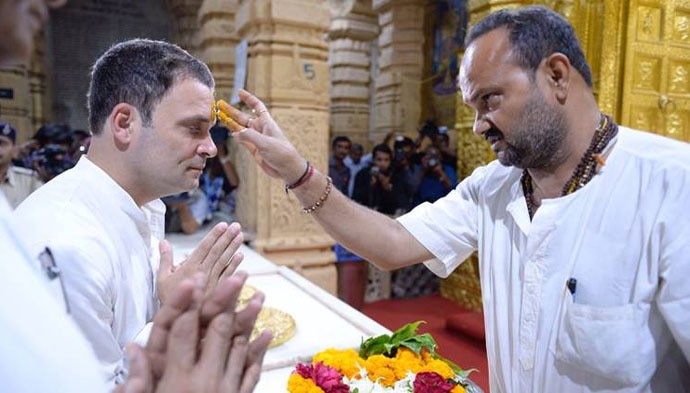 The result — a decisive electoral blow — has been the same.

The contemporary "soft Hindutva" of the Congress (seen in 2017's Gujarat Assembly polls too, where Rahul spoke about being a "Shiv bhakt", his acolytes described his "janeu" and he visited multiple temples, skipping dargahs and mosques in a state where Muslims had literally been pushed to the wall) was in full display around the Karnataka polls. To counter the BJP, with its appeal to Hindu groups, the Congress tried to be clever in Karnataka. Only, its Lingayat move — to announce the Lingayats, approximately 17 per cent of Karnataka's population, powerful across 100-plus constituencies, weren't Hindus but would have a "special religious status" now — proved too clever by half.

The strategy backfired, sparking quarrels between Lingayats and Veerashaivas, with many questioning its rationale, timing and exactly what privileges "a special religious status" would assure anyone — under a BJP-led government at the Centre?

The move also sharpened resentments within diverse Hindu groups, pushing them, as a consolidating mass, towards a gleeful BJP.

So much for the high moral ground then; the Lingayat strategy only spot-lit what everyone in India knows, but relatively few acknowledge — the Congress plays the communal, caste and identity cards, just like other parties do. It has only been better — and this is purely thanks to the grand intellectual legacies of Jawaharlal Nehru and other Independence Movement leaders associated with it — at speaking "secular-speak", painting a beautiful portrait of a composite culture, disbursing lovely phrases, like "the idea of India", in polished discussions at elite clubs, enraptured by socialism while the bearers serve caramel custard. 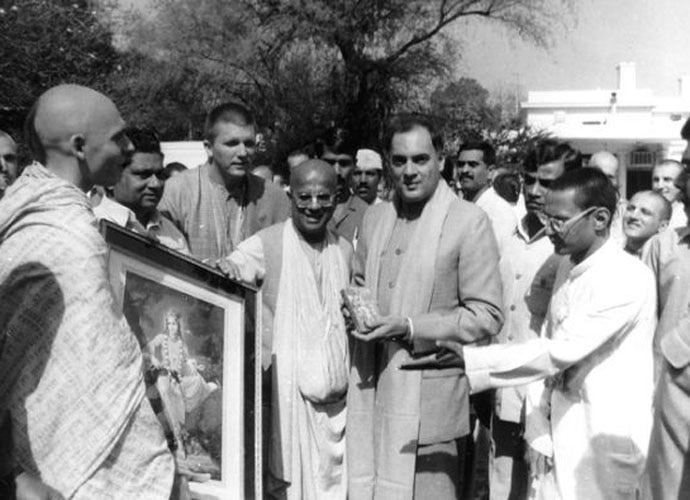 But the Congress' "idea of India" stands exposed — and rejected in the Karnataka ballot.

The party should have studied its own disastrous past with tilting to the right. In 1986, wooing a sulking community of Muslim men, angered by the Supreme Court's decision to have Muslim divorced women awarded maintenance, then-Prime Minister Rajiv Gandhi sidestepped the SC's judgement. The 1986 Muslim Women (Protection on Rights of Divorce) Act, passed in Parliament, allowed Muslim women maintenance for just 90 days after they were — frequently, arbitrarily — divorced. Even the resignation of his own minister, Arif Mohammad Khan, over the unfairness of this Act didn't move Rajiv. Neither did the injustice done to an elderly, divorced, hapless woman called Shah Bano. Instead, the identity politics got worse.

In 1986 again, now trying to woo a sulking Hindu community, Rajiv Gandhi ordered the locks on the disputed Babri Mosque/Ram Mandir site in Ayodhya to be removed and a shilanyas to be conducted there. The result was the exact opposite of what Rajiv and his advisers foresaw — the BJP, which had no coyness about being the "Hindu party", the party of "Jai Shri Ram", all saffron, sadhus and sadhvis, seized the moment.

Swooping in on Ayodhya, the BJP mounted a determined assault through LK Advani's 1990 Rath Yatra, which foreshadowed the destruction of the Babri Mosque in 1992, and led to riots — echoing in 2002. 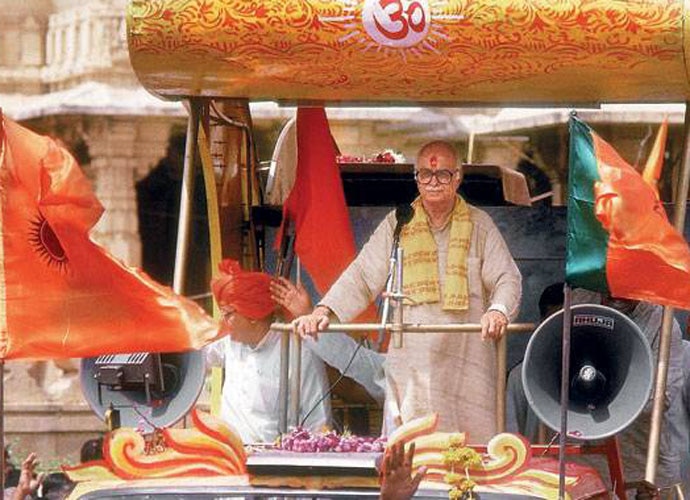 The wrath of the rath: LK Advani spearheaded the BJP's focus on Ayodhya's Babri Mosque

The Congress was no stranger to communal riots. After all, it was in charge when thousands of Sikhs were murdered in 1984. But Rajiv Gandhi didn't see this coming — his soft Hindutva, pale and delicately pink, snatched from his hands, blooming as a bold BJP lotus instead.

In Karnataka, Rahul Gandhi, as Congress supremo, clearly approved the Lingayat ploy. He also attempted to shore up his own "Hindu identity" by visiting temples, having tilaks assiduously applied, meeting seers at muths, even promising a post-poll trip to Kedarnath for himself.

Amidst all the bells and the holy smoke, he didn't emphasize the one issue that would actually mark him out as comprehensively secular.

The Kathua case from January this year.

The Congress' relative silence on Kathua was remarkable.

Why didn't the party's leaders most strongly protest the alleged rape and murder of an eight-year-old child in Jammu, who was reportedly kept captive in a temple for days, gang-raped, drugged, beaten, her head smashed in, targeted apparently for her religious identity? Why didn't the Congress, the "secular" party, charge the "communal" BJP with utterly gross negligence of its duty as the government in power, to protect all citizens, regardless of their identity? Instead of the satirical anti-rape "midnight march" the Congress scion and his sister undertook in Delhi (where female Congress workers and even journalists were harassed), why didn't the party powerfully, consistently and believably assail the BJP, whose leaders reportedly supported the Kathua accused? 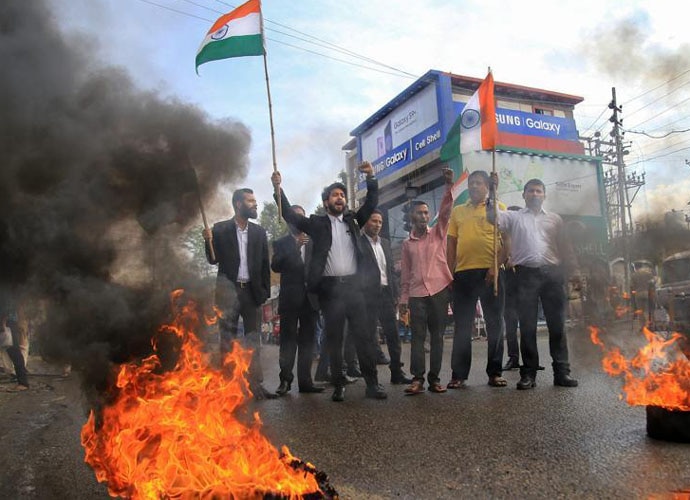 Simple. The Congress' Jammu leaders were doing the same.

The soft Hindutva of the Congress was in full play, not just in Karnataka, but in Jammu too, where its leaders also apparently expressed solidarity with the Kathua accused. The main difference between the Congress and the BJP is thus this — the BJP is unafraid of its own Hindutva. It is sure of its convictions — such as these are — and thumps its chest (unabashed by "56-inch" jokes) about its identity, its aspirations, its push for power.

In comparison, the Congress doesn't look good. It looks weak. And frequently hypocritical.

Just as it did when the "grand old party", which tom-toms liberalism, free speech and the freedom to dissent, banned Salman Rushdie's book The Satanic Verses, purely for the politics of communal identity.

The Congress has repeated its mistakes, as Karl Marx wrote, first as tragedies, then as farce.

The only ones weeping over its votes now are the "intellectuals" who care more about cutesie tweets, not real books, real ideas — or real secularism.