Kartarpur Corridor should not be seen as Indo-Pak rapprochement

If not handled with prudence, the corridor has the potential to become a thorn in India’s ties with Pakistan.

On the 550th birth anniversary of the founder of Sikhism, Guru Nanak Dev, Prime Minister Narendra Modi inaugurated the much-awaited Kartarpur Corridor at Dera Baba Nanak, Gurdaspur, and flagged off the first batch of over 500 Indian pilgrims to Gurdwara Darbar Sahib in Pakistan.

Modi thanked the Prime Minister of Pakistan, Imran Khan, arguing that “he understood and honoured the feelings of Indians about the Kartarpur Corridor and worked towards its completion.” But Khan was in no mood to relent, even momentarily. He raked up the Kashmir issue even at the inauguration of the Corridor when he argued that Kashmiris are still living “like animals” with restrictions on their human rights. “Today what’s happening in Kashmir is beyond a territorial issue. This is about human rights now,” he said to those who were part of the inauguration ceremony.

Khan has been feeling domestic heat for not being successful in his attempts to internationalise the Kashmir issue. So, it is to be expected that he would use every possible opportunity to raise the issue to embarrass New Delhi. For Pakistan, Kartarpur Corridor can become another instrument to take forward its anti-India agenda. (Photo: ANI)

Modi has equated the opening of the Kartarpur Corridor with the fall of the Berlin Wall, arguing that “on November 9, the Berlin Wall was broken down” and “today, on November 9, the Kartarpur Sahib corridor has been opened” for which “India and Pakistan have both cooperated.” But Pakistan clearly has alternative priorities. Despite growing bilateral tensions between the neighbours, especially after India’s decision to revoke Article 370, Pakistan and India, after tough negotiations, managed to sign a landmark agreement to operationalise the historic Kartarpur Corridor.

The corridor allows Indian Sikh pilgrims to visit the holy Darbar Sahib in Pakistan. For New Delhi, this was important to respect the sensitivities of the Sikh community and give a fillip to societal interactions between India and Pakistan. The Gurdwara Darbar Sahib in Kartarpur is considered to be the second holiest site for Sikhism and was built to commemorate the site where Guru Nanak spent the last 18 years of his life. However, for Pakistan, this can become another instrument to take forward its anti-India agenda. The way in which this issue has been managed so far should give New Delhi no confidence about Islamabad and Rawalpindi’s intentions. The civilians and the military have been speaking in different voices even on routine administrative matters pertaining to the corridor.

Just days ahead of the inauguration ceremony of the much-awaited corridor, an official video released by the Pakistan government on the corridor featured Sikh separatist leaders, including Jarnail Singh Bhindranwale and his military adviser Shabeg Singh, who were killed during Operation Blue Star in 1984. Punjab Chief Minister Amarinder Singh laid bare his apprehensions about Pakistan's “hidden agenda” in opening the corridor.

Earlier too, India had conveyed its objections to Pakistan over the presence of a leading Khalistani separatist in a committee appointed by Islamabad on the project. Therefore, there are reasonable concerns in New Delhi that the Pakistan Army would try to revive the Khalistan movement and use the corridor to develop “leverage” with the Sikh community. For Imran Khan, challenges are mounting by the day. Maulana Fazlur Rehman, who heads the dominant faction of the Jamiat Ulema-e-Islam Fazl in Pakistan, has declared open war on Khan, accusing him of failing on all fronts. 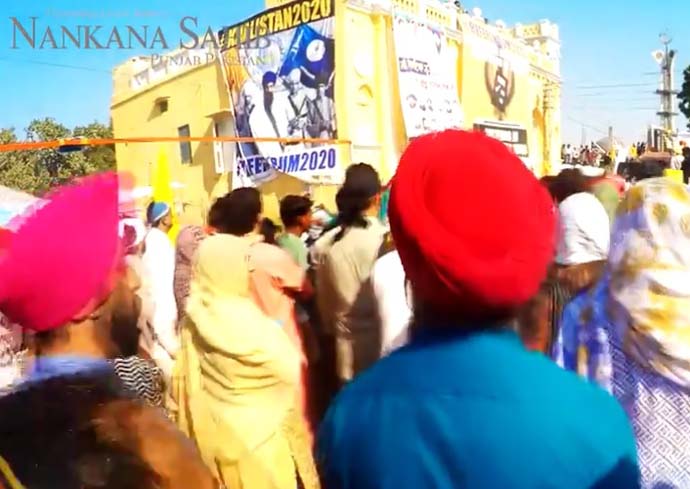 Screenshot from the official video released by the Pakistan government on the corridor featuring Sikh separatist leaders killed during Operation Blue Star in 1984. (Photo: Video screengrab)

The political Opposition has been incarcerated by the Pakistani Army but a rapid deterioration in former Pakistan PM Nawaz Sharif has charged up the political atmosphere at a time when economic hardship imposed by the IMF’s conditions made Khan’s domestic position increasingly vulnerable.

New Delhi’s decision to change the constitutional status of J&K has challenged the fundamental assumptions of Pakistan’s India policy and it is struggling to find an appropriate response. Meanwhile, the Afghanistan situation, which at one point seemed to be tipping in Pakistan’s favour, is back to uncertainty about the American involvement and Taliban’s rise. China too is getting more cautious about its investments in the China Pakistan Economic Corridor with growing wariness in Beijing about investing more, despite Pakistan offering several incentives to Chinese investors and even offering its oil and gas sectors as investment opportunities.

For any ‘rational’ state, normalising ties with India would have been a priority under these tough circumstances, but for Pakistan’s military-intelligence apparatus targeting India is the best way to ensure their centrality even as the foundations of the Pakistani state are beginning to crumble. So, even as New Delhi embarks on a new journey with the opening of the Kartarpur Corridor, it should not be viewed as a symbol of Indo-Pak rapprochement. Rather, if not handled with prudence, it has the potential to become another thorn in India’s ties with Pakistan.

#CPEC, #Kashmir, #Khalistanimovement, #Kartarpurcorridor
The views and opinions expressed in this article are those of the authors and do not necessarily reflect the official policy or position of DailyO.in or the India Today Group. The writers are solely responsible for any claims arising out of the contents of this article.