The Fine Print On Kartarpur

Too much should not be made of the opening of the Kartarpur Corridor. It is a gesture made to the Sikh community by the government of Pakistan and by our own government, though with opposite motives.

Pakistan seeks to give a fillip to the pro-Khalistan movement, active in the UK and Canada in particular, by appearing generous towards Sikh religious sentiments, in the hope that through them unrest can be stirred up in our Punjab by reviving separatist cliques. We have seen pro-Khalistan activists joining anti-Indian demonstrations abroad by Pakistani origin groups against constitutional changes in Jammu and Kashmir. The central government too would not have wanted to appear insensitive to Sikh religious sentiments by rejecting the Pakistani initiative and run the risk of provoking protests against its decision. Another consideration would have been to not give more room to separatist elements abroad to promote the Referendum 2020 call for Sikh independence.

New Delhi could not allow this General Bajwa-Navjot Singh Sidhu initiative to be developed outside the control of the central government, and so it took ownership of the project, even though it has been involved in negotiations with Pakistan at a time when India opposes any dialogue with it without the issue of terrorism being addressed credibly and verifiably. On the face of it, the contradiction is apparent between this positive engagement with Pakistan and the breakdown of relations with it otherwise, but New Delhi has been forced into this position because it cannot allow any constituent state of the Union to take an initiative with serious political implications in the foreign policy and security domains. 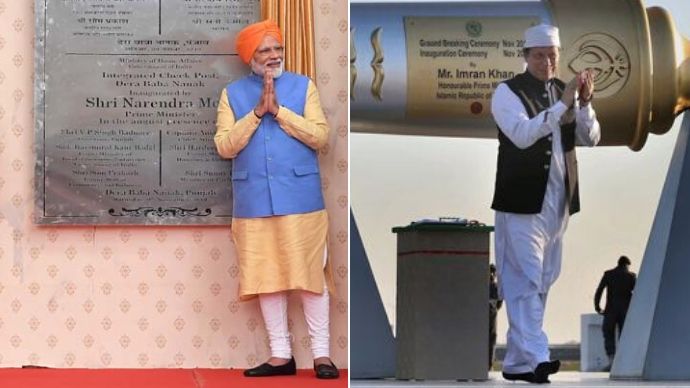 Opening of the Kartarpur Corridor is a gesture made to the Sikh community by the Indian and Pakistan governments, though with opposite motives. (Photo: Twitter, AP)

The Kartarpur Corridor is, at one level, a positive step to open up people to people contacts, but with such contacts otherwise frozen because of the stalemate in India-Pakistan relations, we face one more contradiction compelled by the specific need to respect Sikh religious sentiments. The opening of the Corridor has also seen former Prime Minister Manmohan Singh, the Chief Minister of Punjab and some Sikh ministers from the Centre visiting the Kartarpur shrine on Pakistani soil, and Prime Minister Modi inaugurating the Corridor on our side and Imran Khan on the Pakistani side, and this when the relationship has plummeted to abysmal depths with all the unrestrained rants by Imran Khan personally against Modi and the RSS, and his calls for a religious war against India by Indian Muslims and the Islamic countries worldwide. We should, however, see these contradictions as unavoidable in dealing with a complex situation.

Impact on the future

PM Modi has referred to the fall of the Berlin Wall while inaugurating the corridor (the dates of the two coincide), but these words befitting the occasion need not be given exaggerated meaning. India-Pakistan relations do not hinge on this rather limited issue of access to Kartarpur Sahib by the Sikh community. Is Pakistan willing to abjure terrorism permanently, try those responsible for the Mumbai attacks, put LeT/Hafez Saeed and JeM/Masood Azhar out of circulation, as also the HuM, stop infiltration into Kashmir, end its vicious international campaign against India on constitutional changes in Kashmir, trade normally with India, and so on? Does the Islamic trajectory of Pakistan hold out hope for normalisation of India-Pakistan ties?

The sight of a few hundred thousand Madrasa products staging a dharna led by a religious Pakistani leader to oust Imran Khan shows the forces at work in Pakistani polity. Has the Pakistani army now decided to abandon its revanchist policies against India? 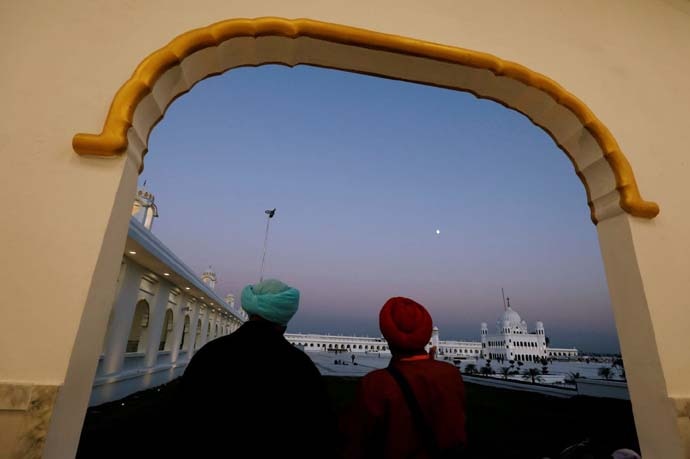 India-Pakistan relations do not hinge on the limited issue of access to Kartarpur Sahib by the Sikh community. (Photo: Reuters)

These are the obstacles to the normalisation of India-Pakistan ties, which gestures made by Pakistan to the Sikh community with ulterior motives cannot overcome. Even at the opening of the corridor Imran Khan and his Foreign Minister have raked up the human rights issue in Kashmir, making its resolution a pre-condition for engaging in bilateral trade etc.

Pakistan has also grossly interfered in India’s internal affairs by expressing its deep concern at the failure of the Supreme Court to uphold the demands of justice, citing criticism by the UN that the Court has proved unable to protect the interests of Indian minorities, and dismissing the decision as shredding the veneer of “so-called secularism of India by making clear that minorities in India are no longer safe; they have to fear for their beliefs and for their places of worship” and that “the Indian government should ensure the protection of Muslims, their lives, rights and properties and avoid being yet again a silent spectator of Muslims becoming the victims of Hindu extremists and zealots”. Pakistan has urged the international community to play a role by restraining India from pursuing an “extremist ideology.” India has strongly responded to this diatribe against India by condemning Pakistan’s “pathological compulsion to comment on our internal affairs with the obvious intent of spreading hatred”.

The Pakistan intention is clear: to mobilise opposition to the verdict amongst India’s Muslims. Pakistan’s other mistaken belief is that it can fuel separatism in Punjab by exploiting Sikh religious sentiments. Pakistan has come to its present pass because it remains a prisoner of its delusions.