Keep it cool: With Pakistan, India should never confuse deep friendships for the deep state

Our relationships with nations are deeply personal things. So intimate, you don’t even know when a nation envelops you with its blanket of stories, some borrowed, some, your own. In the backdrop of Kartarpur, I have a story to share. Of how I got to know the nation of Pakistan.

It was 2000. I was new at Cambridge University, on a scholarship that gave me all I could ever want, topping my class, surrounded by friends, winning student elections, discovering wine, living life to the fullest.

Suddenly, I lost my father.

It was, as Shah Rukh Khan says wryly of his loss, rather careless of me.

A carelessness which filled me with anxiety. One that stopped me from understanding what had happened to my father — after all, just a few months ago, he was waving me goodbye after summer break. One that had me feeling my way through a new darkness, searching for him, as I tried to keep walking and not fall down. One that had me in tears, wondering how my short-sighted father could go anywhere without his glasses. His watch. His wallet.

They were all from Pakistan.

We had met as undergrads at the London School of Economics, a gang of them, boisterous, merry and flamboyant, studious, curious me. Somehow, something in their jokes, their gags, their songs, their warmth, their love of food made me laugh. They reminded me of home. And yet, they were so different. I must have seemed the same and before I knew it, I had been enveloped in a hug from Pakistan that lasted me years.

Years in particular which went from shimmering light to utter dark.

My Pakistani friends didn’t abandon me. On the contrary, as my world fell apart, they took me to their heart. My dearest friend invited me that winter to her wedding in Lahore. Friends came all the way to Delhi, stayed and traveled with me to Pakistan. With my friends, I discovered the most fabled city of the Punjab. 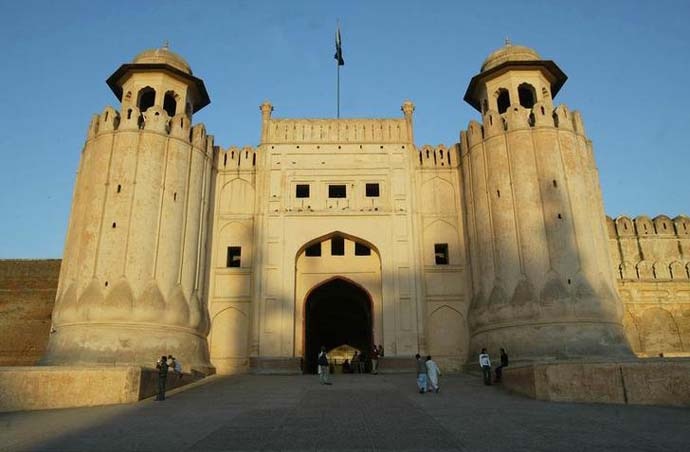 Lahore was a city of many charms. (Photo: Reuters)

Lahore was like a jewel box. At least, its central parts which were still dotted with luscious green parks. With wide, gracious streets. With sudden, breathtaking old havelis that sported the signboards of old times, ghostly letterings, Hindi names, Gurmukhi scripts, glimmering under new Urdu lettering.

I saw so much of Lahore. Its shaadis, where the young people danced joyously to perfectly rehearsed Bollywood numbers. Its walimas, which simply groaned with food. Its parties, which in their sheer voluptuousness, their capacity to lie back on cushions of silk and drink, think and talk about Spinoza and sex while the staff silently pottered about, gleamed through dark nights. Its feudals — about 50 families ran the country. Its Aitchison College — alma mater of Imran Khan — with its smart classrooms, its huge lawns, its tiny snack shop that sold ‘hud-dugs’ with pink sauce. Its Fort, all terrazzos of marble and jaalis of jeweled stones that gleamed dully in the sunshine. Its Liberty Market where buying shawls — everyone thought I was Pakistani — the vendor told me, yeh toh mehnga hai, India se aaya hai. Its Café Zouk where we ate great Continental food and its 'androon shaher ka' Gawal Mandi where we ate South Asian food that melted in ghee and hot spice. And its Canal where driving, we got lost in a thick December fog and, cracking up in laughs, followed the car ahead of us, only to drive right into his drive and be greeted by a most quizzical guide. The canal is the waterway of Lahore. (Photo: Reuters)

Lahore was magical. Its magic didn’t lie in its beauty, in its haunting quality of the past wrapped around its shoulders like a gossamer shawl, in its ability to shake that shawl off and break into a mad bhangra.

For that, and for all the tenderness and merriness and humour and warmth my Pakistani friends filled my life with, I will always be eternally grateful.

But I will also be eternally vigilant.

For our relationship with nations is emotional, yes.

But it is also a sharp intellectual tryst.

Soon after I visited Lahore for the first time, 9/11 happened in the United States. 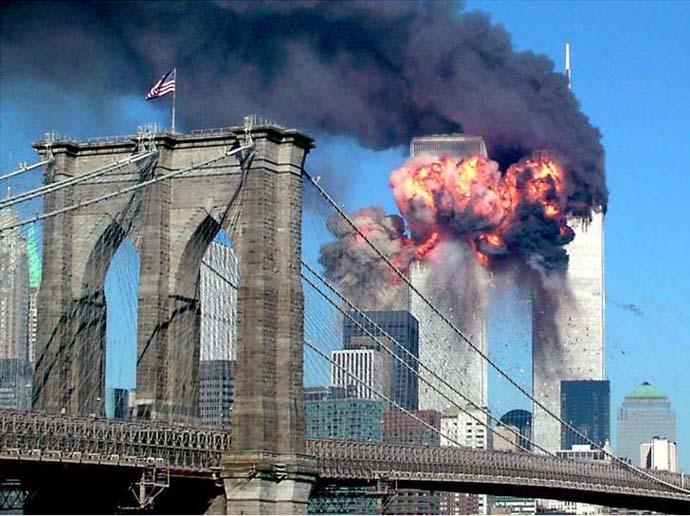 Suddenly, with its brow furrowed, it became a world that would wall itself off, rather than be devastatingly attacked again. A world which would avenge itself by attacking not Saudi Arabia, where 9/11's attackers mainly came from, but instead, Afghanistan.

In that world, I saw Pakistan change.

As I returned, to see friends, attend shaadis, do research for the PhD I'd started on Punjab and militancy, I literally saw Pakistan shrink into itself.

I saw the nation that only had its joie-de-vivre to recommend it fear its own joy of life.

With the War on Terror raining bombs and funds on Af-Pak, Pakistan made a choice. Its state abandoned all notions of development or governance. It became a terror ka zamindar — a feudal lord of radicalism and violence, growing this, yoking human beings to its cultivation, selling it, buying it, renting it, enjoying life through it. And doing nothing else.

But Pakistan's terror-feudalism came with a twist. Slowly, the 'Talibs', the 'beardy-weirdies', the 'fundos' who, my friends – educated, liberal and cosmopolitan – had scoffed at, creeped out from the margins of their mosques to take centre-stage. And people like my friends found themselves pushed aside. Of course they were also to blame. Their fathers, after all, were the feudals who wouldn’t share. The businessmen who had flats in Mayfair. The army generals who injected opium and violence into the veins of the Afghans.

They just didn’t know when the sons they had thus fathered would suddenly become their baaps. For me, the turning point in understanding Pakistan came with Daniel Pearl’s killing.

In 2002, the 38-year-old Washington Post journalist, with an oval, clever face and a jaunty smile, was kidnapped in Karachi and slain, executed on video by a mad Khalid Sheikh Mohammed, who slit his throat and sent out the filmed murder to the world. They killed Daniel Pearl. And Pakistan was dying too. (Photo: The Washington Post)

It was the first ISIS-style execution. But it was enough for me to understand Pakistan, the old Pakistan, even its genial post-Partition ghost which I had seen, was dead.

From a country which reveled in the rhetoric of its large heart, it became one whose vision and emotions were to contract simply to hate, to an evil domination of the vulnerable. Or, the brave.

In 2005, the famous shrine of Pir Rakhel Shah was attacked.

In 2007, Benazir Bhutto was assassinated.

In 2014, children at school in Rawalpindi were brutally murdered.

The Rawalpindi attack shook the world. But it was too late for Pakistan. (Photo: Reuters)

The old Pakistan, that is.

But such was the magic of Lahore that even a mention of that silken, faded city, with its remnants of palaces and its broken pieces of verse, its green parks, before they were filled with Christians shot dead by fundos, can bring back a certain heady charm.

Therefore, it is imperative for India to be vigilant.

Yes, many Pakistanis are super people. But their state is anything but that.

It is, if anything, even more anti-India, even more venal and even more venomous towards us than it ever was. It now carries with it so much venom, it has corroded its own self. And it has only poison to offer us, in the guise of a jhappi, a kebab, a silken kameez, a deliciously rhetorical jawaab.

This is simply clever PR.

Which will make an advertisement of the noble intentions of Prime Minister Imran Khan and use India’s naivete to normalise itself before a doubtful world. And then, before we know it, we will be stabbed deep in the back again, by a deep state that uses the Kashmiris it can find to come lob stones and bullets and bombs at us. Don’t ever confuse the Pakistani people with its state — poor things, most of the time, the people are the greatest victims of the Pakistani state.

But, much though I sympathise, I see no reason for us to join them.

It took years of research, ethnography and thought for me to make the clear distinction between those Pakistanis who were my friends, and their state, which would always be my antagonist.

Some years after 2000, I finished my studies and found myself drawn to another nation.

One that offered me my first job. One that took me into its arms but also threw at me tough challenges. One that fed me — and taught me how to earn to feed myself. And how to value that act and never take it for granted, for the right to work, to earn, to give yourself a good, a dignified, a joyful life — a right each one of us has here — is what distinguishes India from Pakistan.

There, that right has always been seen as the exclusive preserve of a few.

It is the exact opposite in India.

After my studies, I returned home. And I fell slowly, madly and irrevocably in love with my motherland.

But that is another story.