Why the Kartarpur Corridor could revive the Khalistani movement

The fall of Indian politics is in full bloom.

Promises made by the Modi government remain unfulfilled, the Opposition is insulted appallingly, the public interest is widely disregarded and religion-based politics is ripping apart the country’s once celebrated secular fabric.

But it’s that last part that’s the most disquieting of them all.

The recent Kartarpur Corridor announcement is definitely a matter of glee, but it brings reasons to be worried too. While many Sikhs have welcomed this move to open a visa-free corridor to visit Gurudwara Kartarpur Sahib in Pakistan, a majority of the population feels that this move tends to obscure the dire impact on the country’s security.

So, what might be an act of the BJP and SAD to please the domestic Sikh audience, could prove to be a disaster in the long run. The reason I have not mentioned the Congress here is because the Punjab chief minister has unequivocally criticised Pakistan and took a principled stand by boycotting the Kartarpur opening ceremony held across the border, though his cabinet Minister, Navjot Singh Sidhu has welcomed this initiative by Pakistan and attended the ceremony in his individual capacity. Many experts are weighing up this move as a trap set up by the Pakistan government to engage in a conversation with the Indian government which has been disregarding the need to improve bilateral ties with the former.

But can a corridor lead to peace between the two neighboring countries which have been at loggerheads for long? Absolutely not!

In retrospect, this move reminds me of the Delhi-Lahore bus which Atal Bihari Vajpayee took to Lahore in 1999. While it was meant to strengthen Indo-Pak relations, the bus service and the ensuing bonhomie between the two nations died in less than three months when Pakistan undertook a military incursion into Kargil in Jammu and Kashmir.

The present situation looks as grim as it was about two decades ago. It’s a no-brainer that India’s current Pakistan policy is extremely flawed. But now when India’s Prime Minister Narendra Modi suddenly believes that Islamabad’s offer of building a corridor from Gurdaspur in India to Kartarpur in Pakistan will act as a bridge to the neighboring country, it requires some serious introspection into the PM’s motive.

All this has happened just a few months after New Delhi rejected Pakistan’s proposal to open the Kartarpur Corridor by saying that terror and talks cannot go together. The Kartarpur Corridor move reminds one of the Delhi-Lahore bus which Atal Bihari Vajpayee took to Lahore in 1999. (Photo: PTI)

After pouring repugnant attacks on Punjab cabinet minister Navjot Singh Sidhu when he raised the Kartarpur Corridor issue with Pakistan earlier, the BJP and the Shiromani Akali Dal seem to be delighted over their new-found love for the corridor. Not to miss that Union minister Harsimrat Kaur Badal, who accused Sidhu of furthering his own agenda, ironically appeared quite glad to be a part of the ground-breaking ceremony of Kartarpur corridor in Pakistan.

In India, a poignant part of politics is playing the religion card.

And what’s happening in Punjab in the name of Kartarpur Corridor clearly depicts the same.

But what we have forgotten is that our neighbour has been famous for its strategy to appease hardliner pro-Khalistani outfits. And that this corridor could pose a great threat to India’s sovereignty. This could not only lead to communal disharmony in Punjab but could also the revival of Khalistani terror in the state.

During my conversations with KPS Gill, he opined that Khalistan couldn’t be revived. But having lived through the terror and realizing its enormity, I was skeptical. 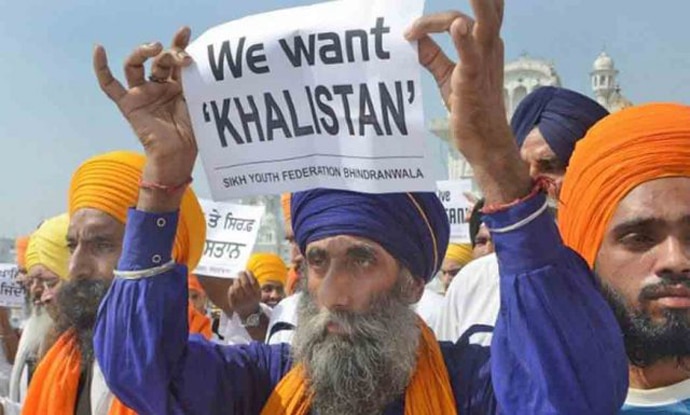 Does the corridor open a way for Khalistani movement to return to Punjab? (Photo: PTI)

On November 18 this year, when a brazen grenade attack was carried out on the Nirankari Bhawan in Punjab’s Amritsar district, I could feel my fear turning into reality. For this attack has been an alarming spectacle of explosives fuelled by the Khalistani terror. The blast that killed three and injured 20 people was carried out on the instructions by Pakistan's Inter-Services Intelligence (ISI)-backed Khalistani forces.

While every attack, and its number of casualties, is gut-wrenching, this attack has forced us to understand the cause of this continued threat of terrorism that the state of Punjab lives with and why is it important to be wary of Pakistan’s support to Sikh separatists.

Here is a timeline of events that have directly or indirectly led to recurring terror attacks on the land of five rivers:

1919 was the year when Punjab witnessed the horror of bloodshed. In the Jallianwala Bagh massacre, around one thousand people breathed their last in the holy city of Amritsar.

With the formation of Shiromani Gurudwara Prabhandak Committee (SGPC) on November 15, 1920, Akalis were in the moment of their greatest glory. However, soon the seeds of degeneration were sown. The Akali Dal, whose primary mission was “the promotion and protection of the rights of the Sikh minority”, quickly hardened into a fractious group pushing radical identity politics to dominate revered and wealthy Gurudwaras and to establish a permanent stranglehold over the SGPC.

The same land that was sanctified with by the birth of several spiritual leaders had to face the miserable death of humanity with the Partition. Ostensibly, over two million people were killed in Punjab during the vengeful genocide that involved religions. The loss was huge and horrendous.

While Hindus got Hindustan and Muslims got Pakistan, Sikhs got nothing. Many from the Sikh community felt the need for their own nation – a place which belongs to them. And so, the partition didn’t end the animosity, it furthered it. After the partition, the campaigning for a Punjabi speaking state was instigated which gathered momentum in the late 1950s. The formation of a Punjabi-speaking autonomous state in India was strongly advocated by many. The need to draw borders was felt to safeguard the religious, cultural, and linguistic legacy of the Sikhs. Borders were again dividing Punjab, but this time along the linguistic lines. Strong protests were held by the Akalis.

What followed next was a series of passive resistance movements together with fasts-unto-death and self-immolation threats by the Akali leaders. Eventually, the Indira Gandhi-led Union Government agreed to the demand for the re-organisation of the boundaries of erstwhile East Punjab, and the Punjab Reorganisation Act was passed by the Indian Parliament on 18th September 1966.

Even after getting an autonomous state in 1966, on 16 October 16, 1973, the Akalis issued a statement called “The Anandpur Sahib Resolution.” Their demands were many. Apart from asking for regional autonomy for Punjab, they also wanted Chandigarh back as a part of Punjab, a debate that is still continuing.

While Congress was a secular party, the Akalis’ claim to "represent Sikh interests" did not bode well with the former. The rising dominance and play of communal politics of the Akali Dal forced Congress to promote a Sikh fundamental Jarnail Singh Bhindranwale to protect the country against destabilization and mass criminality.

In the early 1980s, Bhindranwale’s followers turned Punjab into a hell. From demands of a separate country, Khalistan, to brutal manslaughter, they resorted to any and everything that could bring Bhindranwale on the top of the Sikh leadership.

It was when the saint turned monster took refuge in one of the holiest shrines of the Sikhs, the Golden Temple complex, that a crescendo of violence orchestrated. Two Indian Airlines planes were hijacked; there was an attempt on the life of the then chief minister, Darbara Singh; hand grenades were thrown at a Ramnaumi procession in Amritsar; police posts, government offices, residences, and inevitably, the Nirankaris, continued to be targeted for murderous attacks. In the early 1980s, Bhindranwale’s followers turned Punjab into a hell. (Photo: IndiaToday)

The government could not delay the arrest mission of Bhindranwale anymore, as he was going to be more aggressive in his approach towards Hindu killings. And so, in June 1984, Operation Blue Star was carried out.

The Sikhs blamed Indira Gandhi for the operation. They blamed her decision to attack their most sacred site. But had it been Durgiana Temple instead of the Golden Temple, Indira Gandhi would still have carried out the same Operation to expel terrorists from Punjab. 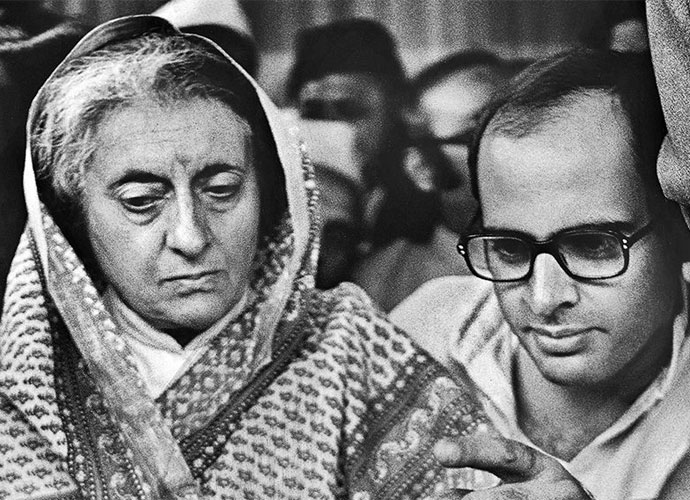 In April 1986, an attempt had been made by the National Security Guard (NSG), referred to as Operation Black Thunder – I, to clear the temple, but “no one of note was caught”. Later, between May 11 and May 18, 1988, in a near bloodless operation, the terrorists were brought to their knees, under Operation Black Thunder II, led by KPS Gill.

Between 1981 and 1995, the Khalistani terror resulted in the murder of 11,696 civilians and 1,746 security forces (SF) personnel, according to the authoritative South Asia Terrorism Portal (SATP) database. Significantly, some 65 percent of all civilian victims killed by the terrorists were themselves Sikhs, the very constituency whose interests the Khalistanis claimed to be representing.

Sporadic efforts to revive Khalistan terrorism in Indian side of Punjab, spearheaded by the surviving terrorist groups hosted by Pakistan’s ISI, and financially and ideologically supported by a number of diaspora groups located in Western countries, continue even today.

The Punjab police claim to have busted 17 terror modules, arrested 81 suspected militants, seized 77 weapons and assorted explosives, and intercepted 3 arms consignments in the past 18 months alone.

This year the Referendum 2020 has also been declared which aims at liberating Punjab from government rule. And now the pro-Khalistan group Sikhs for Justice (SFJ) has even announced that it plans to hold a convention to espouse the secessionist 2020 referendum campaign at Kartarpur Sahib if the planned corridor becomes functional by then.

The Khalistani terrorist networks, moreover, are concurrently involved in Pakistan’s own “opium wars”, flooding Punjab with drugs, and creating a veritable epidemic of drug abuse in Indian Punjab with the overwhelming proportion of narcotics injected into the State from Pakistan.

Although the means and intensity of terror attacks in Punjab change repeatedly, what remains the same is the gruesome impact that they have on the state. The latest incidents in Punjab compel us to look back at the various jarring images of this state’s social and political cataclysm which became the budding ground for the seeds of terror sown over all these years.

That said, divisive politics can bring back Khalistani terror in Punjab. India must act wisely, for Pakistan’s past betrayals hint at a huge blunder in the offing.