The rose-tinted glasses we see Kartarpur through

Strange things have happened in the realm in the past few weeks.

There were seven counter-terror operations in Jammu and Kashmir, there were ten terrorist attacks and one sniper attack. Security forces accounted for 23 terrorists killed in these operations. The last one was the killing of Naveed Jatt, the LeT terrorist who had murdered the journalist Shujaat Bukhari.

In the midst of all this, we had the former prime minister of Norway meeting Hurriyat representatives in Srinagar and then flying off to Islamabad, carrying a message undoubtedly. As all of India began to remember the horror days of Mumbai 2008, and barely had the speeches at the Gateway of India subsided that evening, attention was quickly diverted to Kartarpur Sahib. Pakistan has turned a holy place of worship into a site for its games. (Photo: India Today)

The promised Corridor would happen, Imran Khan had announced some weeks ago. Suddenly, the Government of India accepted that the foundation stone on the Indian side would be laid on November 26 and the Pakistan government would inaugurate on November 28. All the op-eds and editorials of our newspapers were forgotten as we all began to get ready to sidle up to the new Pakistani administration led by Imran Khan.

What followed was the expected propaganda blitz by the Pakistanis as we gushed at their generosity in allowing Sikh pilgrims to pay homage at the shrine of Guru Nanak Dev. The Pakistanis brazenly flaunted their association with the Khalistani leader Gopal Singh Chawla at the function. Back in Lahore, the likes of Pakistan’s crown jewel, Hafiz Saeed, continue to be mainstreamed by the Pakistani establishment as they raise alternative extremist forces. Such warmth: Sidhu's friend Qamar Bajwa is reportedly also the patron of a Khalistani terrorist whose aim is to hurt India. (Photo: Screengrab/Youtube)

In the space of a few hours, the Pakistanis had created an impression of extreme generosity and large-heartedness to our breathless media and to all the Sikhs of Punjab and everywhere else. They also informed the Government of India and the Khalistanis that Pakistan officially supports the Khalistan movement. Navjot Sidhu got pride of place in the protocol – and both of our ministers were not even in the frame.

In one shortsighted self-serving flash, we forgot the sacrifice of policeman Tukaram Omble, whose capture of Ajmal Kasab had given us crucial evidence of Pakistani involvement in 26/11. Had Omble not been the brave man that he was, we may never have caught Kasab alive – and a dead Kasab would have been no evidence of Pakistani involvement. We also forgot the sacrifice of Lance Naik Nazir Ahmed Wani killed in Kashmir, for he dared to take on the terrorists. 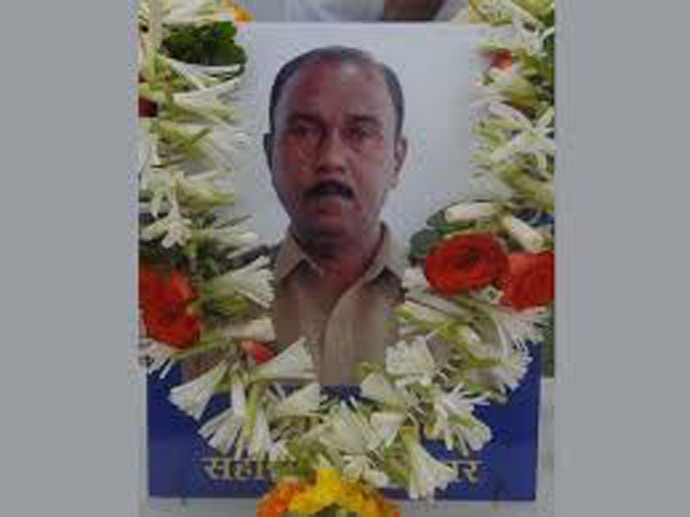 In our rush to embrace the Pakistanis, how quickly we forgot the supreme sacrifice of Mumbai policeman Tukaram Omble. (Photo: Facebook)

Yet, Navjot Singh Sidhu’s visit was happening as the Chief Minister of Punjab Captain Amarinder Singh angrily asserted that he was on a trip of his own, in both senses of the word. He was worried about the consequences of this, which could be dangerous for India and Punjab, given that Pakistan had sheltered numerous Khalistanis. Also, there had been a Khalistani terrorist incident in Amritsar a week ago, killing three persons, and Amarinder feared that Kashmiri terrorists were now infiltrating Punjab from J&K. The CM was clearly angry that Sidhu had hugged the Chief of an Army that had killed thousands of Indians. 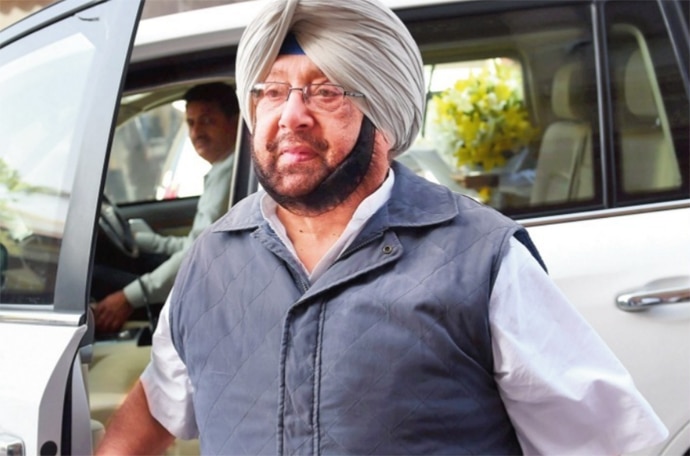 No, Captain Amarinder was not amused by his colleague Navjot Singh Sidhu's strange behaviour. (Photo: PTI)

Despite all this, the visit took place, the event happened, speeches were made and now, we have a Corridor inaugurated from Kartarpur Sahib Gurdwara to Dera Baba Nanak.

So, what was all this about?

Years of handling Pakistan would have told us that we should always expect the unexpected – and there was no change of heart in Pakistan. Does one see a deep Machiavellian plot by the Indians to draw the Pakistanis out in their true unchanged colours as they create evidence against themselves as brazen supporters of terrorism? Surely there may have been some political expediency but the professionals in the Ministry and the Intelligence would have seen differently. Is that why there were deliberate mixed signals? And having drawn them out, do we have our own plans?

Or was this just a Shakespearean comic interlude in the midst of a never-ending grim India-Pakistan drama where Navjot Sidhu, with his experience in the Kapil Sharma show, plays the role of the Clown? Actually, outside the vested interests, not too many 'thoko-ed taali' for Sidhu over Kartarpur. (Photo: Screengrab/ Youtube)

Surely, this would have been high-risk entertainment, and quite pointless really.

Or worse, that we really walked into a carefully laid trap because of a failure to understand the nature of the Pakistani state and lessons of the past.  As a corollary to this, we continue to make hope as policy.

Maybe it is necessary to restate the nature of the Pakistani state. It was created in the name of Islam – but the country has become increasingly extremist and intolerant within Islam amongst its own people. The other aspect is hatred for India, read 'Hindus'. Finally, Pakistan’s leaders need to sell constantly this dream of one day conquering India, to be able to sustain their primacy in Pakistan.

We should learn to deal with this country accordingly – without rose-tinted glasses, without illusions.