Thalapathy will now have to take over charge full-time without having the comfort of his father's counsel to fall back on.

For years, MK Stalin has been mocked as a Prince Charles-like figure, a prince in waiting for the throne that his father, going strong in his 90s, refused to abdicate. In fact, even during the 2016 Assembly election campaign, the understanding was that should the DMK come to power, M Karunanidhi, then 92, would have a last shot at the chief minister's chair.

As the sun set on the phenomenon called Karunanidhi on 7 August, the party of the rising sun is officially set to witness a son-rise. Stalin, referred to as 'Thalapathy' (commander) by the DMK cadre will now have to take over charge full-time without having the comfort of his father's counsel to fall back on. It was perhaps this moment of realisation that resulted in an outpouring of emotion when Stalin penned a poem for his father on Tuesday night asking, "For most of my life, I have addressed you as 'leader'. Can I address you as Appa (father) once now?''

Unlike the AIADMK that fragmented soon after J Jayalalithaa's demise in December 2016, the succession plan is clear in the DMK. Stalin as Working president has been steering the party for well over a year now after having led from the front in the 2014 Lok Sabha and 2016 Assembly election.

Which is why Stalin will face his biggest test next year when he leads the DMK into the Lok Sabha election – its first without Karunanidhi. A hat-trick of losses will make Stalin's position, undisputed at the moment, untenable. Remember, the DMK did not win a single LS seat in 2014 and could not prevent a second successive term for Jaya two years later. The knives will be out for Stalin and make no mistake about it, the ones to wield it will be his siblings. 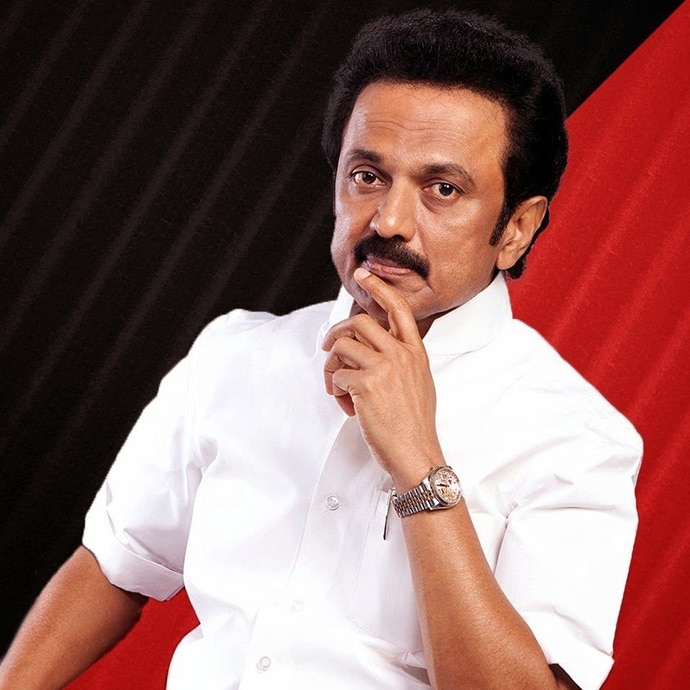 Stepsister Kanimozhi for the moment is content to play second fiddle to Stalin but she would bargain for a greater role in party affairs. Over the past few months, there have been reports of an uncomfortable jostling for positions and influence within the DMK power structure. Many within the DMK feel that in a post-Jayalalithaa political order, Kanimozhi could be deployed effectively to tap into the women vote in Tamil Nadu. But how much of an influence does the politics of the living room have on the politics of the DMK will determine how much elbow room Stalin is willing to cede to Kanimozhi.

The elephant in the room is MK Alagiri, who was unceremoniously expelled from the party in 2014. With his sour relations with Stalin the worst-kept secret this side of the Cauvery, Alagiri will wait for his moment to strike. He is ambitious without a doubt and he gave ample proof of that when he was minister of Chemicals and Fertilizers in the UPA government. During his birthday bashes in Madurai, posters would proclaim him as "MK Alagiri, CM". Officially, "CM" expanded to Chemicals minister but everyone knew the message Alagiri sought to convey to Gopalpuram.

Even when Karunanidhi was at the helm of affairs, the Dravidian ideology that the DMK claims to be rooted in was beginning to acquire sepia colour tones. The party was morphing into a typical regional outfit, centered around a family and a personality cult. What makes the DMK a more complicated plot is the presence of Karunanidhi's two wives and their children and their overarching political ambitions and business interests. How much of a political setback then Karunanidhi's passing away would be for Stalin? Without a doubt, Karunanidhi has a deep emotional connect with his cadre and during an election campaign, just the sight of the wheelchair-bound Kalaignar was good enough to motivate the DMK rank and file. Stalin will now have to fall back on the optics of his father's samadhi and his cutouts to solicit votes.

The flip side is that Stalin finally gets a chance to emerge out of his father's towering shadow. Karunanidhi's presence ensured no one outside of Tamil Nadu had a peek into Stalin's mind or way of working. The DMK working president is an unknown commodity in Delhi's political circles, who in fact have a more comfortable equation with Kanimozhi.

Karunanidhi was a political colossus but this statistic puts him in perspective vis-a-vis Jayalalithaa. In the post-MGR years from 1989 when Jayalalithaa and her successors were at the helm of affairs in the AIADMK, Karunanidhi could manage to wield power in Tamil Nadu only for 12 of the 29 years. It is obvious that the DMK – its love and regard for its patriarch notwithstanding – needs a course correction.

Post your comment
#Tamil Nadu, #DMK, #Kanimozhi, #Alagiri
The views and opinions expressed in this article are those of the authors and do not necessarily reflect the official policy or position of DailyO.in or the India Today Group. The writers are solely responsible for any claims arising out of the contents of this article.