Karwan-e-Mohabbat: Targets of hate crimes are not just minorities and Dalits, but women too

Our first day in Rajasthan the Karwan was greeted in Behore, where Pehlu Khan had been lynched, with stones and footwear. The second day, in Ajmer, we were pelted instead with rose petals, as we marched for peace and love on a busy street with hundreds, singing and shouting slogans of the unity of people of all faith, and against hate.

We were all overwhelmed with the numbers of people who joined the aman rally. We were greeted first by the local gurudwara. Several Christian priests and nuns also joined. As we walked, ordinary people on both sides of the road threw flowers on us. Some recited – aman, aman, aman, aman – like a chant.

The rally ended resoundingly at the entrance to the historical Khwaja Moinuddin Chishthi Dargah, where we were greeted by the entire senior trustees of the Dargah. Rose petals fell from above, as they spoke about the importance of love and compassion, and how fitting that a Karwan of love should come to the shrine of a Sufi saint who epitomised love and believed in the equality of all human beings. The morning, however, was grim. We went for Dangawas village in Nagaur district, where 5 Dalits and one other man was brutally killed in an attack by the Jat landlords of their village. More than 40 years earlier, a family had mortgaged its land to a Jat landlord against a loan of 1500 rupees. But even after the loan was repaid, they did not allow them to occupy their land.

They fought and finally won a long and expensive title battle for the land in the courts, but even then they refused to restore the land. They approached the village panchayat, which also refused to order possession for their land. The Dalit family finally occupied the land, built a house on it, and began to cultivate the fields. They were to live there for only 32 days.

To teach them a lesson, on May 14, 2015, a mob of Jat men, armed with stones, daggers, and firearms suddenly reached the fields thrashing the men and running over them in their tractors. We met the families of the bereaved men – who lost their sons, fathers, husbands, brothers in this way. They described the horror of that morning. Even women were dragged, stripped, and molested including by inserting sticks.

Some women ran for safety to the roof of their house, but their attackers drove their tractors into the house, and its roof came crashing down. Three men died on the spot, and two more in the hospital. The attackers mutilated the bodies of the men who died there, gouging out their eyes and chopping off their legs. Many more were admitted with serious wounds from daggers, lashings, and molestation, but the angry Jats broke into the hospital trying to kill the survivors there.

The role of the police followed a standard pattern. They switched off their mobile phones and did not come to the site for a full two hours. They registered murder charges for the killing of the sixth man and also claimed that this slaughter was not a Dalit atrocity but just a land dispute. But the local Dalits were not cowed down. Organisations from across Rajasthan rose in solidarity with them. The case was transferred after a long struggle to the CBI, which absolved the Dalit victims from any criminal charges. However, they refused to acknowledge the role of the police in facilitating the massacre. The upper-caste villagers are united in boycotting the Dalit families, and therefore they have no work. Even members of their own Dalit caste, other Dalits and Muslims of the village are wary in supporting them. But we found their spirit unbroken, unwilling to be cowed down by caste hatred and violence. It was very brave of them to invite the Karwan to their own village and to speak of what they had suffered in a public meeting. Even women spoke out fiercely about their suffering.

In the evening, in Kekri village of Bhilwada, we encountered a very different kind of hate violence. This was the unspeakably cruel killing of a woman by accusing her of being a witch or daayan. Her drunkard husband died, and even as they were mourning his death, his elder brother also died. During the prayers after their ashes had been immersed, her husband’s 25-year-old niece and another relative the same age, went into a trance, saying that they were possessed by the deity Bheruji.

In this trance, they said that the widowed woman was a witch. To exorcise her, they demanded that she be forced to eat human excreta, hot embers be placed in her feet, palms, and eyes, and she should be stripped and forced to run outside the house. Even as she screamed in pain and shame, the two women and some other men of her family held her down and subjected her to all these tortures. She pushed her face into a tray of burning embers. Her terrified teenaged son could not bear to see his mother naked and locked himself into a room, and hid himself under a blanket. 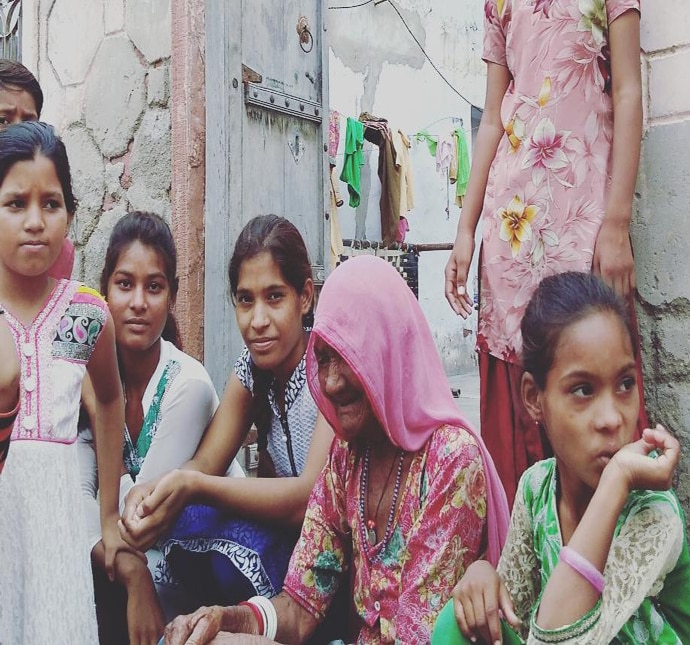 No neighbour intervened. The next night she died, and the village cremated her in the early hours of the morning hurriedly before the police could be informed. The village panchayat met, and imposed a small fine of 2500 rupees on her killers, asked them to take a bath at Pushkar, and closed the matter. There the matter would have rested, except for the intervention of a courageous educated relative.

After he learned of the horrific murder, he braved the anger and ostracism of the family and complained to the police. They sat on the complaint for five days, but after a local agitation by some women’s groups, they finally registered a murder case ten days later. The woman’s killers are today behind bars, but completely unrepentant.

We spoke to her teenaged son. He was clearly still intensely traumatised. He said he wanted to speak to us about how his mother was killed, but he spoke in an emotionless monotone.

We were reminded that the targets of hate violence today are not just religious minorities and Dalits. They also include women, especially single and low-caste women. The incredible cruelty and medieval horror of the way she was killed – by irrationalism and misogyny – left us all shaken and stunned.

Also read: Why no one is stopping North Korea from firing ballistic missiles

#Dalits, #Women, #Violence, #Hate
The views and opinions expressed in this article are those of the authors and do not necessarily reflect the official policy or position of DailyO.in or the India Today Group. The writers are solely responsible for any claims arising out of the contents of this article.