An illness beyond Kashmir: Why all the talk around Article 35A is making some people shiver

Investigations at J&K Bank, crackdowns on narcotics smuggling, squeeze on terror funding, Modi-Shah have a clear plan. Why is this making the self-anointed Kashmir experts so uneasy?

Political circles and media in the capital are abuzz with rumours of the imminent abrogation of Article 35A of the Indian Constitution relating to Jammu and Kashmir (J&K).

Article 35A of the Constitution empowers the J&K legislature to define the state’s permanent residents and their special rights and privileges. It stems from Article 370 that guarantees special status to J&K.

The trigger was news of large-scale troop movement to the state. A senior journalist, a seasoned hand in reporting on Kashmir, tweeted on Saturday:

Additional troops sent to Jammu and Kashmir has spawned a series of rumours and frenzied speculation, including about the possible abrogation of 35a. Wonder if the administration would be better off clarifying to contain any needless panic on the street.

As if on cue, others started speculating on the possibility of such a move by the Modi 2.0 administration. Its policy on Kashmir had visibly hardened after parting ways with Jammu and Kashmir Peoples Democratic Party (PDP) that brought J&K under President’s Rule. Now, with Amit Shah in the Home Ministry, it has become only more muscular.

Adding fuel to fire, there was news of the BJP summoning its key party functionaries from J&K to Delhi for briefings. Something was definitely brewing, the pundits opined. The government issued clarifications that army mobilisation was based on intelligence inputs about a possible law and order disturbance by separatists prior to Independence Day on August 15.

However, conspiracy theorists were not convinced.

Mehbooba Mufti of the PDP took the lead in condemning the centre for its alleged designs. It was akin to setting a powder keg on fire, she warned.

Farooq Abdullah came in to say abrogating Article 35A would be ”unconstitutional”. The Separatist Chorus: When 'anti-Centre' is the only tune playing. (Photo: Reuters)

Other Kashmiri leaders with separatist inclinations joined the chorus. However, Mehbooba’s fervent call for the opposition to unite on the issue met with a lukewarm reception.

Some months ago, there was a similar wave of scaremongering over unconfirmed reports of “delimitation” of electoral constituencies in J&K prior to the next state Assembly elections. Such a step would normalise seat distribution in state Assembly and Parliament in relation to population, which is now skewed in favour of the Valley. Currently, the Kashmir region has 46 seats, Jammu 37 and Ladakh only 4 seats in the state Assembly. The average number of voters per state Assembly seat in Kashmir region is far less than that in the Jammu region. Ladakh, which has a high component of Scheduled Tribes (STs), is under-represented without any special reservation.

Even discounting the “there is no smoke without fire” theory, what these reactions exposed is the deep paranoia that has set in the highest echelons of the mainstream political parties of Kashmir. Till recently, no matter which dispensation was ruling in Delhi, the political elite remained happily insulated — their interests were permanently protected by an illusion of indispensability.

Not different from the dynastic politics of the mainland, the modern Kashmiri nobility developed an all-weather business model. It had branches in the Valley, J&K, Delhi and, the grapevine suggests, even overseas. They developed a symbiotic relationship with intelligence agencies, making an art out of doublespeak and, some would say, double-cross. They were valued patrons of the Lutyens’ Cottage Industry of Kashmir Interlocutors, comprising media veterans and activists. However, Modi and Shah, having gone after this culture of entitlement in the rest of the country, would not allow “Namdaar” Raj to flourish in Kashmir.

The duo believe in drawing power from establishing a direct connection with the people. This process kick-started last year with the Panchayat elections that saw a huge turnout. True to their tested gameplan, Modi-Shah delivered the goodies to the grassroots rather than allow these to be siphoned off from the top even before distribution.

This was followed by a systematic choking of the arteries feeding unholy power nexuses. Investigations at the J&K Bank, crackdown on narcotics smuggling and the squeeze on terror funding were all part of the plan.

Post-Pulwama and Balakot and subsequent international chastisement, there appears to be some restraint on belligerence from across the Line of Control (LoC). Though it is difficult to predict what Pakistan may do with its multiple power centres, its appetite for covert operations may be a little subdued — at least for the time being.

This has set the proverbial cat among the pigeons, raising anxiety, bordering on desperation.

The message to the power brokers and terror apologists is clear — you need us, if you do not fall in line, we can very well do without you.

There has been ample indication that a majority of Kashmiris want peace but they are being held hostage by a minuscule minority of separatists, religious extremists and political opportunists. They are keen to be a part of the India growth story. But they are trapped in a crossfire. 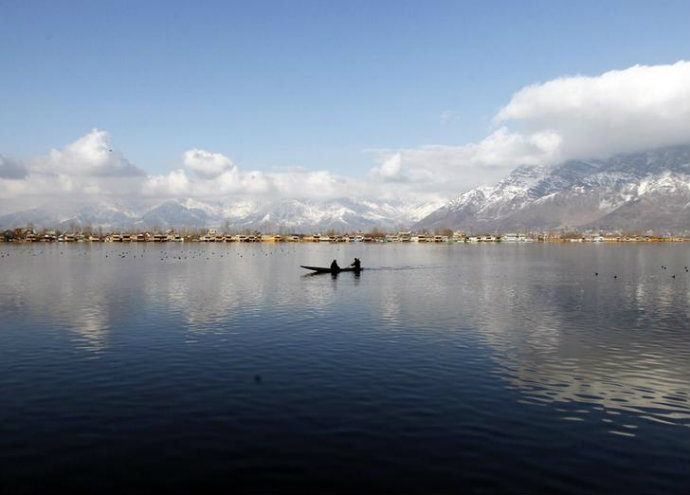 Trapped in the crossfire: A majority in the Valley want peace, despite what a minority of separatists claim. (Photo: Reuters)

Modi-Shah will be careful not to push them towards detractors by clumsy action.

It is, therefore, highly unlikely that Modi 2.0 will undertake any rash adventure to rock the boat and lose the peoples’ confidence.

In his first term, Modi demonstrated that he does not act without preparation. Even on the controversial demonetisation decision, now with the benefit of hindsight, people realise there were enough and more signs of it coming, but the wiseacres missed reading the tea leaves.

Modi certainly has an obligation towards the BJP’s core constituency — especially Kashmiri Hindus. But an even bigger agenda for him from a geopolitical angle is to restore peace in Kashmir. If he is able to get Kashmir back on track, many pieces will fall in place, including the economy. If peace is restored, Kashmir will flourish through mainstreaming. It will also plug the drain on resources and, above all, on the loss of lives.

There is a demand for dialogue and national consultation. But that is already happening — if only our self-anointed Kashmir experts are willing to listen beyond their echo-chambers.

Also read: Halfway home in Kashmir: How Amit Shah has tamed some of the fiercest anti-India voices in the Valley