Where are the happy stories from Kashmir?

Touching human interest stories do not excite people like tiranga-wielding students being charged at with lathis.

Through a set of unlikely situations – involving a turbulent flight to Madrid in 2007, a Maldivian cruise in 2009 and a sprained limb in 2016 – I found myself in Pahalgam, participating in a media summit organised by Lehar, an NGO that has in the past organised such a summit in Srinagar. There was a clear agenda: to engage with the media from the mainland and impress upon them the dire effects of non-stop coverage of Kashmir’s problems on tourism in the Valley.

While most of us will argue that one cannot help news; news is news, positive or negative depends on the actual circumstances, a couple of genuine seeming grouses were raised.

One, prolonged coverage of an issue thanks to the 24/7 format and lack of any other burning news (NIT was cited), and second, misleading coverage – tourism stakeholders claimed that many television channels played flood images from September 2014 for the March 2015 flood (which was not severe), leading to a major setback in tourism. 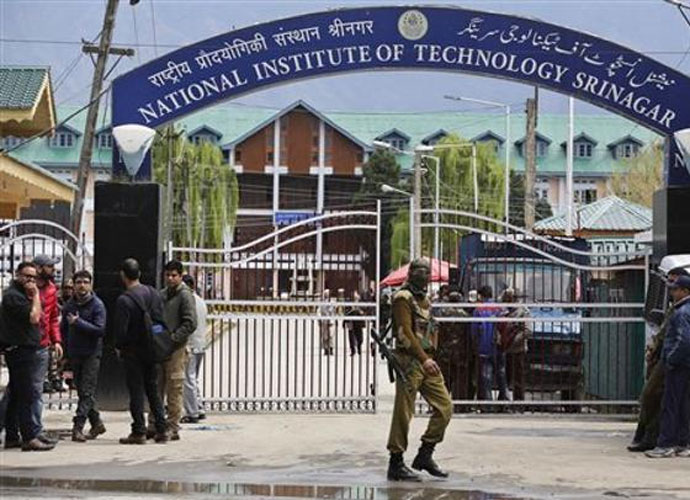 Apparently the students who warred in NIT are friendly again today. Where's that story?

So here we were, in the newly built Pahalgam Club, beautifully located by the Lidder, as one after the other, stakeholders in Kashmir tourism came up to lament on how callous Indian media can be about Kashmir, how we do not stop and think about the effect our coverage will have on the people and economy in Kashmir.

"Cover news," said hotelier Asif Burza, taking a shot at being reasonable, "but please do cover all types of news, not just the negative, and don’t keep repeating the same thing again and again."

I attended in my capacity as a travel writer and expert, having been in the industry for over a decade, to be a part of a panel that discussed this problem, which often leads to mass cancellations. I assume the idea was to find a solution – but is there one?

Several unreasonable solutions were offered: we should sue the media, said one stakeholder. This was not, as you can imagine, welcomed by media representatives in the panel. Plus, I asked, who in Kashmir has the resources to sue Times Now, everyone’s favourite enemy? How many cases were they willing to fight, for how long, and to what end?

Pardon my bluntness, but isn’t it rather naïve of Kashmir’s tourism industry to expect mainstream media to "stop and think" before covering Kashmir in a "negative light" simply because they say so?

While we, members of the media, are well aware of the problems of the 24/7 news format and the challenges of always having to look for that breaking news, one cannot wish away media coverage of any disaster in Kashmir. If students in NIT get into a ruckus on a burning and juicy topic like cricket loyalties, then it will always be big news, and will definitely get generous airtime.

While media grapples with the non-stop news format, and comes up with a formula to deliver news most effectively, let’s try and find some stopgap solutions: Social media is one. Local media is another.

Apparently the students who warred in NIT are friendly again today and can be seen drinking chai together in the canteen… Where is this story? Why are the local reporters of Kashmir not reporting this? Why are the students who know this not putting up photos of this merry chai-drinking on Facebook?

If what we were told was true, just one photograph of the main players of the NIT incident sitting together and having chai would be big enough to be shared widely on social media. This can be done even today.

Instead of sitting and lamenting about how the media only covers the bad news, why not get the happy news to the media yourself? What’s stopping people from tagging Barkha Dutt or Rajdeep Sardesai on posts with these "happy" images after an incident like NIT?

I found one on my way out. "What’s in this bag?" asked the beautiful Kashmiri girl at the final security check before I boarded the plane back home from Srinagar.

"Baked goodies from your Kashmir," I replied, showing her the sweet bread from Mughal Darbar. She looked up at me and gave me a million dollar smile: "Why did you say 'your Kashmir'?" she said. "It’s yours too. India is one."

Post your comment
#NIT Srinagar, #Kashmir Militancy, #Indian media, #Kashmir
The views and opinions expressed in this article are those of the authors and do not necessarily reflect the official policy or position of DailyO.in or the India Today Group. The writers are solely responsible for any claims arising out of the contents of this article.