Why Kashmir's real problems are lurking behind militancy

At least four militants were killed in Pakherpora village in central Kashmir in an encounter on November 30, which also left six civilians injured.

A separate encounter in Baramulla district killed another militant. Clashes were witnessed between civilians and security forces as protesters threw stones and in retaliation tear gas, pellet guns were used to dispel the crowd.

On November 24, Scroll reported that 17-year-old Kashmiri boy Zahid Ahmad was shot by pellet guns, which caused severe injuries to his kidney and gall bladder. On November 18, security forces killed six Lashkar-e-Taiba (LeT) militants, which resulted in a strike called by separatist leaders against anti-militancy operations. Restriction was imposed in some parts of Srinagar and internet services were curtailed.

According to the State Human Rights Commission, 2,524 people in eight districts out of 10 have been hit by pellet guns. An estimate of losses due to incessant turbulence in the Valley pegs the figure at over Rs 16,000 crore over a period of five months - July 8 to November 30, 2016. The figure has been mentioned in the Economic Survey of Jammu and Kashmir 2016.

However, there are myriad problems other than militancy in Kashmir, which have often been ignored or considered too trivial to be covered by the media. These problems include drug addiction and high rate of unemployment.

The number of cases being registered under Narcotic Drugs and Psychotropic Substances Act, 1985, for smuggling banned substances in Kashmir is alarming. In 2017, there were 542 cases. From 2014 to 2017 so far, 118 kg of heroin has been seized. Simultaneously, 18,435 drug addicts have reported for treatment at two different hospitals. This has been due to the high rate of poppy cultivation in the northern and central parts of the Valley. However, the law enforcement agencies have overlooked the problem.

To understand this appalling increase of drug usage, it is important to go back to the economic survey of J&K, which pegs unemployment in the age group of 18-24 at 24.6 per cent, which is far more than the all-India unemployment rate of 13.2 per cent. J&K's unemployed include MBBS, engineering graduates, postgraduates and postgraduate diploma holders. 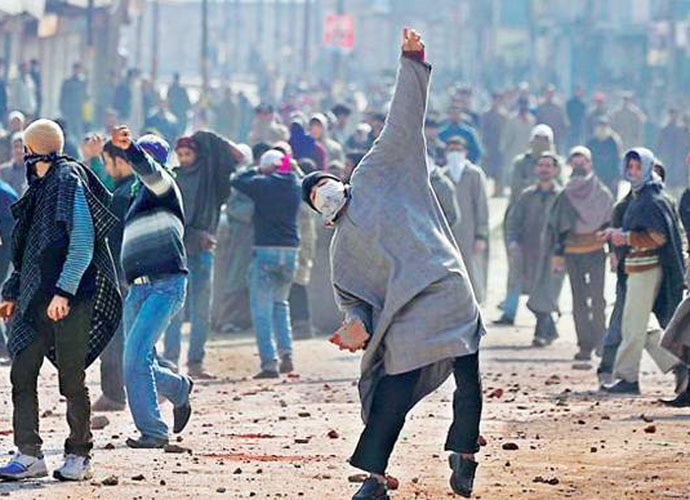 The Valley underwent considerable losses after Burhan Wani's killing in the form of damage to property, slowdown in business activities, loss of lives, growing estrangement between civilians and the army. The unrest has adversely impacted the education sector. Though exams for classes 10 to 12 were held in the month of November 2016, barely 40-50 per cent of the syllabus was covered as school buildings came under fire during the unrest and students took to streets to protests. From classes 1 to 9, students have been given mass promotion.

In 2016, classes were held only for four months in the Valley. Despite Supreme Court's order to use less lethal weapons, pellet guns have been used excessively, 211 ambulances have been damaged since November 2016. The estimated loss suffered by the industrial sector due to incessant shutdowns and strikes is Rs 13,291 crore.

Following the unrest of 2010, which killed more than 100 civilians, the UPA-II government appointed a three-member committee, which included Dileep Padgaonkar, MM Ansari and Radha Kumar.

A report was submitted to then home minister P Chidambaram, which included suggestions to start reconciliation talks with various factions, including stone-pelters and political prisoners. The report recommended the word "temporary" in Article 370 be replaced with "special", an expert committee be set up to overview the state's financial requirements. However, not much importance was given to these recommendations.

From drug addiction to the high rate of unemployment, Kashmir has witnessed little change despite innumerable committees and interlocutors reaching out.

And latest interlocautor Dineshwar Sharma's decision to hold meeting at Hari Niwaz, former torture cell which has now turned into a guest house, has already revived memories of past sufferings. Perhaps, that's why efforts to broker peace in the Valley seem futile.

Also read: Why despite good intentions India has not been able to help its disabled people

#Drug Abuse, #Kashmir interlocutor, #J&K, #Stone pelters
The views and opinions expressed in this article are those of the authors and do not necessarily reflect the official policy or position of DailyO.in or the India Today Group. The writers are solely responsible for any claims arising out of the contents of this article.

A former student of Indian Institute of Mass communication from Radio and TV journalism, currently working as an in intern in Times Internet, in digital marketing. Formerly worked with Newslaundry too, and covered vividly campus politics.