Pulwama: After this terrible act, we must examine ground realities in Kashmir

Severe repression is not the answer to violence. The Valley needs trust-building measures.

The killing of more than 40 CRPF personnel in Pulwama is a great shock. While this tragedy has shaken the country, it should also call our attention to the skewed politics being practised in Kashmir.

For decades, Kashmir has been subject to direction-less politics and, in my view, discrimination. Even Constitutional provisions have apparently been diluted and distorted — Article 370 is a pale shadow of its original Act in the early days of Independence.

Governor Satya Pal Malik, reportedly acting on directions from the Centre, is not in a position to revamp democratic politics in Kashmir. 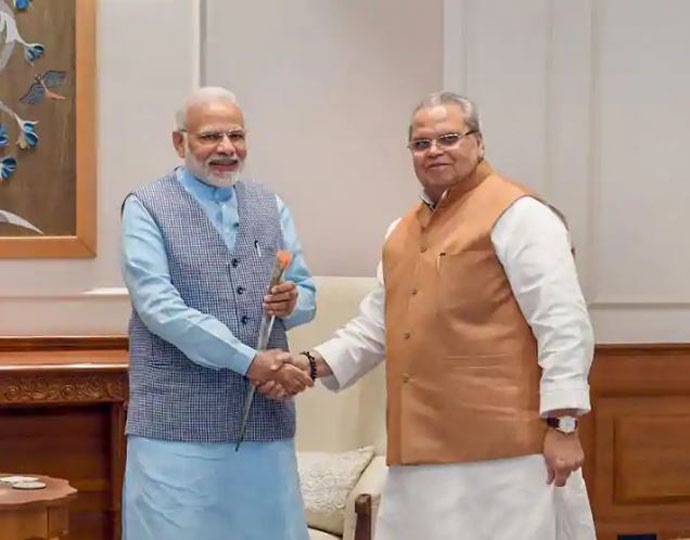 Instead of the Centre's diktat, attempts should be made to strengthen local democratic politics in Kashmir. (Photo: PTI/file)

The parachuting of Governor Malik to govern the state will not address the demands of its alienated residents — or make them believe that there can be a palpable change for the better.

Many would say there is not even a tiny move from the Union that can lead to a better environment in Kashmir. Matters will not improve until a manifestly normal and just environment is carefully built up, brick by brick.

While the party in power, the BJP, is often blamed for the worsening situation in Kashmir, I also want to ask what has happened to the ‘secular’ parties and the Left? The latter have utterly failed the Kashmiri people — when will they learn?

Apart from that, purported security lapses also need to be looked into.

The suicide bombing tactic is a signature Jaish-e-Mohammed move. In fact, the first ever human bomb in Kashmir — 19 years earlier — had reportedly been sent by the Jaish. In 2000, a 17-year-old drove an explosives-laden Maruti car to the headquarters of the Army’s 15 Corps in Srinagar. According to reports, the car exploded at the gate as the schoolboy panicked, preventing potentially serious damage.

But, on Christmas that year, the same attack was attempted by a 24-year old British citizen — this time, it killed 11 people, including five soldiers.

This sets the Jaish apart from Lashkar-e-Toiba, which stays away from suicide attacks apparently as they are prohibited in Islam.

In fact, the Jaish has even embarrassed Pakistan internationally, forcing reactions out of it, by retaining ties with the Taliban.

In 2001, just a month after 9/11, the Jaish struck the J&K Assembly building. That was the first attack in Kashmir to be publicly condemned as an act of terrorism by Pakistan. The October 2001 attack on the J&K Assembly was the first terror attack in Kashmir condemned by Pakistan. (Photo: Reuters)

For the past 12 years, security forces in India had believed that the top leadership of the Jaish in Kashmir had been eliminated.

Now, such a terrible attack, carried out on the directions of the Jaish, by a young Kashmiri, is extremely worrisome.

Today, experts who believe that severe suppression alone will crush terrorism in Kashmir are wrong. Dialogue must deepen, and trust-building measures undertaken for those Kashmiris who have given up on the Indian establishment.

There is no alternative to open-ended talks. Until that happens, and hate-mongering is stopped from all sides, violence will remain an ever-looming danger.

#Jaish-e-mohammed, #Militancy, #Kashmir, #Pulwama terrorist attack
The views and opinions expressed in this article are those of the authors and do not necessarily reflect the official policy or position of DailyO.in or the India Today Group. The writers are solely responsible for any claims arising out of the contents of this article.