A young Kashmiri poet dedicates a poem each to the dead

Every beautiful poem is an act of resistance, wrote Mahmoud Darwish, the Palestinian poet of resistance. In his poems, you could see the ravaged landscape, grieving lovers and lost children. There was conflict everywhere, even in love where he wrote about Rita and her rifle, and the impossibility of love in such estranged conditions.

Plato thought poets were dangerous. Stones are thrown and forgotten. Poems are read and stored in memory. Those who write, write. That's resistance too. After the killings and the evocative images of blood being washed with water on the streets of Kashmir, many words have been written to express anguish, anger and desolation.

A young poet, Inshah Malik, responded to each killing with a poem.

In a faraway place in Tehran, Iran, where she currently lives, Inshah heard of the curfew in her homeland, the mentally deranged man who was killed, the pellet injuries, the cries of freedom and wrote relentlessly after she read about each killing. 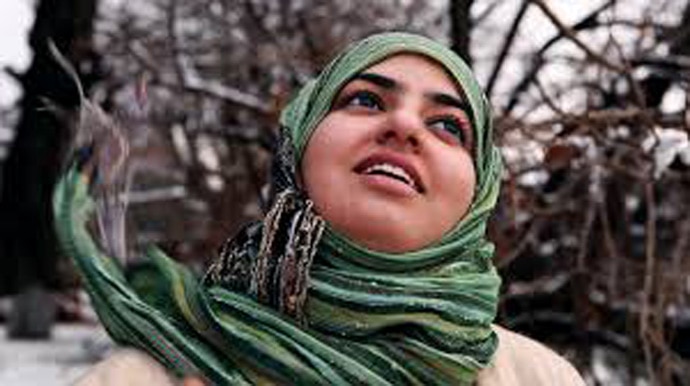 "I reject the identity of victimhood," says the young poet.

She stopped after 20 poems. That’s commemoration, too. It is often a tool of memory. Poetry is the advantage of the underdog and of everybody and nobody. It is a challenge to the prime time theme song.

It is how Robert Lowell once wrote “Pray for the grace of accuracy” and then used the words as a response to everything you witness. I found her on Facebook one night and she said she believes it is not victimisation alone that is alienating Kashmir. It is the historical illiteracy of Indians, and the lack of political will to deal with Kashmir’s aspirations that hurts, she said.

The gag on the newspapers and the curfew ensured the real stories would not be told. She saw the official accounts, and wanted to respond as a poet would, with despair and hope. This is her way of being “on record” and challenging the headlines in the media. Her poetry, she says, is in the realm of her feeling.

“I personally reject the identity of victimhood,” she says.

"'A poem for a death' started as a response to the continued civilian killings in Kashmir. As a Kashmiri, I can feel a sense of urgency when deaths start to become mere numbers. I don’t want to make peace with this idea anymore. I decided to write about each news item that flashed on social media or any event that perturbed me. It was also a response to the media gag in Kashmir and to commemorate the traditional Kashmiri practices of keeping memory alive.

There are various motivations and attractions in the project of writing. I have mostly written to clear my head, to inform a discourse and, many a times, challenge the rampant unreason. It’s often the impulse, in some sense prophetic.

I could be amidst people or making life when this urge comes to write it down. I'm self-directed in most cases except in what makes me deeply perturbed, and then I can't do without a response. I write as if a lightning bolt is about to hit me or a meteor is about to strike; like the earth is about to shatter and I won't have a fraction of time later to complete my thoughts.

PS: In response to "2 killed in Qazigund, death toll 46" and when the deaths became three.

PS: In response to "BSF evacuates Nuso post after 47 years"

PS: In response to "Youth shot dead in Bandipora, death toll climbs to 45"

PS: In response to "If this is not war crime, what is?"

PS: In response to "Kashmir violence: Toll reaches 39 as another protester is killed"

PS: In response to Batmaloo youth laid to rest amid pro-freedom slogans

PS: In response to "Mobile services suspended in Kashmir"

PS: In response to "Another youth shot dead in Yaripora"

PS: In response to: Teenage boy killed, 3 injured in Kupwara

#Burhan Wani, #Jammu and Kashmir, #Kashmir Siege
The views and opinions expressed in this article are those of the authors and do not necessarily reflect the official policy or position of DailyO.in or the India Today Group. The writers are solely responsible for any claims arising out of the contents of this article.