In custody but unsafe: Custodial death of a popular teacher revives fury in Kashmir's youth

The death of Rizwan Pandit in police custody has spawned huge shock and anger in Kashmir — most of all, in his native Awantipora. The heat of anger has sparked fresh young minds in the area with thoughts of militancy.

An audio recording of Rizwan’s neighbour and comrade Shahid Manzoor, in which he announced that he had joined Hizbul Mujahideen the day Rizwan was killed, went viral on Thursday.

There had been a sharp decline in recruitment since October. Indeed, the forces and the government were congratulating themselves until the setbacks of the past five weeks, especially the Pulwama attack.

The most worrying consequence of Rizwan’s death is that even young men with a strong commitment to India have begun to question the system of law and order. 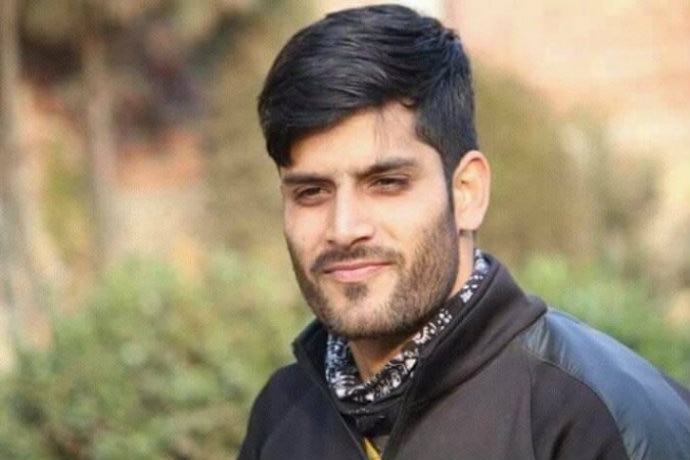 Rizwan was a popular and respected teacher. His death in custody has spawned shock and anger in Kashmir. (Source: IndiaToday.in)

Their faith — in the rule of law and the constitutionally guaranteed regime of rights — has been shaken by the spree of arrests across Kashmir. They consider some of these boys to be wrongly suspected.

Over the past few days, the police have picked up a large number of young men suspected of involvement in militancy, or with the banned group Jamaat-e-Islami and its affiliates.

This sort of iron-fisted mien of the state has not been witnessed since the turn of the century — and many have questioned its efficacy.

Rizwan’s death has come to symbolise this trend — it led to spontaneous demonstrations in many parts of the Valley, and has the potential to snowball into the sort of outrage that followed the killing of three boys at Machil in 2010.

Those murders had sparked off massive protests that year when stone-pelting was at a peak and the government was at the end of its tether.

Some of Rizwan’s colleagues and students spoke of horrifying torture marks on his body. So, public anger is intense, especially in the vicinity of his home.

Rizwan had taught at two private schools and briefly at the university at Awantipora too. He was popular with his students, and was well-respected as a teacher from Tral to Pulwama — the towns to the east and west of Awantipora respectively. Most policymakers fail to take into account the dynamics of ego and spite in Kashmir. (Source: Reuters)

Rizwan was accused of involvement in a grenade attack in Awantipora last year when he was picked up by the police — they sought to lock him up under the draconian Public Safety Act (PSA), but he was released after his family went out of its way to deal with the crisis they faced.

The deputy superintendent of police, who has recently taken charge of Awantipora, made his reputation by cleaning up the remnants of the previous militancy in Tral around 2008. That town in the east of the Valley was one of the last hold-outs of that round of militancy, which lasted from 1988 to around 2007.

Ironically, it was also one of the first hotbeds of the new militancy, which began by 2010.

The Hizb-ul Mujahideen was revived around then with a new crop of much smarter, better educated — and very highly motivated boys.

Jaish in the forefront

In the recent past, the Jaish-e-Mohammed has overtaken both Hizb and Lashkar-e-Taiba, which were the mainstays of the new militancy in the past. The suicide attacker who rammed an SUV into a para-military convoy at Lethpora (Pulwama) on 14 February belonged to Jaish. His motive is apparently said to have been revenge for humiliation.

Tragically, most policymakers fail to take into account the dynamics of ego and spite in Kashmir.

They tend to have knee-jerk responses, rather than a well-thought-out road map.

The current hard-knuckled approach stems from the Lethpora attack. It is apparent all over the Valley — but most intensely in the vicinity of that attack. Awantipora is just a five-minute drive from Lethpora. So, suspects there have felt the wrath of the crackdown intensely. The Pulwama Fallout: Local areas like Awantipora, Rizwan's town, have felt the wrath of the crackdown intensely. (Source: Reuters)

The current reign of fear is no doubt partly meant to prepare the ground for the Lok Sabha elections. The ruling party at the Centre cannot afford another terror attack at this crucial stage.

So intensive is the security plan that the Election Commission of India (ECI) has ordered polling for the one (Anantnag) seat in troubled south Kashmir on three different dates.

It is worth noting, however, that the state government had picked up large numbers of boys in many parts of the Valley in the days leading up to the Lok Sabha by-elections in April 2017 too, but it did not prevent violence on polling day.

In fact, there was so much violence in Budgam district during the by-election for the Srinagar (central Kashmir) seat that polling for the Anantnag seat was put off. It had been due three days after the Srinagar by-poll.

It has not been held since.