When the entire nation in is collective mourning, why isolate fellow citizens and target them?

The coffins carrying the bodies of CRPF jawans were indeed the heaviest — not just for pallbearers, but the entire nation, and for humanity alike.

With more than 40 security personnel losing their lives in the February 14 Pulwama attack, it was a funeral in almost every state. Though national mourning was not declared, India has been in a state of collective grief.

Who else can feel the pain of losing loved ones more than a people who have been bearing it relentlessly for the past three decades? 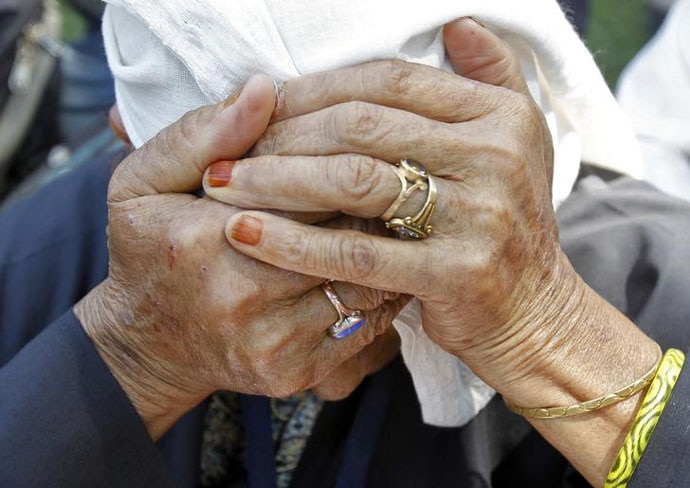 Kashmiris understand the pain of losing a loved one well. They have lived with this for years. (Photo: Reuters)

As per data released by the government in 2017, militancy in Jammu and Kashmir claimed a total of 41,000 lives in 27 years — this means an average of 4 deaths per day, or 1,519 casualties every year.

Since 2014, when the BJP came to power at the Centre, the graph of killings has only risen. Data released by the Narendra Modi government on February 5, 2019, shows that between 2014 and 2018, there has been a 93 per cent rise in the number of security personnel killed in militancy-related incidents in the state.

Simply put, a day in Kashmir starts with killings and ends with funerals.

The attack on the CRPF now has only deepened that mourning.

Even the family of the suicide bomber who rammed an explosive-ridden SUV into the CRPF convoy laments the loss of lives in the bombing. “I regret the loss of lives caused by the suicide bombing of my son. Precious lives have been lost. Whether a militant, a civilian or a force personnel is killed, ultimately a precious life is lost,” Ghulam Hassan Dar, father of 19-year-old Jaish suicide bomber Adil Ahmad Dar, told media persons.

With the grief, the anger is understandable. But seeking revenge from Pakistan shouldn’t boil down to attacking the people of Kashmir, or even Congress leader Navjot Singh Sidhu, for his remarks on the need for dialogue.

Unfortunately, however, some forces are just doing that.

For Kashmiris, this undue outrage has begun from their home state’s winter capital, Jammu, itself.

Following mob violence and arson, curfew was imposed in the city. But violent mobs continue to have a field day and the police have reportedly been largely silent. 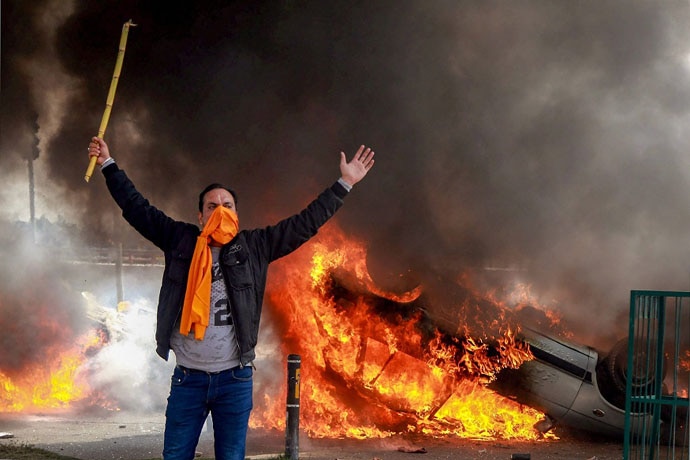 According to The Wire: “The curfew imposed on Friday to suppress mob violence and arson is one confined to official documents and news reports. Due to poor enforcement, violent attacks continue in Janipur area between Kashmiri employees living in quarters and Jammu locals from a nearby colony.”

After two days of attacks, Governor SP Malik, who is stationed in the same city, finally seemed to acknowledge the violence. As per an official handout of February 16, the Governor “convened a high level meeting at the Raj Bhavan and reviewed the present law and order situation in the State in the aftermath of a major terror attack on a CRPF convoy and martyring its personnel.”

The handout said, “The Governor directed the Police to take strict action without mercy against those indulging in any type of violence, arson or rumour mongering irrespective of political and religious affiliation.” The official handout reportedly confirmed that Kashmiris were being targeted in other states as well. 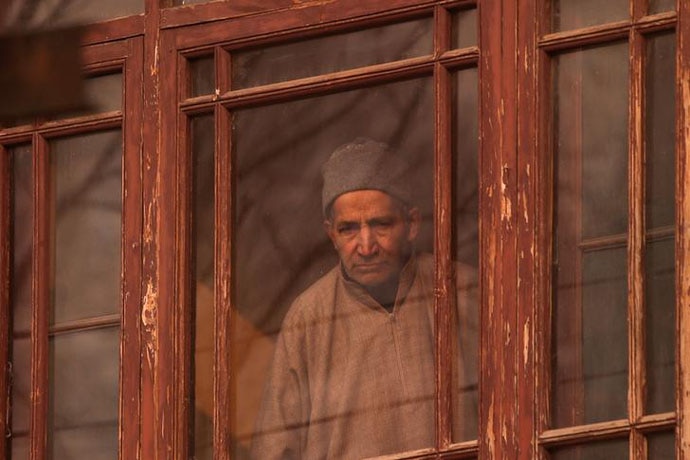 Why should our own countrymen be made to feel unsafe because of the misdeeds of Pakistan? (Photo: Reuters)

“Some minor developments happened in Baba Fareed Institute of Technology, Dehradun, Maharishi Markand University, Ambala and Chitkara University, Batti (H.P.). In all three places, Liaison Officers worked with the Deans/ Vice Chancellors to ensure safety of J&K students. The Governor directed that the LOs should continue to be in close touch with J&K Students and ensure their safety.”

With Parliamentary Elections round the corner, this hatred against a particular community may only help those who bank on votes through polarisation.

For us, in this moment of mourning, attacking fellow mourners insults the very sentiment of collective grief.

Not the government alone, but the citizens of the country in general need to think about that, because Kashmir is a political problem, awaiting a political solution.

Targeting the people of Kashmir for the misdeeds of Pakistan can only alienate the Kashmiris further.

Also read: Pulwama attack: Why the new generation of Kashmiri youth is prepared to kill and die

#Pakistan, #Militancy, #Kashmiris attacked, #Pulwama
The views and opinions expressed in this article are those of the authors and do not necessarily reflect the official policy or position of DailyO.in or the India Today Group. The writers are solely responsible for any claims arising out of the contents of this article.