23-year-old Kevin P Joseph's murder is a hate crime. Without the protests that followed other such crimes. Is this because he was killed in a Communist, not a saffron state?

"God’s own country". That’s what they call Kerala. And indeed, in terms of its beauty, it looks exactly that. Every flower, every wave, every green, grassy blade, seems put in place carefully by God himself, in a landscape framed by a sky fifty shades of blue, a sea that has a surface so polished, fish and firmament meet therein, medieval nets billowing as the breeze gently undulates between the coconut trees. 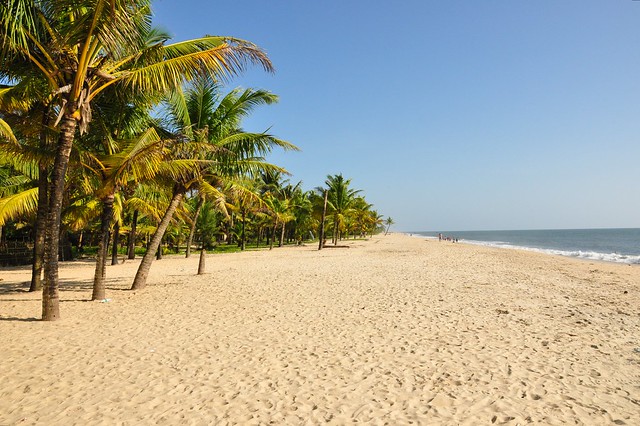 Except for the one thing God didn’t recently put there.

No. God didn’t put him there.

On May 24, Kevin reportedly married 20-year-old Neenu Chacko, in a civil ceremony in Kollam, Kerala. Kevin came from a family of Dalit Christians. Neenu came from a higher-caste, better-off Christian family. Neither cared much about these differences between them. Why would they, when, as their pictures show today, Kevin had a smile that absolutely lit up his cheerful face, adorned with a moustache that twirled jauntily, twisting downwards, emphasising all over again the humourous smile in the young man’s eyes? And Neenu too has a face that looks like it could smile with such ease, a face of simple charm, a face that goes very well with a soft heart.

Only, Neenu’s face isn’t smiling today. It is awash instead with the saddest tears. Shortly after they were married, reportedly against her angered family’s wishes, Kevin and Neenu, fearing attack over their caste and class differences, decided to part for some time. Kevin dropped Neenu to a local women’s hostel while he himself went to a relative’s house. Neenu’s family did reportedly reach the hostel and try to forcibly take the young woman away, but she resisted. However, Kevin wasn’t spared. On Sunday morning, presumably early, presumably before the sun broke on Kollam’s horizon, lighting up its sandy beach, its swaying trees, its pink-and-white lighthouse illuminating its sighing sea, Kevin was abducted with his relative by a gang of several assailants. The relative, Aneesh, was dumped on a roadside hours later after having been brutally tortured.

But Kevin wasn’t even so lucky.

A frantic Neenu and Kevin’s father raced to the Gandhinagar police station, to appeal for help, to lodge a missing person complaint, to beg the authorities to please find Kevin. But to no avail. The local police apparently refused to register their complaint or launch a manhunt. Reports are even filtering in of a patrol vehicle apparently having crossed the same car in which Kevin was abducted, stopping this — it is said — only to extort a bribe and let the murderers go.

When Neenu returned yet again to the police station to beg for aid, she was apparently told the entire police force was busy with security arrangements for Kerala chief minister Pinarayi Vijayan, who was visiting the area, the Chengannur Assembly by-poll being held on Monday. 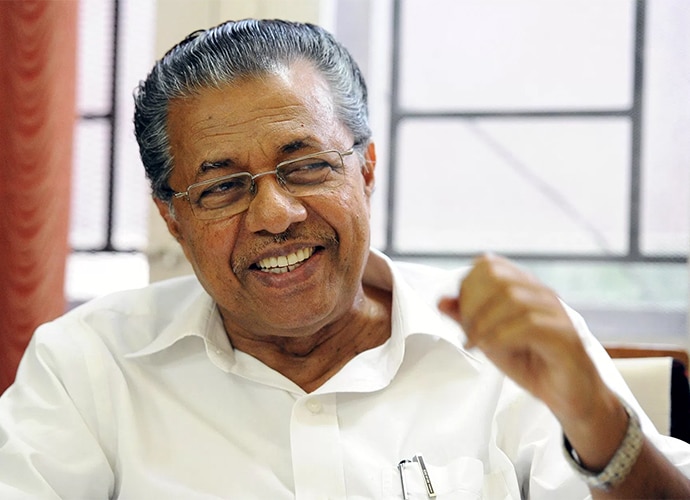 For one whole day thus, the local police was very busy defending the chief minister from enemies unknown — for that one whole day thus, Kevin remained abducted, possibly tortured till he finally sighed and finally, painfully, amongst those who hated him, died, for it was after this one whole day that his body was found floating in a muddy ditch near Kollam.

In God’s own country.

The horrors of his abductors aside — how much can you hate a pair of 20-somethings, whose love for one another, and for the zest, the jest of life, is so visible, even in pictures after one’s death, one’s collapse — a few other questions also arise.

Did the chief minister of a Left party — the workers’ party, the farmers’ party, the party of the most oppressed, the most powerless, the most hunted and abhorred — really need the protection of an entire district’s police force?

Or was the entire district’s police force actually evading helping Kevin and Neenu, because Kevin’s abductors, reportedly led by Neenu’s brother, had strong links to the Left apparatus — some reportedly even functionaries of the local CPI(M)-led Democratic Youth Federation of India?

And is this Left party the same model of ‘Communist Party’ then, described by veteran economist Ashok Mitra, driven by the same feudalism? This came from the fact that leaders of such ‘Left’ parties were mostly the scions of wealthy land-owning families which benefitted during the British Raj and sent its sons abroad to study, where they acquired fashionable airs and trendy views. Returning to India, they joined the Independence movement and after freedom came, ran ‘Left’ parties.

‘Communist’ parties where, Mitra notes sardonically, upper-caste leaders ruled the Red roost and feudalism prevailed — dangerously, for this "feudalism, after all, used to sustain itself on feuds…Intolerance was the credo: I matter, nobody else does; only I deserve to survive and prosper, the rest must either pay obeisance to me, or be liquidated".

Certainly, this is the credo of those who killed Kevin.

Is this also the credo of the state, the party, the authorities which somehow provided a sheltering sky to Kevin’s murderers?

One more question here — Kevin’s killing is also a hate crime. This has not, in all likelihood, been committed by the 'forces of fascism' which, we’ve been told repeatedly over the last four years, have entirely muzzled us. So, why aren’t we out there then, loudly, vociferously, angrily protesting the killing of a 23-year-old man, whose only crime was to fall in love and not bother about human pettinesses like caste and class? Where are the flowers, the candles, the slogans for Kevin? Defeaning silence: Why aren’t we now shouting ‘Not In My Name’? [Photo: Reuters]

Why aren’t we now shouting ‘Not In My Name’?

Or, equally aptly, ‘Not in Marx’s Name’?

#Left, #Udf government, #Kevin p joseph, #Kerala honour killing
The views and opinions expressed in this article are those of the authors and do not necessarily reflect the official policy or position of DailyO.in or the India Today Group. The writers are solely responsible for any claims arising out of the contents of this article.