A tipping point: The Khashoggi killing is the blurring of global moral values and principles

Even as the world is shocked by the brutal murder, will ethical guidelines followed by nations be "trumped" now by geopolitical and energy considerations?

The killing of the Saudi Arabian dissident journalist Jamal Khashoggi in Istanbul, on the premises of the Saudi consulate, has been described by US President Donald Trump on Tuesday (Oct 23) as the “worst in the history of cover-ups, a total fiasco.” He added: "They had a very bad original concept. It was carried out poorly... Bad deal, should have never been thought of. Somebody really messed up.”

This public statement ends the ambiguity that characterised the US position on the Khashoggi affair, wherein the dissident journalist of Saudi origin — but a US citizen and a Washington Post columnist — had "disappeared" after visiting the Saudi consulate in Istanbul on October 2.

Turkish officials claimed that the journalist had been tortured and killed within the consulate.

However, Washington chose to remain ambivalent, given the Trump affinity for the Saudi monarchy and for reasons that span from US geopolitical and commercial interests to the Beltway's personal ties with the royal family. 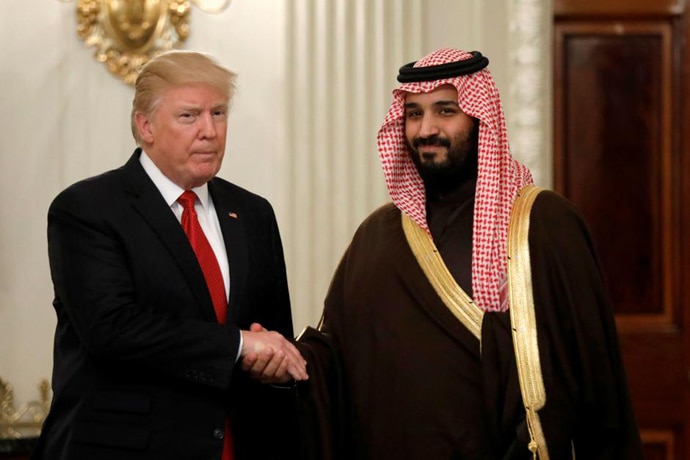 Trump's statement ends the ambiguity that characterised the US position on the Khashoggi case. (Photo: Reuters)

This public castigation by the US President was driven by growing anger and dismay within the US about the killing and the clumsy denials by the Saudi regime. The US censure comes in the wake of the assertion made by the Turkish President Recep Tayyip Erdogan on Tuesday that Khashoggi was targeted in a meticulously planned operation. It has increased the diplomatic heat on Riyadh by publicly demanding that the 18 suspects detained by Saudi Arabia be extradited to Istanbul to face trial.

Apart from the Saudi-Turkey rivalry, the Khashoggi killing raises a number of complex and disturbing issues.

While dissidents the world over have been ruthlessly targeted by authoritarian regimes (recall the manner in which Russian dissidents have mysteriously disappeared or died in the UK, or the Chinese detention of their dissidents including Nobel Prize winner Liu Xiaobo), the Istanbul killing stands out for its sheer audacity and vileness.

Turkish media reports reveal that the team from Saudi Arabia which "supervised" the killing had among them a specialist equipped with a bone-saw to dismember the body of the slain journalist.

Unconfirmed reports suggest that the body parts have been buried or hidden within the residence of the consulate staff and more gory details of this killing are likely to be revealed soon.

The Turkish President has drawn attention to the gross violation of the principle of diplomatic immunity and has argued that while the Saudi consulate does enjoy such privileges, the fact that such a murder of a US Green Card-holder took place on Turkish soil warrants Ankara’s intervention. How a Saudi-Turkey-USA modus vivendi is arrived at amidst the current blood and body-splattered imbroglio will shape the principles underpinning diplomatic immunity internationally in the years ahead.

More than the limited sector of diplomatic principles and protocols is the rather complex domain that governs the conduct of international relations and the engagement between nations. State power has an inherent oppressive element embedded in it and democracies are no exception to this thumb rule. How political dissidence is dealt with varies with national culture, countries and the leader in question. In the Khashoggi case, the journalist, who once had very close ties with the Saudi royal family, had become critical of the young crown prince Mohammed bin Salman (MBS) — he paid with his life.

Will moral principles and ethical values shape the global response to this killing of a journalist?

President Erdogan declared, “Covering up a savage murder like this will only hurt the human conscience. We expect the same sensitivity from all parties, primarily the Saudi Arabian leadership.” Cynics can draw attention to the manner in which Erdogan himself and Turkey, in general, have dealt with their own political dissidents, but the Khashoggi case has turned the global spotlight on the Saudi profile in an embarrassing manner. The Khashoggi affair appears to be the tipping point, even for the US. (Photo: Reuters)

Long accused of supporting radical Islamic ideologies and terror groups (recall the identity of the perpetrators in the 9/11  Twin Tower attack), Saudi Arabia has a dismal human rights record when it comes to journalists and political dissidents. Yet, given its hydro-carbon primacy in the world and individual geopolitical compulsions, most nations defer to Riyadh and prefer to turn a Nelson’s eye to many of its transgressions.

The Khashoggi affair appears to be the tipping point to this pattern — even a very empathetic USA (that has long lived with the contradiction of the world’s oldest democracy supporting a regime that, till recently, forbade women from driving a car) is now talking about a firm response. US Vice President Mike Pence claimed that the American decision will be one that “reflects the values and national security interests of the nation and will also make sure the world knows the truth.”

However outraged global opinion is currently over the Khashoggi death, it is more likely that normative principles and values will be "trumped" by the complex geopolitical and energy considerations that Saudi Arabia represents. It is pertinent to note that India, China and Russia have been muted in their public statements about this sordid issue – there is a sub-text here which is a disquieting reality check about the unalloyed realpolitik contours of international relations.

#US, #Donald Trump, #Saudi Arabia, #Turkey
The views and opinions expressed in this article are those of the authors and do not necessarily reflect the official policy or position of DailyO.in or the India Today Group. The writers are solely responsible for any claims arising out of the contents of this article.