Why is life so cheap in Kolkata?

Around February this year, a WhatsApp forward was doing the rounds. It was a picture of a flyover in Rajarhat, the cracks on the pillars encircled in red. My mother forwarded the picture to me saying, “Your father takes this bridge daily. Do something.” The message that went viral turned out to be a two-year-old picture and another piece of fake news.

However, what has kept bothering me since is what my mother asked of me — "do something".

What can the helpless common Indian do in the face of this insurmountable corruption, apathy, lack of accountability that pass off as governance in the state of West Bengal? Where the price of life, as has been announced ex gratia by the government yesterday (September 5), stands at Rs 5 lakh. 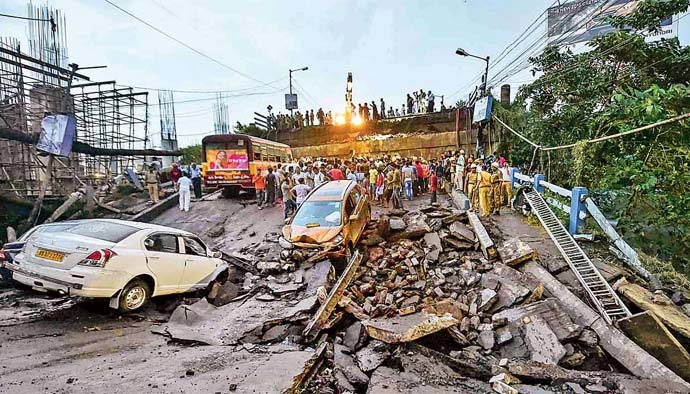 Majerhat mess: People stand next to the wreckage of vehicles at the site of the bridge that collapsed in Kolkata on September 4. (Credit: PTI photo)

Two years after the horrific collapse of the Vivekananda flyover that killed 26 and injured over 60, Kolkatans were understandably jittery. The Vivekananda flyover was the second major flyover to have collapsed. That it happened during rush hour, in Kolkata’s central business district of Burra Bazaar compounded the horror of the tragedy. All those arrested are now out on bail and as is the norm here, the court case, investigation, linger on without any closure. All those lives snuffed out, those devastated families forgotten, if not forsaken after disbursing payouts, considered enough for a life lost.

#Kolkata : Bridge collapses in #Majerhat; many people feared trapped under the bridge pic.twitter.com/cCUzZlyLeC

Several vehicles damaged in a major flyover collapse in Kolkata. Cars and buses damaged. First pictures on @IndiaToday. Was a very busy area. Majerhaat area. Some rescued by people. Cops tell people/bikers to get off the flyover. 2016 too a flyover had collapsed. @IndiaToday pic.twitter.com/dKimqbxOfR

Yesterday (September 4), those jittery commuters’ worst fears came true again as yet another bridge collapsed. The Majerhat Bridge, the crucial flyover that connects the central business districts of Kolkata to its densely populated residential areas such as New Alipore, Taratala, Behala and fast-growing populous suburbs like Joka, has killed two and injured 20.

It begs the question — Why do Kolkata’s bridges keep falling? Just after the Vivekananda flyover, the West Bengal government had asked for a "physical audit" of all bridges. Initially, 23 bridges were selected for audit, but finally a decision to audit only five was taken. When asked if the Majerhat Bridge was one of those considered in the audit, the response was an example of apathy at its worst. “We cannot remember at the moment,” said one of the concerned officials. Who will answer why all the flyovers and bridges were not audited?

Who took the decision to reduce the number of audits to five from 23 and why? 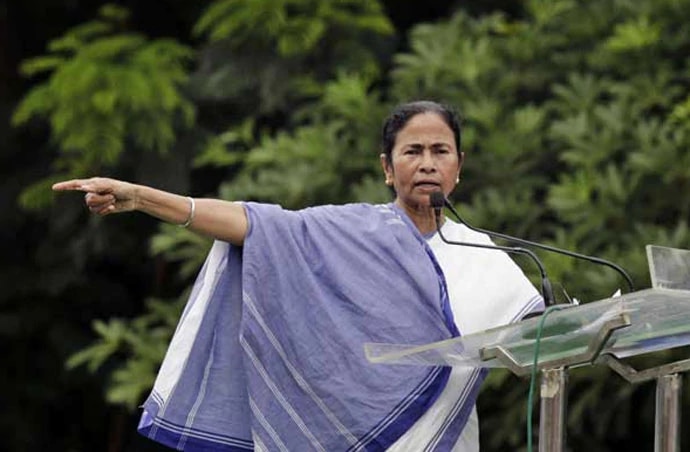 Who will claim responsibility? The Mamata Banerjee-led TMC government in West Bengal was warned about Majerhat Bridge two years back. (Credit: Twitter)

Was the Majerhat Bridge, which shows clear cracks all over it with big trees and vegetation growing out of the concrete, audited? If audited, why were extensive repair works not taken up?

And we must ask today what happened to the audit report of the five bridges audited. What action was or has been taken? And if nothing has been done so far then why has it not been done?

The government of West Bengal has given as a dole of Rs 2 lakh each to at least 4,300 local clubs. If the taxpayers money can be squandered like this, why can those 23 flyovers and bridges not be audited to ensure safety of life?

Why is life so cheap here in Kolkata?

In addition to those five bridges, Rites Ltd — the consultants hired for the audits — also submitted a report on the Dhakuria bridge. This is a key flyover that connects the arterial road from Gariahat to heavily populated residential areas all the way to Garia, from where thousands commute each day crossing that very Dhakuria flyover.

It was said to be weakening at its base because of rats gnawing at it. Yes, you read that right. Rats.

While politicians dodge responsibility and play the blame game, Kolkatans will only get half-hearted answers to their questions. Rats, poor quality steel, continuous rains, and tremors from the Metro construction — all sorts of reasons will be thrown up as excuses to explain our faulty, shaky bridges.

But the real killers are not the above-mentioned "culprits", but apathy, negligence and shoddy work culture. This is what Kolkata lives with. This continuous sense of unease each time you cross a bridge or a flyover, each time a family member ventures outdoors or is late or when a phone call is answered with an ominous "not available", or goes unanswered.

#Infrastructure, #Mamata Banerjee, #Majerhat bridge, #Kolkata Bridge collapse
The views and opinions expressed in this article are those of the authors and do not necessarily reflect the official policy or position of DailyO.in or the India Today Group. The writers are solely responsible for any claims arising out of the contents of this article.