At an Indo-Pak conference held in Patiala in 2004, veteran journalist Kuldip Nayar narrated a story about the Emergency and a dargah (mausoleum) from his hometown of Sialkot (now in Pakistan).

Passing away of Kuldip Nayar, journalist, author, parliamentarian & diplomat, above all, best friend of Pakistan in India, great loss to peace & good neighbourliness in South Asia; Sialkot-born, he loved Lahore, took part in first Pakistan-India Track 2 held in Islamabad in 1984.

As a reporter and an editor, Kuldip Nayar’s home was the newsroom of The Indian Express. Where he will live forever.

Kuldip Nayar, 95, wrote this column before his final exit. The day he was cremated at Lodhi his column appeared in Lokmat Times! He criticised the government for its vote-bank politics over NRC. His spirit to keep on working and his warmth will be greatly missed. pic.twitter.com/8ZMTQAvzpZ

Nayar had been arrested during the Emergency, and during his incarceration, he was allowed an occasional visit from his family members. On one such occasion, when his mother came to meet him for the "mulakat", she narrated a prophesy: “Coming Thursday, you will be released.”

The end of Emergency was nowhere in sight, and at that time, few had an inkling that the draconian measures of the Emergency would be rescinded. Although he was behind bars, Kuldip Nayar was aware of the developments, and the prospect of an early release seemed remote. 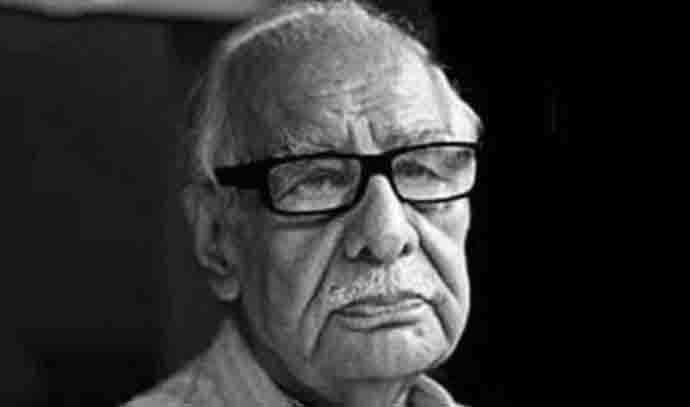 His mother, however, remained unfazed, as she told a story about a 'Pir' (spiritual guide) from Sialkot. "Last night, Pir ji from Sialkot spoke to me in my dream," she said.

"Pir ji told me that you will be released this coming Thursday," she added. Nayar listened carefully, and did not respond. He was 24 when Partition took place, and he had vivid memories of Sialkot and the dargah.

As foretold, the coming Thursday, his release orders were issued. Although Nayar could not be released that day since the orders arrived late in the day, he was finally set free from prison the next day. Following his release, Nayar was asked by his mother to offer a 'chadar' at the dargah of the Pir in Sialkot. It took him many months, but Nayar lived up to his promise and made an offering at Sialkot.

The anecdote reflected two pivotal aspects of Nayar’s persona — his steadfast commitment to freedom of speech (he went to prison for this), and his unwavering support to India-Pakistan peace efforts.

His arrest was reportedly precipitated by his activism at the Delhi Press Club when he led a signature campaign against the Emergency. Nayar’s stint in Tihar jail and his subsequent writings about Emergency cemented his stature as a steadfast proponent of press freedom as well as civil liberties. A decade later, he rallied again when Indira’s son Rajiv Gandhi brought the defamation bill in 1988.

If the earlier generation knew him for his dedication to civil liberties, the next generation knew him as a peacenik. An unwavering champion of India-Pakistan peace, Kuldip Nayar continued his activism even during challenging times with the Wagah-Attari candle light marches being the obvious manifestation of his advocacy. During subsequent conversations with the author, he even envisioned a news agency for people in South Asia.

“Why should Indians hear about events in Pakistan from western news agencies?” he had asked.

"We should create a news service that serves South Asia", he had reasoned, and suggested a name for the wire service — South Asia News Service (SANS).

The 'Pir' at Sialkot would have been truly delighted with SANS.

Also read: Kuldip Nayar on why he thought Emergency could never happen