What happened at Lakhimpur Kheri on October 3

The farmers protest in Lakhimpur turned deadly and resulted in the death of 9 people. Allegedly, the 4 farmers were killed by Ashish Misra. The conflict has received immense scrutiny from farmers and UP opposition.

The farmers' protest on Sunday (October 3) in Lakhimpur Kheri’s Tikunia in Uttar Pradesh took a violent turn, resulting in the death of at least 8 people. The convoy of Ashish Misra, son of Union Minister of State (Home) Ajay Misra Teni, allegedly ran 4 farmers over. Ajay Misra denied these allegations, and stated that his son was not present at the scene. Misra told ANI, “My son wasn't present at the spot. There were miscreants who attacked workers with sticks and swords. If my son would've been there, he wouldn't have come out alive”. (Deep Dive | Lakhimpur Kheri: A brief history of 8 deaths)

THE DEATHS: According to farmers' bodies, the four farmers allegedly run over by Ashish Misra's convoy are: Lavpreet Singh (20), Daljeet Singh (35), Nakshatra Singh (55) and Gurvinder Singh (18). In addition to these four, reports say that a journalist, Raman Kashyap, too died in Lakhimpur on Sunday. The other four deaths, allegedly, are of BJP members who were travelling in a car and were allegedly dragged out of the car and lynched by the protesters.

WHY: On October 3, the farmers had assembled to protest against Ajay Misra for his earlier statement from September 25 in Lakhimpur Kheri, where he had said that the protest involved just "10-15 people" and that "it would take just two minutes to make them fall in line". 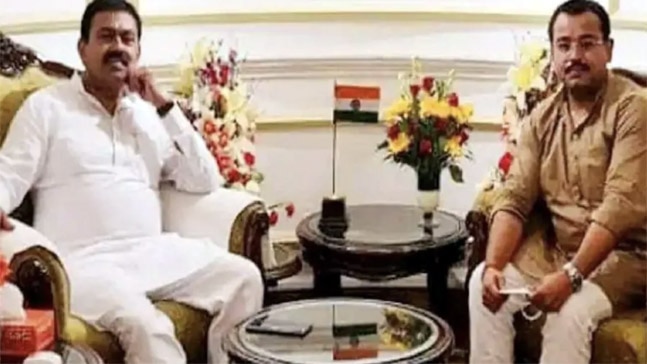 ACTION TAKEN SO FAR: An FIR has been lodged against Ashish Misra for the death of the 4 farmers and internet services have been blocked in Lakhimpur. UP CM Yogi Adityanath has ordered a probe, and directed ADG (Law and Order, UP) Prashant Kumar to control the situation. The Samyukta Kisan Morcha has released a list of demands in response to the incident; the dismissal of Ajay Misra, registration of murder cases against Ashish Misra and others accused in the incident, and for the clash to be probed by a sitting judge in the Supreme Court. They have written a letter to President Ramnath Kovind on the same.

OPPOSITION REACTS: Senior Congress leader Priyanka Gandhi has been detained in Sitapur while she was on her way to Lakhimpur to meet the families of the deceased farmers. In a telephonic interview to India Today's Rajdeep Sardesai, Gandhi mentioned that active efforts were being made by UP Police to stop her from reaching Lakhimpur while she kept asking officers around her to provide warrants or orders for her arrest.

Samajwadi Party Chief Akhilesh Yadav sat on a dharna near his Lucknow residence. He was detained by the police and taken in the SHO Hazratganj police vehicle. BSP President Mayawati also tweeted, “BSP's National General Secretary and Rajya Sabha MP Shri SC Mishra was placed under house arrest late last night at his residence in Lucknow, which is still continuing so that the party delegation under his leadership could not go to Lakhimpur Kheri to get the correct report of the farmer's massacre. This is very sad and condemnable."

TRUCE: An agreement has been reached between farmers and the UP government. It was announced that Rs 45 lakh each will be paid to the families of the four deceased farmers, Rs 10 lakh to those injured, and the incident will be probed by a retired High Court judge.

THE O: The farmers protest in Lakhimpur Kheri on October 3 turned violent, and resulted in the death of at least 8 people. While farmers' bodies have claimed that four farmers were run over by the convoy of Ashish Misra, son of Union MoS (Home) Ajay Misra, the minister has denied the allegations.