The Liberal Mafia: Entitled, assertive and vindictive, the liberal gang of India is deeply biased

Most liberals in India flout the tenets of true liberalism but take a ‘holier-than-thou’ stance on issues that ruffle their interests. The 49 letter-writers addressing PM Modi are the same.

You can recognise them by their body language: deliberate, entitled, assertive. Most come from solid middle-class backgrounds. They studied hard, became journalists, historians, politicians, filmmakers and activists.

They call themselves liberal.

They are anything but.

Liberalism’s first law requires open-mindedness. Their minds are closed. Liberalism’s second law demands even-handedness. They outrage selectively. The third law of liberalism is the one they flout most flagrantly — tolerance.

Tolerance — not to injustice or wrongdoing, but tolerance to contrarian points of view.

I believe — and have written so unequivocally over the years — that Modi has erred grievously on economic reforms, failed to control louts in the BJP, robbed institutions of their independence, and indulged those in the party with regressive views on science.

That doesn’t mean everything that Modi does has to be viewed through a prism of prejudice.

There are shades of grey and areas of nuance that escape the clogged minds of those who pose as liberals but who fail the fourth law of liberalism — balance.

The liberal mafia behaves like, well, the mafia. It is ruthless with ideological opponents. It hunts in packs. It tries to intimidate those with contrarian views. It boycotts and it disparages.

This is graphically illustrated by the open letter addressed to the Prime Minister by 49 “eminent” citizens. 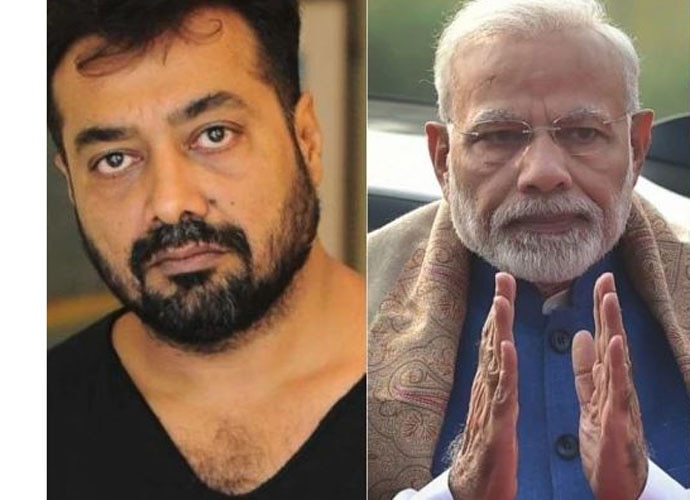 Why so prejudiced? The open letter to the PM by 49 liberals reeks of selective complaint. (Photo: India Today)

The letter has received a response from 62 well-known citizens. The matter is open for a broader debate on the truly liberal approach to the issues both letters address.

The BJP is certainly not a liberal party. It has a narrow view on LGBTQIA+ rights. It stutters over an open economy in order to protect its trader vote base. It uses communal and casteist elements in the party to polarise the electorate. It is obsessed with global rankings on innovation, ease of doing business and sundry other parameters, betraying an insecurity complex.

But the BJP is fortunate that the Opposition is even less liberal — the Congress violates every principle of liberalism by placing loyalty to the Gandhis above merit. Regional parties like the TMC, SP, BSP and RJD use religion and caste even more damagingly than the BJP.

In this hopeless miasma of ill-liberalism, the duty of “public intellectuals” is to raise the level of debate, not resort to ideological score-settling. The criticism of well-meaning citizens would be taken more seriously if it was more balanced. Of course, Muslims and Christians need protection from the mindless lynch mobs that take the law into their own hands. But the criticism loses credibility if it is one-sided.

It is a severe indictment of these intellectuals — the definition sits uneasily on many of their heads — that they don’t realise how ineffective their criticism is rendered by targeting a narrow ideological strain.

Many criticisms of the BJP are valid. The party has not done enough for mainstream Muslims, though Muslims themselves have contributed to their own plight by being willing political pawns for the Opposition. Free yourself: You can be socially left-leaning and economically, to the right. There are no barriers. (Photo: India Today)

The BJP and Modi need constructive criticism to keep a majority government in check, demand accountability and ensure good governance. We also need to hear from more voices within the government besides Modi and Amit Shah.

As they did in the triple talaq Parliamentary debate, more BJP MPs must be encouraged to speak up. Of the party’s 303 MPs, it would be a challenge for most voters to identify more than 30 by name.

The last thing India needs is the BJP mutating into the Congress with its feudal high command culture, voiceless MPs, sycophancy, nepotism and arrogance.

Over decades of feudal Congress governments, an ecosystem of entitlement has been created. Modi and the BJP have used the wrong strategy to create an alternative ecosystem based on fairness and equality, not nepotism and favouritism. For example, the focus on promoting Hindi is fine in principle but neglecting English, the world’s lingua franca, is a mistake. Correcting history textbooks is again good in principle — but replacing outdated colonial and Mughal versions with mythology is regressive. 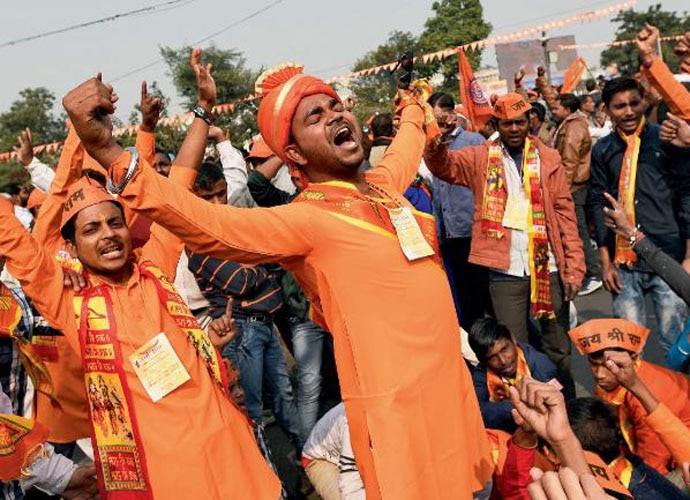 Bias vs bias: One side isn't liberal — but neither is the other. (Photo: India Today)

What liberal intellectuals — those who are really liberal and really intellectual — need to do is support issues, not ideologies based on false Left and Right paradigms.

In short, don’t be trapped in a left-wing or a right-wing bunker. Be a liberal on social policies and a liberal on economic policies.

What about religion and caste? India is unfortunately hostage to both. But in an evolved democracy, the only litmus test for liberalism is to be caste-agnostic and religion-agnostic. Condemn violence wherever it occurs, whoever be the victim and whoever the perpetrator.

In the end, the two qualities that define the true liberal are fairness and balance.

On that count, the 49 letter-writers fail the test.

Also Read: The deafening echo chamber: Why it's vital to open up areas of discussion to those who disagree