Sushma Swaraj had a minor altercation with Advani’s aide, Sudheendra Kulkarni, who had scripted his Pakistan speeches.

In June 2005, Lal Krishna Advani set off for a visit to Pakistan. He was born in Sindh in undivided India and was one of the Partition refugees on both sides of border who would rise to political prominence. Advani’s Pakistan visit began a strange sequence of events where the ghost of Muhammad Ali Jinnah, Pakistan’s founder, impacted the careers of two BJP notables, first his own in 2005, and later Jaswant Singh’s, in 2009.

The minute LK Advani set foot on Pakistani soil, in an act almost akin to a magic realism novel, the Indian right-wing hawk suddenly transformed into a Muslim-loving dove. Peace with Pakistan, he said as one of the first things; the demolition of Babri masjid was the saddest day; Partition is irreversible; there is a Pakistani in every Indian. And then remarkably from the president of a party whose members openly referred to Muslims as “Jinnah ki aulad” (Jinnah’s offspring), Advani came up with a complex formulation that presented Jinnah, the creator of the Two Nation Theory as a “great man” who had promoted Hindu–Muslim unity. Advani came up with a complex formulation that presented Jinnah as a “great man” (Photo: AP)

This was nothing short of heresy for the party of the faithful. Their ideological guru had just debunked an entire body of beliefs. A lesser leader would have been shown the door. But the man at the centre was the chief architect of Hindutva, who had groomed all the second-rung leaders who were now so well trained in critiquing Jinnah. The mismatch between the party and its leader had never been so stark. The BJP was plunged into what they called, a “dharam sankat” (conundrum) of epic proportions.

The VHP leaders lost no time in labelling Advani a “traitor”. The RSS was angry and stunned at Advani’s transformation. But the more crucial battle was being waged within the BJP where even his loyalists were unwilling to endorse his statement. Even the moderates within the party saw Advani’s revisionist attitude vis-à-vis Jinnah as too bizarre to be viewed as a genuine battle for the middle ground.

Pragmatists like Pramod Mahajan watched silently from the sidelines; Sushma Swaraj had a minor altercation with Advani’s aide, Sudheendra Kulkarni, who had scripted his Pakistan speeches. When Kulkarni demanded that the party release the Jinnah statement (the party eventually did not issue a press release, but uploaded the statement on its website), another senior leader snapped at him, saying, “We aren’t contesting elections in Pakistan!” For once, even an Advani acolyte like Venkaiah Naidu didn’t find the words for a robust defence of his leader.

Many leaders went public with their misgivings. Murli Manohar Joshi was categorical that “there is no question of compromising with ideology and supporting Advani’s words on Jinnah.” Yashwant Sinha even went as far as demanding that Advani quit as Leader of the Opposition, and then backtracked. In an internal meeting, the ex-chief minister of UP, Kalyan Singh, allegedly said that the party should be saved the embarrassment of a debate on Jinnah in Parliament by requesting Advani to resign from the post. 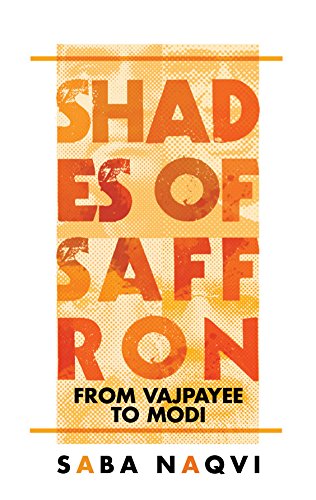 “It is impossible for us to defend his words about Jinnah,” he said. One of the few Muslim members of the BJP, Shahnawaz Hussain declared, “Jinnah is not a hero for any Indian Muslim. He is communal, not secular. We joined the BJP to fight Jinnah’s legacy not to defend it.”

Vinay Katiyar, hero of the Ram temple movement and a man who is known for his incendiary speeches, said: “Jinnah first partitioned India. Now he has partitioned the BJP.’

The real mystery lay in understanding what Advani hoped to achieve by his statements in Pakistan. Did he believe that praising Jinnah was the key to softening Indian Muslims? If so, then it revealed a very stunted understanding of Indian secularism. I was also vaguely insulted as it suggested that Jinnah was an ideal for them! 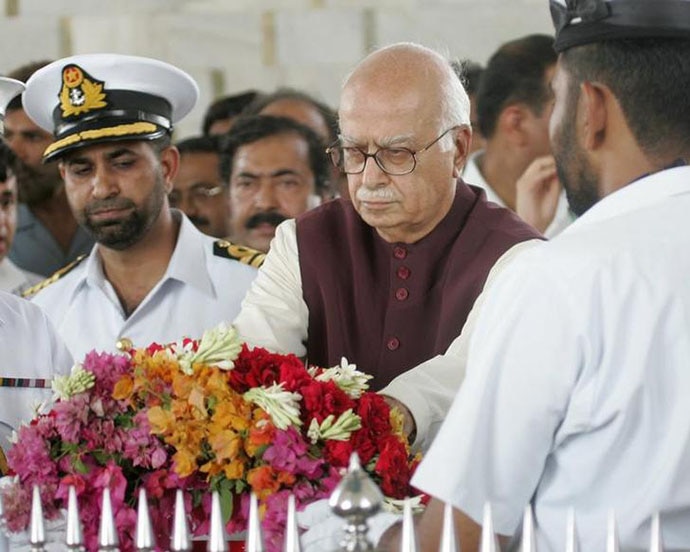 Advani then made it clear: he was ready for a showdown with the Sangh (Photo: Reuters)

The drama got more and more bizarre, even as Lal Krishna Advani refused to backtrack. He was also reportedly upset that his party colleagues had toned down the welcome reception on his return and were reluctant to release any statement hailing his visit to Pakistan. Many second-rung leaders who later called on him were told in no uncertain terms that he was “deeply hurt” at their inability to defend him.

LK Advani would then use the entire force of his personality and authority to try and make the party fall in line. But he was met with a stubborn resistance fuelled by the “no compromise over ideology” stand of the RSS. When everything else failed, it was eventually left to Atal Bihari Vajpayee to defend the man with whom he had such a complex working relationship. But the prudent man that Vajpayee was, he is believed to have told his small band of loyalists that if Advani lost this round, the party would go into the hands of hardliners and that would signal the end of the NDA in its current form.

Vajpayee is believed to have told his loyalists that if Advani lost this round, the party would go into the hands of hardliners

Advani then made it clear: he was ready for a showdown with the Sangh. By then, the RSS chief, K Sudarshan had publicly humiliated him and Vajpayee by saying they should make way for younger leaders. Advani began telling his loyalists in private that the RSS needed to be fixed. A few months later, in September 2005, at a press conference after a BJP national executive meet in Chennai, he said, “The impression has gained ground that no decision can be taken by the BJP without the consent of RSS functionaries… this will do no good either to the party or the RSS.”

That Chennai press conference was a result of Advani losing RSS support after the Jinnah remarks. After all, the ideological implications of what LK Advani had said after his visit to Pakistan were huge for the BJP. The party was, in one stroke, being asked to give up its pursuit of identity politics, and the Pakistan–Islam–Muslim pyramid was being demolished by the very man who had constructed it. Even if Advani had set out with the noble intention of changing the BJP, the manner in which he did so placed a question mark on the entire enterprise.

Besides, the question that bothered liberals was why should Jinnah be praised by an Indian political figure? Of course he had ambiguities, but his legacy is fundamentally an anti-thesis to everything that India ideally stood for. He was behind the Partition which was based on the premise of “different religions, different nations” and the name of the country he founded literally translates into Land of the Pure, implying others are impure.

I wondered if the fascination with Jinnah had something to do with the fact that at one level, BJP leaders also identify with a nation founded on the basis of religion?

(Excerpted with the permission of the Westland Books from Shades of Saffron, by Saba Naqvi)