The electorate has sent a powerful message - it wants change. Not more violence. And the older parties are irrelevant to its real issues.

Despite the two large local political parties — the National Conference (NC) and the Jammu-Kashmir People’s Democratic Party (PDP) — boycotting the local body polls that were held in Jammu and Kashmir (J&K) for the first time in 13 years, or even threats from the terrorists, high voter turnout confirms how the historical significance of these elections are not lost on the people.

I had previously written on how the ground-up approach towards restoring democracy in the state would truly empower the electorate, counter the Pakistan-sponsored “psyops” and most importantly, ask the young citizens of the state to choose their own destiny. The results of the epoch-making polls that witnessed a 65 per cent turnout in just the first phase, have not only vindicated the faith of the local people in India’s democratic process but also ushered in a new political mainstream in the Valley. 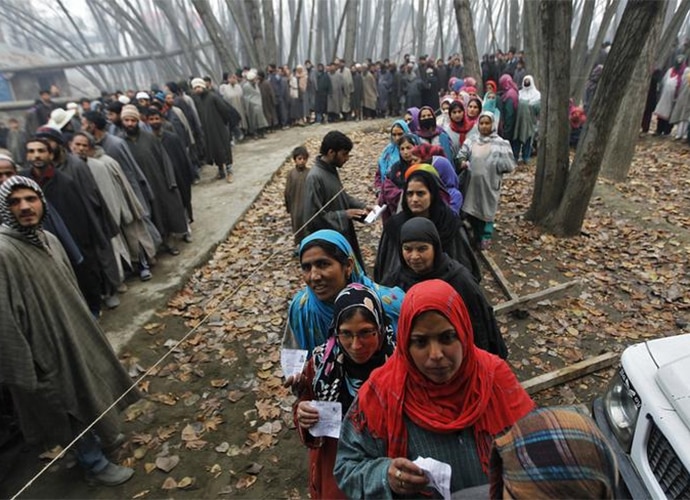 Their vote is loud, clear - and new. (Photo: Reuters)

The Bharatiya Janata Party’s (BJP) clean sweep in the four militancy-infested districts of South Kashmir — Anantnag, Kulgam, Pulwama, and Shopian — gives a clear indication that the locals are tired with the dog-and-pony show used to attract them. There is a possibility that statisticians and other political commentators would try not to read too much into the BJP’s victory, but the ground reality is often different. In Shopian where the BJP won unopposed in the 13 wards, it had fielded local Muslim leaders and this does away with the media and other observers claiming that the “saffron” party is not an equal-opportunity organisation.

Irrespective of how one would ultimately choose to see these elections, the fact remains that the electorate has sent out a powerful message. At places where the voter felt that issues could be resolved locally, they have voted for independents or even the “older” and more “traditional” outfits i.e. the Congress, which has won across 267 wards but in areas where they felt the need for a change they have voted for the BJP.

Going by the pattern of how the state seems to have voted, one could probably say that the voter’s mood and the reaction is different in the comparatively “peaceful” areas such as Leh where the Congress swept all 13 seats, and the ones in the line of fire where the BJP has won the mandate. The emergence of the BJP as the single largest party winning over 300 wards is also a testimony to the fact that parting ways with the PDP is not a problem, at least in the minds of the average voter. This is also a manifestation of the local Kashmiri’s faith in Prime Minister Modi and the manner in which his government is addressing their concerns. It wouldn't be totally incorrect to also say that the aam Kashmiri is opting for the Modi governance model and shunning divisive communal politics including the media labeling the BJP as “saffron party” i.e. a “Hindu” party and Pakistan propaganda polarising people further with their narratives around “azaadi”, based on Islamic religious identity and such. 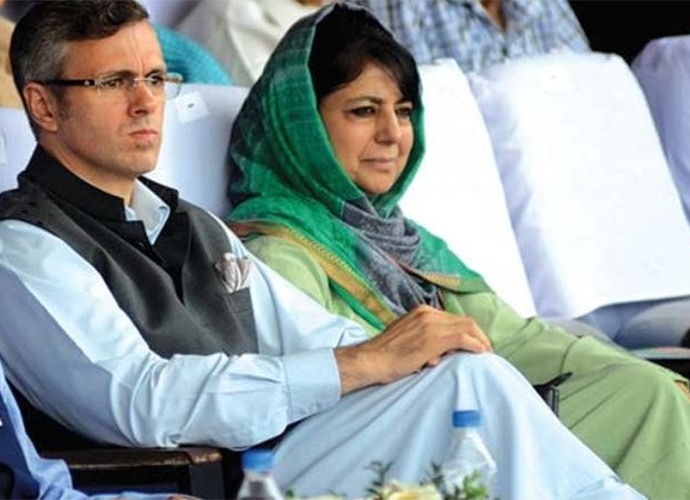 So, whose election was this anyway? Given local tantrums, BJP won out in J&K. (Photo: PTI)

The way national media, as well as most of the mainstream news platforms, interprets election results reveals the lens they view things from. One needs to question how a larger chunk of media expounds any nondescript by-election as if it was a referendum on the way a country of 1.3 billion people thinks — but mostly ignores something as momentous as a local body elections in a state besieged by all sorts of trouble, and also one where their so-called representatives ask them to shun their right to choose.

Some of us could decide to call the state local body elections meaningless as the presumably important local parties did not participate — yet, the common citizens went out to cast their vote and perform their civic duties.

The only irrelevant group was the one that kept away - and the voter has perhaps told them that they do not matter.

There is little difference between events that happen and history that is created; the latter needs to be observed. It’s the people and their stories that transform mere events into history and that is what is happening in Jammu and Kashmir.

Post your comment
#BJP, #Jammu and Kashmir, #Panchayat Polls, #Kashmir local body polls
The views and opinions expressed in this article are those of the authors and do not necessarily reflect the official policy or position of DailyO.in or the India Today Group. The writers are solely responsible for any claims arising out of the contents of this article.