Convenient Secularists: How those who called Vajpayee 'communal' first later hailed him as a 'statesman'

Political narratives are all about convenience. You are 'secular' when you talk of caste groups or the Muslim-Yadav combination. But you are 'communal' when you speak of the Hindu vote bank. What drives such selective standards?

We are within what is perhaps one of the most important elections seen in India. This will be a tough election — a do-or-die for most mainstream parties.

However, what is interesting to see is how the narratives are being played out. 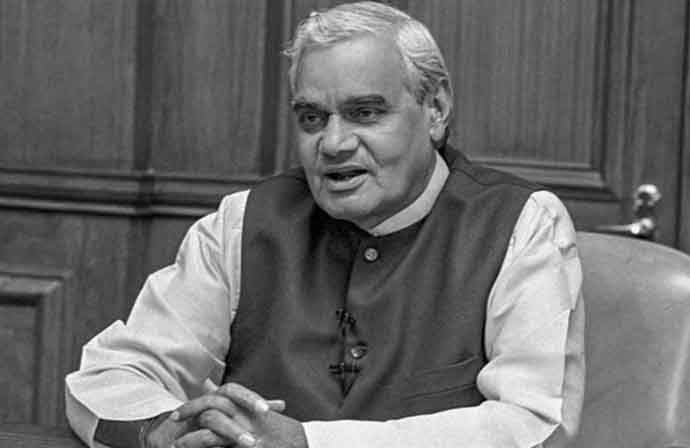 Atal Bihari Vajpayee was politically untouchable by the same people who later called him 'a statesman'. (Source: PTI)

However, between 1996 — his first term of 13 days — and 1999, his full term of five years, there was a 13-month term which saw an untimely demise when he lost a no-confidence motion by just one vote.

The word ‘communal’ was bandied about yet again, and the likes of Saifuddin Soz and the Bahujan Samaj Party (BSP) ensured that the ‘communal’ man was ousted.

I am stressing on the word ‘communal’ because it becomes fashionable in Indian politics as per convenience. It is never conviction — only convenience. In Vajpayee’s case, it is even more ironic because when he passed away on August 16, 2018, there were many who hailed him as a ‘statesman’.

You are communal when in power, a statesman when you die.

I have spent nearly two decades in different newsrooms now, and there is a pattern you see time and again. It gets alarming, yet extremely predictable, closer to elections.

During the Vajpayee era, a large section owing their allegiance to the Congress ensured you felt scared of the government. “Minorities are ‘unsafe’, the man and his government need to go,” was a constant refrain. Apart from the gory and repulsive killing of Graham Staines and his two sons on January 22, 1999, which was condemned by one and all, the opposition could not show much, but still succeeded in bringing down the government by one vote in 1999.

That Vajpayee bounced back and returned with a thumping majority to rule for another five years is another story. The cock and bull stories of manufactured ‘fear’ have existed all through. No wonder the same narrative has started playing out yet again. Hence, there is an intermittent spurt of ‘award wapsi’, comments made by celebrities as to how very unsafe they feel in India — and last but not the least, EVMs.

It’s the narrative of convenience that baffles me the most.

EVMs malfunction/rigging depends entirely on the score line. Did you hear a whimper after the Congress won assembly elections in the three states of Rajasthan, Madhya Pradesh, Chhattisgarh?

Similarly, a party becomes 'secular' or 'communal' depending on which side of the fence you are on. You are pure, objective and secular even if you blatantly flaunt caste configurations, talk about M-Y (Muslim-Yadav) combinations, but you become communal when you talk about the Hindu vote bank.

This prejudice and hypocrisy translates into a narrative almost all the time. So much so that it has not only become predictable but also, people have seen it through as well. And that’s the reason why such narratives come and go as fast as they appear.

At best, they are seasonal — award wapsi, the 'fear' factor, allegations of EVM tampering, etc., etc. They are timed to gain eye balls around election time. This reminds me of the famous song — 'Karma chameleon, you come and go'.

However, when visceral and pathological hatred for one party and one individual defines your existence, then you cannot expect to play fair. Your irrationality is bound to be met with an equal and opposite reaction as well. Are they buying it? Award wapsi, the 'fear' factor, allegations of EVM tampering, now appear seasonally in India. (Source: Reuters)

One more narrative which I see being peddled around these days is — if you don’t support the BJP, you are anti-national. Well, aren’t those who question the Congress branded as ‘Bhakts’ in no time?

It cuts both ways.

The truth may be somewhere in-between. But are you ready to walk the talk? Or do you want to be ensconced in your ivory tower of being a ‘left liberal’? I find the term the biggest oxymoron anyway. In fact, I have an entirely contrarian view — liberals and leftist ideology don’t go together.

But then, we can agree to disagree.

Also read: Taslima Nasreen: 'I have never experienced any problem with freedom of speech under Narendra Modi'

#Liberals, #Communalism, #Atal Bihari Vajpayee, #Lok Sabha elections 2019
The views and opinions expressed in this article are those of the authors and do not necessarily reflect the official policy or position of DailyO.in or the India Today Group. The writers are solely responsible for any claims arising out of the contents of this article.