Lok Sabha Elections: Why Narendra Modi in 2019 needs a bigger wave than 2014

Is anti-incumbency the basic nature of Indian electoral mandates? Do people vote on performance or promises?

Beyond the high-octane statistics of caste propensities, and the infatuation with political charisma, there is another world of facts that can help us find answers to these perplexing questions, along with why Prime Minister Narendra Modi needs a bigger wave in 2019 than what he pulled off in 2014. The wave of 2014 was big. does Modi need an even bigger one this time? (Photo: Reuters/PTI)

While the jury has always been out on whether India votes on caste and emotional appeal, or the voters weigh their decision basis the quality of their lives under a given government, our complex and vibrant Indian democracy have never been short of cards up her sleeve to astonish even the smartest politicians.

An electoral journey through the labyrinth of economic and income growth data of the last two decades gives us a few significant pointers on voting patterns in the context of economic well-being.

These indicators are fundamentally at odds with Modi-Shah’s electoral design.

While going forward with the economic electoral metrics, the following pointers could come in handy:

-       The data of a state’s GDP, agricultural and rural wages trajectories to know the health of economies which went for polls.

-  It's important to note that almost 70% of Parliamentary constituencies are rural - the number could be bigger if one brings in partially rural economies in the reckoning.

An analysis of electoral results of the above states vis-a-vis their economic, agriculture and rural wages growth in the recent past throws up startling patterns of voting behaviour. India's economy is as diverse as its topography, which reflects in its politics too. (Photo: Reuters/PTI)

- Right before the year preceding elections, or in the election year, the economies of Gujarat, Karnataka, Madhya Pradesh, Chhattisgarh and Rajasthan had recorded a (state) GDP growth lower than their last five years’ (Crisil report) average.

- In Gujarat, the incumbent BJP managed a comeback with great difficulty amid strong rural backlash, while the tables turned against the incumbents in other states, especially Madhya Pradesh, Chhattisgarh and Rajasthan despite a nimble opposition. Congress and Akali Dal were rejected in Karnataka and Punjab in the same vein. The verdict was, by and large, indicative of the fact that people considered the performance of the incumbent - and not their poll promises.

- Not only economic growth, but agricultural growth also decelerated in the above states after 2015-16. The four years of low growth in rural wages and the crisis of non-farm jobs in the rural economy further corroborates voter anger against incumbents. A similar trend can be noticed in the elections held before the reviewed period in the post.

-       Telangana, Bihar and Bengal are outliers to this trend - economic growth in these states was higher or at par with their five-year average. Agricultural growth also recorded a better record in these states as compared to the rest of the country.

How does the Lok Sabha election scenario appear in the context of given patterns?

Ø Farm distress can be cured only by deploying huge budgetary resources in the rural economy, as the UPA did after 2004. However, an analysis of Modi’s budgets shows that between 2015 and 2018, the size of the rural push from the central budget was less than that in the previous five (2009-2014) years.

Ø The recent state-wide (both in BJP and non-BJP states) farm loan waivers and cash support to farmers are the results of a late awakening to the political realities of rural distress.

After 1995, exceptions apart, in states where economic or agricultural growth rate was positive, incumbents gained vote share. It is not unusual that from 2005 to 2012, a period of high overall growth, India witnessed the largest number of governments returning to power. 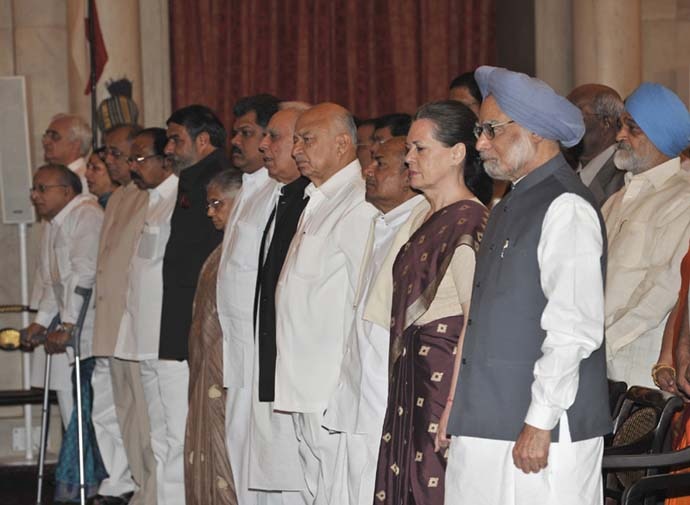 Governments have returned to power on the strength of high overall growth. (Photo: PTI)

In spite of good governance and high-top line growth, the NDA lost in 2004 due to lingering rural distress on the back of drought, while in 2009, UPA got re-elected to power, despite abysmally high inflation.

In 2014, besides corruption, rural distress was another major cause of UPA’s rout.

The old thesis of divergent voting patterns in state and Lok Sabha elections diluted substantially since 2014 as the majority of mandates were against incumbent governments. The Modi-led BJP, which rose by riding on a massive wave of anti-incumbency, has eventually succumbed to a similar wave in its stronghold states.

Politics may ignore this - but economic facts always suggest that good economics is good politics and voters often press the EVM button after considering the state of their lives more than the face of leaders. 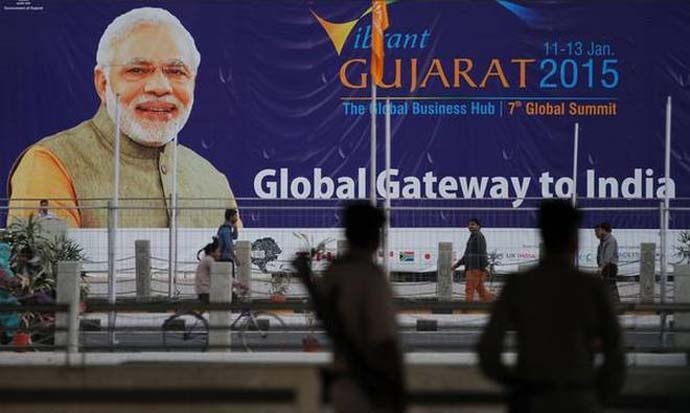 Voters often choose hard realities to vote on rather than the charisma of leaders. (Photo: Associated Press)

The BJP’s dilemma over sthe election of candidates and possible denial of tickets to large numbers of incumbents further confirms the risk of looming anti-incumbency.

Let’s keep in mind that the states under rural distress hold as much as 230 Parliamentary seats.

The key to power probably lies in these seats - not among the popular ones that are largely highlighted.

Can Modi buck the trend and create a wave to blow away rural economic distress?

Also read: Lok Sabha 2019: Why the BJP's 'Mein Bhi Chowkidar' campaign could convert a Modi undercurrent into a wave

#Bharatiya Janata Party, #Upa government, #Rahul Gandhi, #Narendra Modi
The views and opinions expressed in this article are those of the authors and do not necessarily reflect the official policy or position of DailyO.in or the India Today Group. The writers are solely responsible for any claims arising out of the contents of this article.