Why Opposition has no chance of beating Modi in 2019

The CPI(M) has pooh-poohed the idea of Opposition unity.

Setback in few constituencies in Uttar Pradesh and Rajasthan and disaffection among some allies are wrongly being extrapolated with perception to predict the end of Modi raj next year.

Four years after he won a stunning victory, the Modi wave has dissipated, he is weakened. Still, he stands tall against the Opposition leaders who fancy to challenge him.

The CPI(M), which is viscerally opposed to Modi and his ideology, has painted a realistic picture of the situation. In a frank and forthright editorial in party journal, People’s Democracy, the CPI(M) has admitted that Opposition parties are woefully divided to put up a serious challenge to Modi. 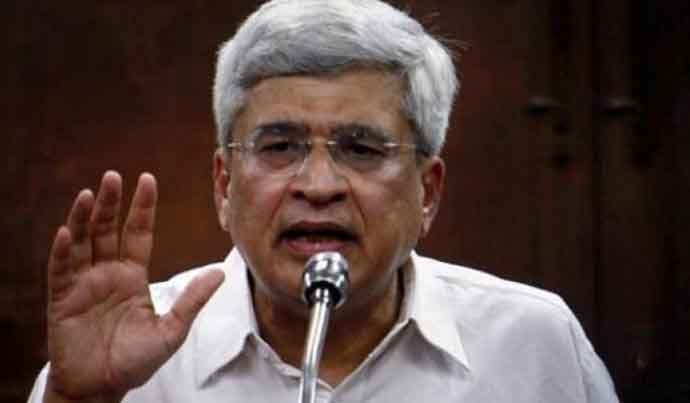 Having played vital role in brining non-Congress parties together against the BJP on many occasions in the past, the CPI(M) has exposed the chinks in the ranks of the Opposition.

The CPI(M) party mouthpiece has advanced three convincing arguments. One, it was warned Opposition parties that an UPA 3 against Modi will not succeed in 2019.

"The Congress won’t succeed with another UPA experiment as it has lost all credibility and the best way to defeat the BJP in the next Lok Sabha election will be to pool in all anti-BJP votes state-wise," the CPI(M) has said. This is a frank and scathing critique of the Congress. Through this argument, the CPI(M) has sought to deflate the so-called resurgence of the Congress under Rahul Gandhi.

The People’s Democracy editorial, which reflects CPI(M)’s official position, suggests that party general secretary Sitaram Yechury has effectively been sidelined. Yechury, who has been advocating the need for CPI(M) to join hands with the Congress to fight the BJP, appears to have been chastened after Tripura’s crushing defeat.

Two, the CPI(M) argues that regional parties such as TDP, TRS and BJD are not prepared to unite under the Congress’ leadership. The CPI(M) itself, it says, will not forge anti-BJP unity with the Congress. The reference obviously is to Kerala, where CPI(M) is in direct contest with the Congress.

The logic is straightforward. Regional parties will not join hands with the Congress in alliance or seat adjustments in all those states where the Congress is their main adversary.

Although the CPI(M) hasn’t mentioned the Mamata Banerjee-led TMC, the West Bengal leader has no love lost for the Congress. TMC’s main rival in West Bengal is the CPI(M). But the Congress-Left unity can be a headache for Banerjee.

Thirdly, the CPI(M) has also pooh-poohed the idea of a federal front mooted by TRS leader K Chandrashekhar Rao to confront the BJP. Banerjee is keen on promoting a federal front against the BJP, of which the Congress will not be a partner.

Banerjee doesn’t hide her antipathy towards the Congress. That’s why she skipped the dinner called by Sonia Gandhi for Opposition leaders of 19 parties to discuss the need for uniting against Modi in 2019.

According to the CPI(M), formation of federal front will end up dividing the anti-BJP votes because some parties such the RJD and the DMK are with the Congress.

In a nutshell, one of the main anti-BJP parties and driver of anti-Modi unity has ruled out the feasibility of pre-poll alliance among Opposition parties. That is demoralising for the Opposition leaders who discovered spring in their steps after the BJP’s defeat in by-elections.

The formula for taking on Modi, the CPI(M) suggests, is state-wise unity. It cites the example of SP-BSP tie-ups in Gorakhpur and Phulpur as a model to beat the BJP.

It says, “The UP by-election provides important lessons for the future in terms of election tactics to defeat the BJP. If the BJP loses the bulk of the seats in UP, it cannot come anywhere near a majority in the Lok Sabha.”

However, the CPM’s own logic that local contradictions between parties come in the way of forging unity against Modi will prevent Akhilesh Yadav and Mayawati from presenting a smooth, tension-free united front in UP.

Political strategists and commenters too are presenting the two by-elections as a model to be replicated in Uttar Pradesh’s 80 seats. They forget that the SP and the BSP have sharp caste and class contradictions that won’t let them enter into problem-free rainbow coalition. The SP’s Yadav-led OBC followers and BSP’s Dalits are in conflicts with each other in most of the villages where they are present in substantial numbers.

It’s the same problem between the JD(U) and the RJD. Although they formed a mahagathbandhan or a grand alliance to defeat the BJP in Bihar, their unity didn’t last long. Modi and Shah had the last laugh.

Most election analysts point to the combined vote share of the SP and the BSP and say that the two parties together would have won 50 out of 80 seats, leaving only 30 for the BJP. That’s a hypothetical situation.

India would have had coalition governments in perpetuity had all Opposition parties got united against the ruling party of the day since the time of Indira Gandhi. With dim prospects of unity among disparate Opposition parties, as outlined by CPI(M), Modi and Shah look to be in comfortable situation to win the 2019 race.

The Congress will present formidable challenge to BJP in Rajasthan, Madhya Pradesh and Chhattisgarh - total 65 seats - where the two parties are in direct contests and where the BJP will face anti-incumbency. But to compensate, the BJP will have Modi as its lead campaigner who stands taller than any Congress leader.

Besides disunity, local contradictions and large size egos of their leaders - Mamata and Mayawati, to name just two - Opposition parties have to contend with two factors they don’t possess.

One, they have to face a Machiavellian tactician in Modi, the only leader with a pan-India mass appeal who can swing voters in his favour. Two, the great electoral machine of the BJP led by Amit Shah with over 8 crore RSS workers behind him.

Opposition has no chance.

#CPM, #Opposition alliance, #Modi, #Lok Sabha 2019
The views and opinions expressed in this article are those of the authors and do not necessarily reflect the official policy or position of DailyO.in or the India Today Group. The writers are solely responsible for any claims arising out of the contents of this article.