No, there is no Modi wave. Nor a Hindutva frenzy in UP

Early in the elections, Uttar Pradesh has mirrored many paradoxes. Modi has superstar status. That might not get him votes. The BJP has built a non-Yadav, non-Jat voter base. But many could swing back to familiar caste and community voting patterns.

Two tours of Uttar Pradesh have revealed quite clearly that there is no wave in this election — there is just not that kind of buzz, chemistry or excitement on the ground that marks a 'wave' election. That Hindutva frenzy is missing; in the first round, at least, it was not about Hindu versus Muslim. 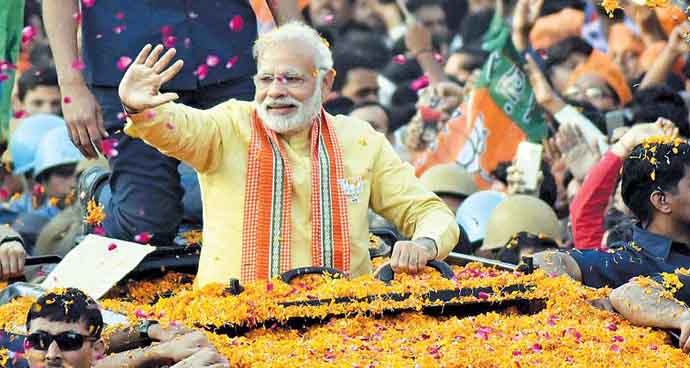 It's still not a saffron surge — Hindutva frenzy is missing in Uttar Pradesh now. (Source: PTI)

The soufflé apparently cannot rise again — therefore, the Ram mandir is a boring non-issue for the voter, Hindu-Muslim riots would be counter-productive in a season where livelihood concerns are paramount, and Balakot-Pulwama was a thrilling reinforcement of the might of Narendra Modi — but the post-show excitement has somewhat waned.

Therefore, in the first phase of polling on April 11, when eight seats of Uttar Pradesh voted, it was really about the old stuff, such as caste, arithmetic and candidate. The demographics of Uttar Pradesh change from seat to seat, so it’s a tricky state for pollsters to determine a trend out of. The index of opposition unity has mostly held in the first round of eight seats that voted on April 11 with Saharanpur being the exception, where a strong Congress candidate, Imran Masood, cut into the votes of the grand alliance between the Samajwadi Party-Bahujan Samaj Party-Rashtriya Lok Dal, opening the possibility of the BJP winning.

Post-poll, questions have also been raised about the grand alliance losing some votes in Meerut that should have been an easy pluck for them. The BSP candidate, Yakub Qureshi, a wealthy meat trader, fits the stereotype of Muslim hardliner (he had famously offered millions in reward for Salman Rushdie’s head). Would non-Qureshi Muslims and Hindus disenchanted with the BJP have voted for him? Were I a Meerut voter, I personally would not and may have pressed NOTA, or not voted at all, seeing the choice as between the devil and the deep blue sea. 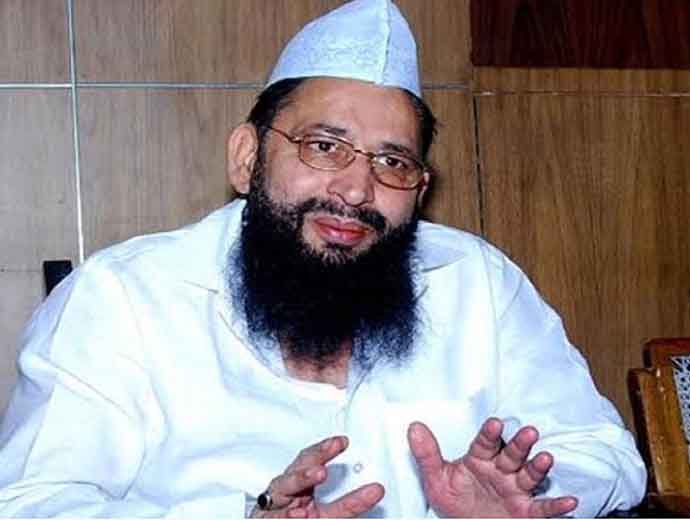 Sources on the ground, candidates and workers on both sides believe Bijnor and Baghpat have possibly gone to the mahagatbandhan, Ghaziabad to the BJP, while contests in Muzaffarnagar, Kairana and Gautam Buddha Nagar seem tilted towards the alliance but have gone down to the wire. Let’s give it a 5-3 in favour of the alliance.

But let’s also note that the demographics and social blocs in the next phase of polling in the state changes. On April 18 therefore, when again eight seats vote, it could be five for the BJP, one for Congress (Fatehpur Sikri) and two for the alliance. A quick tour of the Agra-Fatehpur region showed none of that energy in the contest but the caste and community break-up suggest that Agra should be easy for the BJP. It will probably have a low voter turnout. Fatehpur Sikri is a Congress-BJP contest — the local buzz is that president of the state Congress Raj Babbar could pull it off.

The main issue the BJP is raising is Modi, Modi and more Modi.

Let’s deconstruct the PM’s appeal in the state that gave his party a landslide in 2014. Five years down the line, he has been elevated to the kind of superstar status that operates in a realm above the immediate election. He is overall admired, spoken of with awe, with smiles on many faces. People get that expression when talking of Bollywood stars they are fans of. Backward castes relate to him as an OBC figure who broke the back of the old elites. They admire his clothes, his swagger, his energy, his travelling the world and shaking hands with world leaders. He represents aspiration — and he has broken the glass ceiling. Narendra Modi, Superstar — The PM enjoys megastar status. But will that translate into votes? (Source: AP)

Upper castes relate to him as a strong leader who has also upheld Hindu primacy and thereby, the Varna system. There’s a contradiction here, but Modi has become all things to all people. He is the number one superstar politician — but that does not mean that all the admirers and fans are voting for him. There is still greater safety in clan, community, caste and that is what is happening in Uttar Pradesh. The challenge for Modi would be to change that — but it did not happen in the first phase.

The unknown elements for all those with their ear to the ground are two-fold. First, it’s hard to measure if there have been deliveries on welfare promises. Anecdotal evidence suggests the process could have begun but the state administration is not known for its efficiency. Second, if the BJP has built a loyal constituency of non-Yadav, non-Jat OBCs who are less vocal than dominant peasant communities, then there would be a solid vote share in place. Have the Kushwahas, Kurmis, Lodhs, Mallahs and many other OBCs become solid voters of the BJP? Or were they just trying the big new thing in the state in the 2014 Lok Sabha and 2017 assembly election?

It’s on arithmetic such as this that the party’s performance in Uttar Pradesh rests — caste by caste, region by region, phase by phase.