How Ganesh Chaturthi sets the political arithmetic in Maharashtra

With the beginning of the Ganesh festival, a season of political manoeuvring has also started.

Chief Minister Devendra Fadnavis took the lead in getting closer to leaders from other parties. For the fourth year in a row, he visited the residence of Shiv Sena secretary Milind Narvekar, a Man Friday for chief Uddhav Thackeray, to seek the blessings of Lord Ganesh. 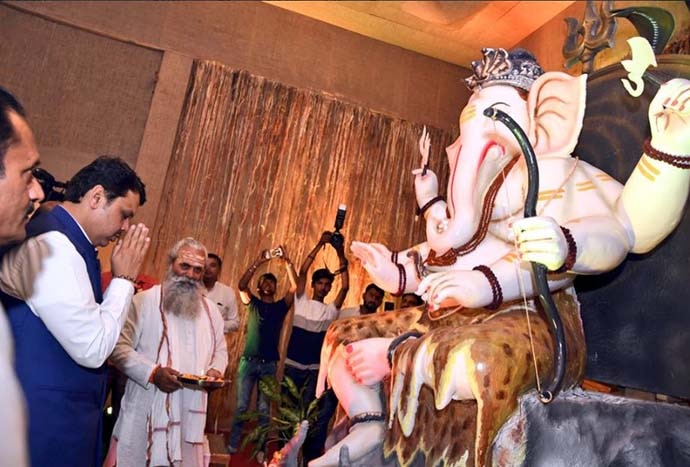 Muhurat for the season of political manoeuvring? (Photo: Twitter/@Dev_Fadavis)

He did not miss the opportunity to visit the house of ‘tainted’ Congress leader Kripashankar Singh for the same. And if it were not enough, Fadnavis hosted a disgruntled Nationalist Congress Party (NCP) leader Jaidatta Kshirsagar at his official residence and honoured him by making him do the Ganesh aarti.

A source in the BJP said Fadnavis hopes that Narvekar is likely to play a key role in bringing ‘dejected’ Shiv Sena closer to the BJP in the next elections. Narvekar, along with senior Shiv Sena leader Anil Desai, is drafting a reconciliation plan for the allies. The source said Shiv Sena will insist on simultaneous elections of the Lok Sabha and Maharashtra Assembly in April. Thackeray will be ready for an alliance only if he is confident that the BJP will not ditch him like it did it in 2014.

“Apart from that, Uddhav Thackeray wants to rotate the CM’s post after 2.5 years. He will not agree for an alliance unless he is assured of the CM’s post,” the source said.

The BJP looks at Singh as its potential candidate for Lok Sabha election.

There is a speculation that BJP will field him from Mumbai North-Central constituency, currently represented by Poonam Mahajan, president of Bharatiya Janata Yuva Morcha (BJYM).

The party is thinking of shifting Mahajan either to Mumbai North-West constituency or Kanpur in UP.

Singh has discarded the speculation but the BJP’s affection towards him tells a different story.

The party had proposed Singh’s name from Jaunpur Lok Sabha constituency in UP in 2014 but the local leaders had shot down his candidature. He has been discharged recently from the multi-crore disproportionate assets case. 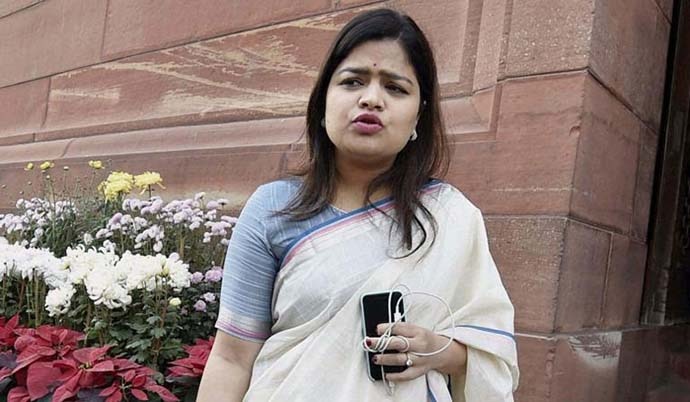 The BJP hopes Singh will help it in garnering north Indian votes.

He also called on Pankaja Munde, BJP minister for women and child development, at her official residence to pay his obeisance to lord Ganesh.

The NCP had sidelined Kshirsagar in the zila parishad election last year. Fadnavis had visited his house in December last year “for a cup of tea” during his visit to Beed.

The BJP is likely to field Kshirsagar in the Lok Sabha election from Beed constituency currently held by Pankaja’s younger sister Pritam.

BJP president Amit Shah is reportedly not happy with Pritam as she spends the maximum amount of her time in Mumbai and not in her constituency. Interestingly, Shah is also upset with her since she had not answered his phone call six months ago, when the Parliament was about to discuss a bill on triple talaq.

Also Read: Why there will be no reunion of BJP and Shiv Sena in near future