Priyanka Gandhi's political debut: Will 'beti' do what 'beta' couldn't?

The BJP might mock the Congress for this step — but Priyanka is here to stay.

After Indira Gandhi was assassinated in 1984, the scion of the politically powerful Nehru–Gandhi family, Rajiv Gandhi became the youngest Indian Prime Minister at the age of 40. That December, the Congress won the largest Lok Sabha majority to date — 411 seats out of 542.

After a controversial political career, Rajiv lost his life on May 21, 1991.

Rajiv Gandhi was succeeded as party leader by PV Narasimha Rao, who was elected the prime minister in June 1991. A vacuum was created after this and Sonia Gandhi never came to the fore. She took hold of the reigns but was happy to be in the backdrop. Despite Narasimha Rao and Manmohan Singh's stint as Congress PMs, the party never recovered from the downfall. Rahul Gandhi remained the prince-in-waiting forever. He chose to stay away from the public sphere for much of his childhood and early youth and showed no keen interest in joining politics. He finally entered politics in 2004 and successfully contested general elections from Amethi.

He won twice in 2009 and 2014 from Amethi and was elected Congress Vice-President in 2013. In 2014, the party suffered its worst electoral result in its history, winning only 44 seats compared to 206 seats.

He did not really suffice the purpose of his entry into the Congress. Yet, he was elevated to the position of Party President in 2017. He did pull his socks up a bit since. Facing Modi challenges was not a child's play and he was often dismissed as a naïve child or called "Pappu".

The year 2018 was more about storming Parliament, hard-hitting speeches, false allegations, mud-slinging and emerging of a warrior prince. Some occasions were a dampener and on some other, Rahul won people's heart. 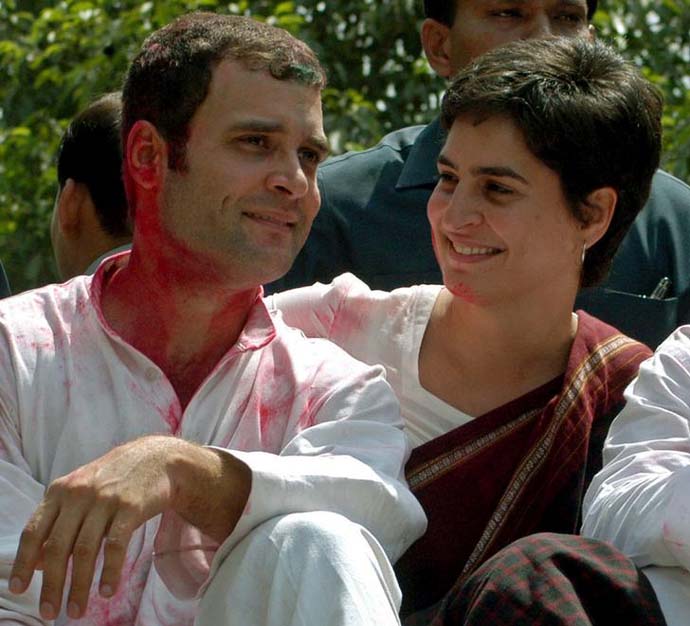 Will beti do what beta couldn't? (Photo: Reuters)

The Congress has appointed Priyanka Gandhi as general secretary for UP East, the Congress’ dominion. She has been a saviour for her family in the past. She has been seen protecting and standing by her brother's side often — as a warrior princess, capable of taking her sword in hand and demolishing enemies whenever required. 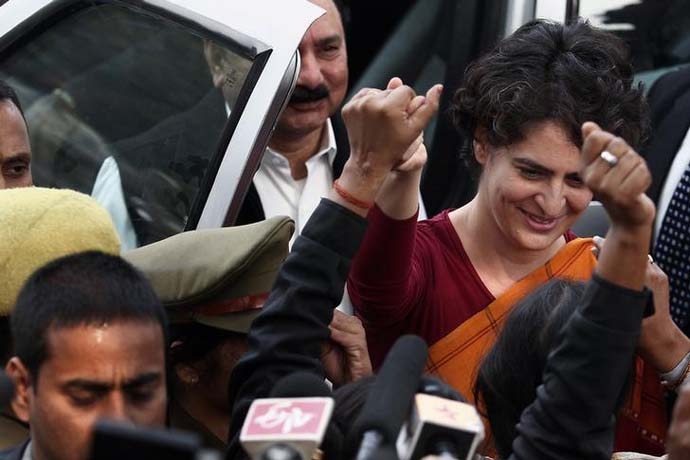 Priyanka Gandhi has often been seen visiting Rae Bareilly and Amethi and communicating with the people directly.

The clarion call from Amethi for Priyanka is 'Amethi ka danka, bitiya Priyanka'. The aim now is not just to bring a Congress government in UP, but to face the bigger challenge of coming to the Centre, all guns blazing.

Priyanka is often compared to her grandmother, Indira Gandhi, who epitomised, strength, dominance, power and determination.

The BJP might mock the Congress for this step — but Priyanka is here to stay. 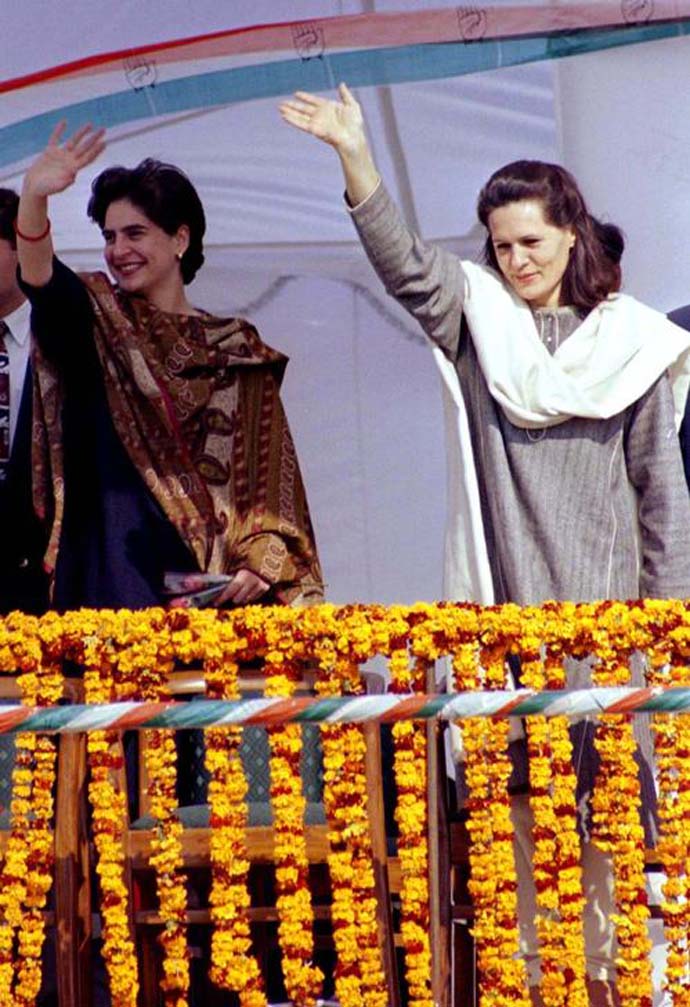 Priyanka Gandhi has been the support system for a long time. (Reuters photo of an election rally in 1998)

Her poll plunge shows her determination to work hard — as a politician and as an elder sister — and her courage to take a strong stride into the big, bad world of politics. The people of Uttar Pradesh love her and her exuberance has often charmed many. She comes across as a strong, dominating and powerful lady who has the potential to strike a balance between right and wrong. Her selection does show that the Congress has arrived and has a purpose in hand.

With Priyanka by his side, Rahul is aiming to defeat the one and all of politics today, NaMo himself. Whether or not she fights the elections is for her to decide. Whether or not 'ghar ki beti' will do what 'ghar ka beta' wasn't able to do is also for time to tell. But she definitely is the new ‘Iron Lady’ of politics.

Post your comment
#Lok Sabha elections 2019, #Priyanka Gandhi, #Rahul Gandhi, #Congress
The views and opinions expressed in this article are those of the authors and do not necessarily reflect the official policy or position of DailyO.in or the India Today Group. The writers are solely responsible for any claims arising out of the contents of this article.