The election season is on with voting for the first phase of elections getting underway underway in the 91 Lok Sabha seats spread across 20 states and two union territories in the first phase. 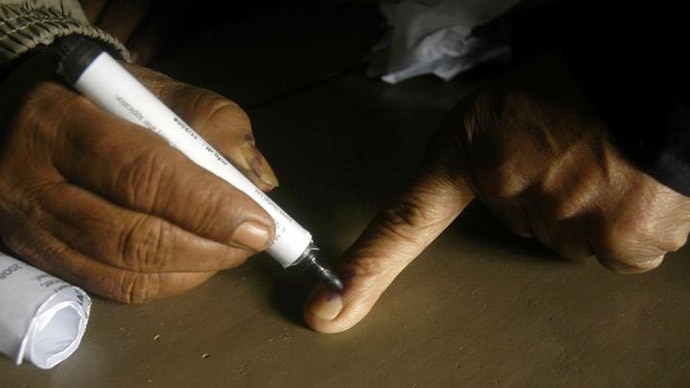 Voting is on across India. (Source: Reuters)

The first phase covers all the Lok Sabha constituencies in Andhra Pradesh (25), Telangana (17), Uttarakhand (5), two seats each of Arunachal Pradesh, Jammu and Kashmir and Meghalaya and one seat each of Chhattisgarh, Manipur, Mizoram, Nagaland, Sikkim, Tripura, Andaman and Nicobar as well as Lakshadweep.

Eight seats of the total 80 constituencies of UP are also up for votes today.

A total of 1,279 candidates are in the fray in the first phase of the general election.

According to reports, 7.58 per cent people had cast their votes in Bihar. In Telangana, 10.6 per cent had voted till 9am.

Polling has been mostly peaceful so far with a stray case of tension being reported at Ellamanda village of Narasaraopeta Mandal in Guntur district after workers of the YSR Congress Party allegedly tried to disrupt polling in the area.