For the Bharatiya Janata Party, the Lok Sabha elections will be a test of its “Sabka saath, sabka vikas” slogan that dominated its five-year tenure. While the party managed to woo voters in the rest of the country, treading the Dravidian heartland has always been a challenge — the BJP walked the extra mile to ensure it has a mega alliance in Tamil Nadu that could boost its prospects in the state.

Unlike last elections, the role of sewing up alliances was not left to the state unit. Railway Minister and BJP’s election in charge for Tamil Nadu, Piyush Goyal, was directly overseeing the alliance talks and he is considered the architect of the rainbow alliance in the state.

For a state that wears its anti-Modi sentiments on its sleeve, Goyal had his task cut out. He made multiple trips to the state in the run-up to finalising the mega-alliance and convincing the regional players on the seat-sharing agreement.

That the Prime Minister chose to visit the state four times in a span of 40 days, to inaugurate a slew of developmental projects, underscores the importance the national party accords to Tamil Nadu.

As a junior partner in the alliance, the BJP is contesting in five seats — Tuticorin, Rameshwaram, Sivaganga, Coimbatore and Kanyakumari.

On March 21, JP Nadda, secretary of the party's Parliamentary board, announced the candidates from the state.

Here is a breakdown of the candidates, their opponents and the constituency they represent:

Tamilisai — the daughter of former Tamil Nadu Congress Committee President Kumari Anandan — began her career as a gynaecologist and switched to full-time politics in 1991. Despite hailing from a family of Congress leaders, she began working for the BJP at a young age. BJP's Tamilisai (R) and DMK's Kanimozhi (L) — daughters of powerful leaders in the state — will battle it out at Tuticorin. (Photo: DailyO)

This is the leader’s second Parliamentary bid after her unsuccessful outing as the BJP’s Chennai North candidate in 2009 Lok Sabha polls. An easily accessible leader, Tamilisai is a vociferous speaker and is well-connected with party functionaries across the state. The BJP will be banking on the vote transfer of the AIADMK as the party occupies four out of the six constituencies in the district. However, the anti-Sterlite protests — and the subsequent police firing that claimed the lives of 14 people — will prove to be a challenge for the BJP. The protestors blamed the inaction of the ruling governments in the centre and state for the violence that left Tuticorin scarred.

Senior leader and former state president of the BJP in Tamil Nadu, CP Radhakrishnan, is a well-known political personality in Coimbatore. A two-time Member of Parliament, he was first elected to the lower house in 1998 — securing 4.49 lakh votes. He finished as the runner-up in the 2014 Lok Sabha polls. Radhakrishnan will fight it out against PR Natarajan of the Communist Party of India (Marxist). Coimbatore — a BJP stronghold, falls under the Kongu belt — considered the fiefdom of the ruling AIADMK. Infrastructure development, closure of power looms and the aftereffects of GST and demonetisation would dominate the election campaign.

Former AIADMK minister, Nainar Nagendran — who switched over to the BJP in 2017 — is the BJP candidate for Ramanathapuram — the sprawling constituency in southwest Tamil Nadu.

A former minister in the AIADMK regime, Nagendran lost the 2016 assembly elections in Tirunelveli by a narrow margin of 600 votes. This is his first election in Parliamentary polls. Nagendran is pitted against Nawazghani of the Indian Union Muslim League, an ally of the DMK. 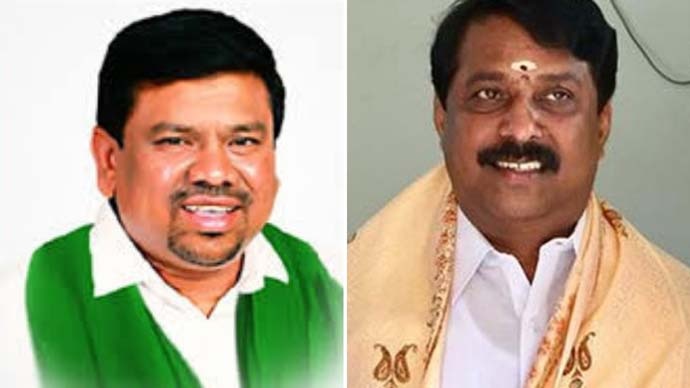 Simmering issues, like the fisherman arrest by the Sri Lankan Navy, lack of basic infrastructure and the untapped potential of a religious tourist destination, plague this drought-prone backward constituency.

BJP’s fire-brand leader H Raja will test the electoral waters yet again in this hotly-contested seat. In the 2014 polls, Raja finished third, polling 1,33,763 votes. Raja began his political life as an RSS pracharak and steadily rose in the ranks of the BJP. He has been in the spotlight several times for his controversial statements — he will now face Congress leader Karti Chidambaram.

A traditional bastion of the Congress, Sivaganga is one of the two seats the national parties will have a direct contest in within the state. The sparsely populated region is firmly anchored in unemployment and lack of development as election issues this time.

Union Minister Pon Radhakrishnan seeks a second term in Kanyakumari, located in the southernmost tip of Tamil Nadu. He will cross swords with senior Congress leader and MLA, H Vasanthakumar.

Radhakrishnan’s victory in 2014 disintegrated the dominance of the Congress in its fortress. Equally dominated by Hindus and Christians, the BJP apparently believes polarisation of votes on the lines of religion and caste will tilt the scales in favour of Radhakrishnan. 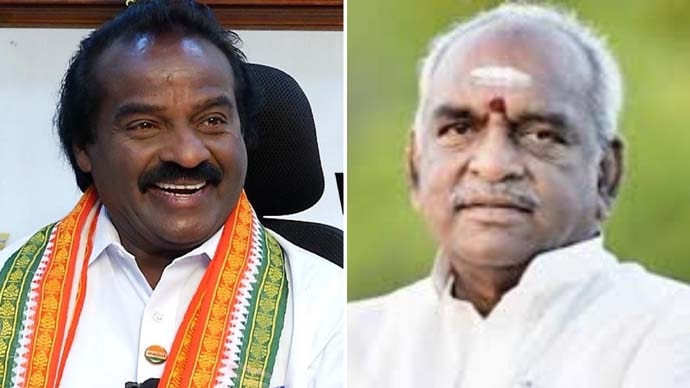 However, the scenic town bore the brunt of Cyclone Ockhi in 2017, which left a trail of destruction in the district. Residents blamed the central and state government for not doing enough to trace the missing fishermen.

The wounds of the cyclone would resonate during the elections.

Also read: The BJP-AIADMK tie-up: Will the national party finally make inroads into the southern bastion?