Why Love Jihad bill will become a tool to harass Muslims

The initiative is just another ploy in the long list of discriminatory laws used in the recent past to harass and hound Muslims under the guise of protecting a certain section.

A few days ago, social media was abuzz with #BoycottTanishq. What offended a section of Hindus was an advertisement released by Tanishq which displayed the beauty of integration in an interfaith marriage. According to the warped logic of this section, it was promoting 'Love Jihad'. After much hullabaloo and death threats to Tanishq staff, the advertisement was pulled down with an apology from the company. Even our nationalist hero Akshay Kumar, a favourite of the ruling dispensation, was not spared by the anti-Love Jihad crusaders, for portraying an interfaith angle in his recent film Laxmii. This time, #BoycottLaxmii trended for hurting Hindu sentiments and the choicest of abuses were hurled at Akshay Kumar on social media.

First of all, let’s try to understand what ‘Love Jihad’ means.

A simple search on Google throws up the definition on Wikipedia that says, “Love Jihad is an Islamophobic conspiracy theory alleging that Muslim men target women belonging to non-Muslim communities for conversion to Islam by feigning love.” 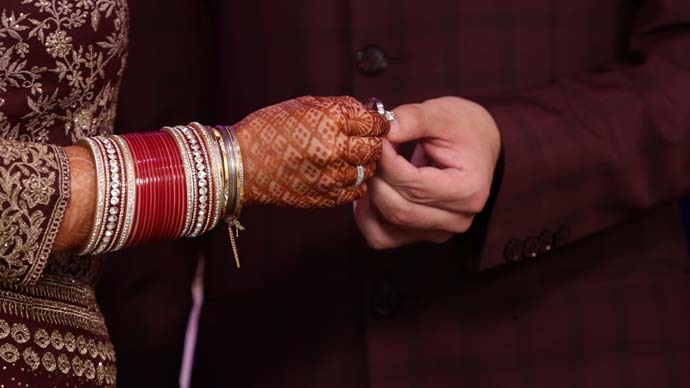 What was considered to be a delusional canard until now is all set to get legislative validation very soon. The Home Minister of Madhya Pradesh, Narottam Mishra, has announced that very soon the state government will bring legislation against 'Love Jihad' in the coming session of the Assembly. The Bill will provide for five years of rigorous imprisonment, and also proposing that such crimes be declared a cognisable and non-bailable offence.

Madhya Pradesh is the third BJP-ruled state (after Haryana and Uttar Pradesh) that is planning legal provisions against ‘Love Jihad’. This initiative is just another ploy in the long list of discriminatory laws used in the recent past, like CAA-NRC and Triple Talaq, to harass and hound Muslims under the guise of protecting a certain section. Whether a law against ‘Love Jihad’ is constitutional or not, is a moot point. We have already reached a point where the difference is obscured between what is constitutional and what is not.

If we dive into the constitutional rights provided to an individual under the current laws, then Article 21 gives us the right to marry a person of our choice. Freedom of conscience and the right to practice and propagate a religion (including following any religion or not following any religion) are conferred under Article 25 of the Indian Constitution. Criminal acts like polygamy, kidnapping and coercion are already covered under the existing laws and can be dealt with accordingly. So, the need for a new law like the one against ‘Love Jihad’, is nothing but a means to incriminate Muslim boys by dubious means — another way of reiterating that women have no agency of their own and their honour needs to be protected. This feeds right into the populist sentiment of a section of Hindus that they are under threat from “Islamist” forces, and not only their lands, places of worship and cows, but even their women need to be saved.

Radical Hindu groups have been pushing this propaganda for many years, with no data to prove their fraudulent claims. However, what is scary is that a conspiracy theory that was limited to WhatsApp groups and social media is being turned into a nightmarish reality.

Interfaith marriages are still a long way from receiving societal acceptance and are still considered a taboo in conservative families. The couples who decide to go for interfaith marriages already deal with a lot of struggles, including the conditions of the Special Marriage Act, which allows personal records of the couple to be public for scrutiny, at least 30 days prior to the intended wedding. This serves as a violation of the privacy of the couple and also leads to harassment of the couple — and in some cases, even the family — by social gatekeepers.

What was restricted to societal hounding will now be converted into legal intimidation and harassment, if the anti-'Love Jihad' law is passed. Not to mention, the law only covers cases where a Muslim man marries a Hindu woman, but not vice versa. That in itself is a violation of Article 15 of the Constitution which prohibits the state from discriminating on the basis of religion.

Do all these factors matter under the current ruling dispensation whose entire rise to power is based on fuelling the myth of an imaginary threat to Hindus? When courts become a tool to dispense the whims and fancies of a political party and contempt of court becomes a bigger crime than contempt of the Constitution, constitutional rights and liberties are nothing more than some words scribbled on paper.

COUNTER VIEW: Why Love Jihad law is not against Hindu-Mulsim marriage, but to protect young girls