Why Love Jihad law is not against Hindu-Muslim marriage, but to protect young girls

Every case that the police dismisses as elopement and does not register as kidnapping is a failure of the system. Every attempt by a duped girl to escape the trap and seek protection that falls on deaf ears is a travesty.

Editor's Note: You read 'Why Love Jihad bill will become a tool to harass Muslims' by Nazma Parveen on November 20. Here's a counter view by Alo Pal.

Between “Love Jihad is a myth” and “interfaith marriages are a curse”, there lies a wide net with gaping holes through which fall the butchered slaughtered bodies of young girls duped into marriage and shot dead resisting conversion. Several chief ministers have called for drafting a law that would address this issue while other political leaders have called this an unacceptable interference in the lives and love of consenting adults. Legal luminaries and the common man with common sense might well be right to conclude that cheating and coercion are not new crimes and that existing laws are robust enough to address the issue. But that isn’t what ails our society, does it?

Two habits spoil it all.

The first is a claim that hides behind crisp words like “law”, “system”, “procedure” and “police and judicial machinery”. I love the sound of these words. These conjure in my mind images of clarity of process, efficiency, swiftness and assurance. Every such idea sublimates when a clerk, an insignificant cog in this machinery we love to flaunt, sips his tea avoiding eye contact because he likes the Ration Card as ID proof and you show him your Aadhaar. If you dare to show him the rules, you encounter summarily the death of “procedure”.

Judicial overreach, police high-handedness, as well as judicial delay and police apathy, are realities of the common man. The tragedy of the system is that political patronage can either expedite or block, or perpetually procrastinate this recourse to the fabled “system”. 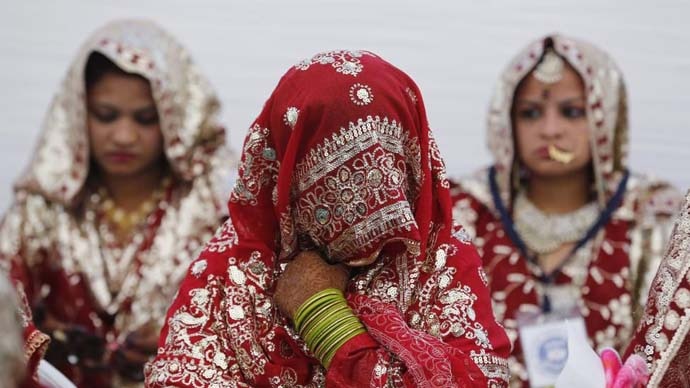 Between the mess of “Love Jihad is a myth” and “interfaith marriages are a curse,” the casualty is love. (Representational photo: Reuters)

The second is more dangerous, and is a habit of a certain vociferous section that is in denial, obfuscation, trivialising and fear-mongering with jargon like “communal”, “intolerance”, “fascism”, and “majoritarianism”; a social malaise that is taking lives in the most brutal manner. They derail the discussion by counter-examples of happy inter-religious marriages to every tale of imposters cheating, kidnapping, coercing conversions and even murdering with impunity girls who have been duped and worse still, who have been groomed and lured into “love” and marriage only to meet tragic fates.

The reason why a counter-example does not work is because the criminal law exists to punish the exception that infringes it, and even one case of justice denied is a failure of the system. Every case that the police dismisses as elopement and does not register as kidnapping is a failure of the system. Every attempt by a duped girl to escape the trap and seek protection that falls on deaf ears is a travesty. Every cold-blooded point-blank gunshot snuffing the life of a girl who resists is a reflection of the fact that many are those who do not give a damn about the touted “system”, the “existing laws”; who could not care less about “procedure”.

Perhaps a new law is not necessary; perhaps it may not even stand scrutiny. But perhaps if not a new law, but any attempt to make it more accountable is not that wasted an exercise.

The tragedy of our times is the badgering and despairs over “what have we become”. Polarised strident social media wars, cancel culture and regressive mindsets seem to dominate the narrative. Many regret the decency and quiet of the past. The sterile news read at 9 pm, state-owned and controlled, sober, the noiseless ink of newspapers whose editorial leanings were never questioned. But that predictable decency and uniform calm was poison. It was an abscess that infected the flesh beneath an unbroken skin and gnawed its putrid way to necrosis of the mind. Too many voices of usual suspects in the rarified circles of the media and intelligentsia regret that hypocritical self-destructive status quo of the past and are thrown off-gear by alternative voices that don’t want to suffer in silence any more.

This figurative abscess needs to drain and heal from within. And in the process, the cacophony of this churn needs to happen.

Let us not fool ourselves. We haven’t become intolerant and communal; we just need to accept that the conspiracy to kill a debate by silence is long past.

The casualty in this mess though is love.

If love is love which alters when altercation finds, / And bends at the bidding of beasts

Don’t you see that poetry is broken?

Also Read: Why Love Jihad bill will become a tool to harass Muslims