Those upset about India being called Lynchistan are just as complicit

Covering up the government's failings, and indeed the covert nod to the ongoing hate crimes, makes one part of the problem.

A new form of empirical whataboutery - embellished with numbers and screaming "data" - are doing the rounds, which seeks to discredit the #NotInMyName campaign to protest against the epidemic of lynchings, as well as to retrieve India from the unpalatable tag "Lynchistan", something it has been accorded given the recent spate of these brutal public murders by raging mobs.

While almost everyday there's a new hate crime being reported in our newspapers and taken up by the TV media, last week's twin lynchings of a 16-year-old Hafiz Junaid on a Delhi-Mathura train, and that of Mohd Ayub Pandith, a DSP in Jammu and Kashmir Police, shook up the country all over again.

Who wouldn't be gutted to see the two episodes pitted against one another - as if there could ever be a "good lynching" and a "bad lynching".  Ergo, please condemn them all. 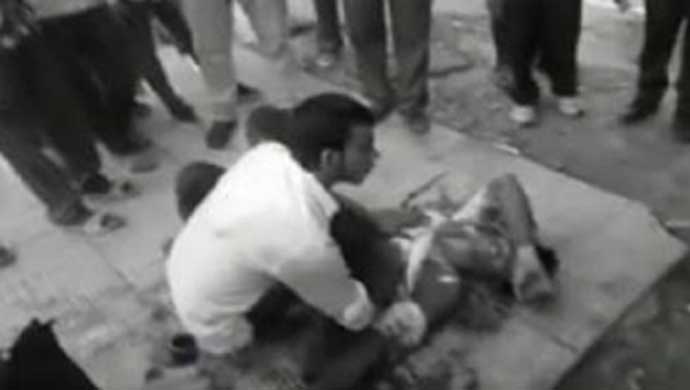 However, it seems many in our mainstream and social media aren't interested in calling a spade a spade. They are not interested in the fact that recorded and reported utterings by members of the ruling government, and those associated with the Sangh Parivar, the assorted sadhvis who declare that beef-eaters should be hanged, or the terrifying and rabidly discriminatory cattle trade restrictions, are methods - overt and covert - through which lynchings get sanctified as acts in national interest. When a state chief minister with a history if hate speech, equates Taj Mahal, an architectural marvel and one of the seven wonders of the world, with something alien to India, seeing it not as complicity in the violence in the name of the majoritarian religion is contributing to the resultant violence itself.

However, there are those who swear by data and therefore start digging up incidents involving lynchings spread over years and bring up those isolated, disconnected, non-state-sanctioned, neighbourhood brawls as examples to counter the systematic tearing apart of the secular fabric of the country in the last two years. Weaponising spreadsheets, they are dangling data, no matter how disconnected from the current spate of often WhatsApp fake news induced violence on the streets and corners and villages of India.

Under Obama. 30 violent hate-crimes every hour. Of every day. 365 days. https://t.co/cSpxHfMgFj

The refusal to see a pattern in the present climate of emboldened hate crimes, mostly against Dalits and Muslims, but also Sikhs and Christians, and the dogged reluctance to see any imprint of a government whose members flaunt their RSS credentials and declare India must be remade into its Hindu Vedic glory - it's a strange kind of reality blindness.

This is countered by a study published in the data journalism portal IndiaSpend, where it has been reported that about 86 per cent of the deaths in hate crimes such as lynchings over the past seven years have been of Muslims, while 97 per cent of the incidents have happened since Narendra Modi came to power in 2014. The report is a treasure trove of information exhaustive enough to counter the bogus claims of those who use data selectively and insufficiently as weapons to counter an "image management" issue - India being dubbed Lynchistan.

The IndiaSpend report goes on to give other significant numbers. It says:

"Muslims were the target of 51% of violence centred on bovine issues over nearly eight years (2010 to 2017) and comprised 86% of 28 Indians killed in 63 incidents, according to an IndiaSpend content analysis of the English media."

"As many of 97% of these attacks were reported after Prime Minister Narendra Modi’s government came to power in May 2014, and about half the cow-related violence–32 of 63 cases–were from states governed by the Bharatiya Janata Party (BJP) when the attacks were reported, revealed our analysis of violence recorded until June 25, 2017.

Of the 28 Indians who died over the seven-year period, 24 were Muslim, or 86%. As many as 124 people were also injured in these attacks. More than half (52%) of these attacks were based on rumours, our analysis found.

National or state crime data do not distinguish general violence from cow-related attacks and lynchings, so the IndiaSpend database is the first such statistical perspective to a growing national debate over such violence.

2017 on track to be worst-ever year for cow-related violence."

The dire warning in the report is telling, because if we read the various heart-wrenching reports on the lynchings of say Junaid on the Mathura-bound train, or of Zafar Khan in Rajasthan, Pehlu Khan in Alwar, or one of the first instances if this insanity - the brutal murder of Mohammad Akhlaq in Dadri in September 2015, we see how a rabid mob feels it's doing the right thing by unleashing mad violence on the member of a minority community. In case of DSP Ayub Pandith, the rumour that he was a "Hindu agent" was enough to send the crowd into a fatal frenzy, lynching the cop who was merely doing his duty, to death. There's suspicion and paranoia in every part of the country, as the ruling regime and its affiliates barely condemn the violence committed in the name of the cow, beef suspicion, or any minor scuffle quickly degenerating into a communal battle, as was the case in Junaid's death. The teenager returning from his Eid shopping was called a "beef eater", while his friends had their beards pulled, were called "Katwa" and eventually stabbed multiple times. Junaid lay bleeding with his friends ad on that crowded platform, no one came to their help, no one lifted a finger as a life was snuffed out from a mere child.

What a pity then that there are some who are more upset that India is being called a Lynchistan NOW and not earlier, even though crimes against Dalits and Muslims had gone on before Modi became the prime minister and installed the likes of Yogi as CMs. This is the same brigade who though the #Intolerance debate was fake, the #AwardWapsi campaign was not good enough, but just a bunch of drawing room liberals crying wolf over diminished cultural taste-making powers.

That's not just arrogant, but errant to the point of being terrifyingly wrong, yet convinced of being right. Those who however have had enough, those documenting the lynch crimes and maintaining a list, demanding accountability, calling out the political complicity of those in power, many of them will be gathering today in many different cities of the country to say that the lynchings will not happen in their names.

The #NotInMyName campaign, which started off as an innocuous Facebook post by a filmmaker, Saba Dewan, has now become a hurricane of resistance. In Delhi's Jantar Mantar, in Mumbai, Kolkata, Bangalore, Chennai, Pune, Thiruvananthapuram, Allahabad, Lucknow - people will be coming out in massive numbers to say that lynchings must be stopped. This political mobilisation, this coming together of the civil society to resist these despicable crimes against humanity, is more powerful than fence-sitting on these crucially sensitive times, too enamoured of one's intellectual acrobatics to boldly condemn such acts of cowardice.

Also read - Not In My Name: We can't stand in silence and let them lynch and rape

#Lynchistan, #Junaid Khan, #Not In My Name
The views and opinions expressed in this article are those of the authors and do not necessarily reflect the official policy or position of DailyO.in or the India Today Group. The writers are solely responsible for any claims arising out of the contents of this article.