What Kamal Nath as president means for Congress in Madhya Pradesh

With BJP ruling in Madhya Pradesh for close to 15 years and Congress performing badly in all elections since 2003, almost everybody started to believe that the Congress was finished in the state and that there was no alternative to the BJP. But with anti-incumbency building up against BJP, hopes for Congress have found a new life.

While with the appointment of Kamal Nath as president of the Congress in the state, and that of Jyotiraditya Scindia as Madhya Pradesh election campaign in-charge, negative perceptions about Congress can be changed, there are still many riders attached.

For the last 15 years, since being voted out of power, Congress has been facing a severe fund crisis. Although its leaders have organised rallies and public meetings, they have not been able to match the scale of BJP's functions, which have invariably been aided by government machinery. Also, BJP workers and leaders alike have amassed huge wealth over the last 15 years, and they are ready to pour money into the upcoming election. 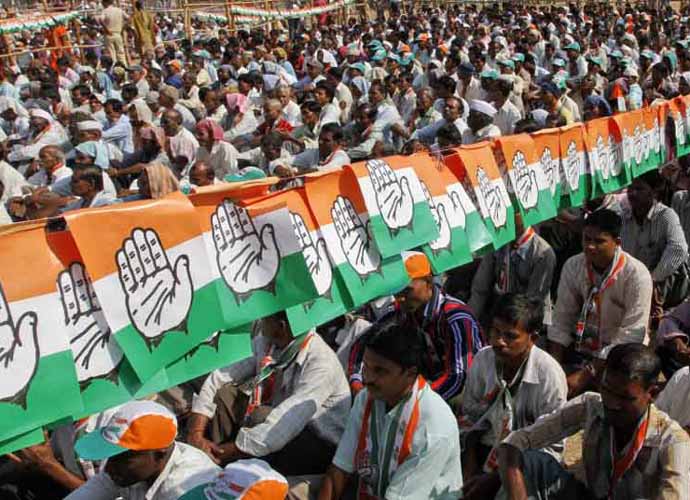 Naturally, Congress lacks this kind of money power. This is another reason why Kamal Nath's appointment has already revived the grand old party in the state as it is widely believed that with his large business interests, Kamal Nath has no dearth of funds and can also manage donations from some business houses.

According to informal estimates, the worker strength of Congress has reduced by nearly 80 per cent since 2003. Fence-sitters joined BJP long ago following senior leaders such as Rakesh Singh, Bhagirath Prasad and Sanjay Pathak among others. Many, who are still in the party, have been lying dormant for fear of victimisation by the BJP.

In the last few elections, Congress could not even manage polling agents in sufficient numbers at some places. Therefore, the biggest challenge before Kamal Nath and Jyotiraditya Scindia will be to increase active worker strength manifold quickly, and to ensure proper booth management.

Dilly-dallying with key decision till the last day of filling nominations, and factionalism have become standard features of Congress politics in the state. Each faction's leader has been found demanding tickets for his supporters irrespective of whether the candidate has the potential to win or not.

No redlines are observed in sabotaging the party candidate's campaign if he/she is not from the leader's own group. This is not so in the BJP. Once a candidate is selected in the BJP nobody can think of sabotaging his election campaign.

Kamal Nath will have to play a decisive role to ensure this practice ends within his party unit. Being very senior he can be expected to handle pressure astutely from different Congress factions, and only select candidates who have the best chances of winning. He will also have to discipline troublemakers within the party with his powers.

Scindia's role in this election will be particularly challenging. He will have to travel to all Assembly constituencies. This is a huge task to undertake in the six months left for elections. He will also have to formulate strategies, as well as first recognise and then coordinate efforts with likely partners both inside and outside the party.

As this is a do-or-die election for the Congress in the state, without meticulous planning of elections meetings, "star campaigners", and careful selection of election issues, the party can find itself losing an election it has the best shot at winning after 15 years of anti-incumbency built against the BJP.

As we have seen in the past elections, intrigue, and turf-wars can prove lethal for Congress's election prospects. Dissatisfied leaders, mainly the big ones will have to be reined in, even with a heavy hand if required.

If the party built by Jawaharlal Nehru and Sardar Vallabhbhai Patel is serious about dislodging the BJP government, it needs to get its act together, and play as a team.

Also read: BJP has a plan to take on rebel Shatrughan Sinha in Bihar for 2019 general elections