Will Congress' reconstituted team in Madhya Pradesh be able to take on BJP?

By reconstituting its Madhya Pradesh unit ahead of the Assembly election, the Congress seeks to maintain regional and caste balance. However, the party has completely overlooked two communities - Brahmins and minorities (read Muslims) - in the latest exercise. 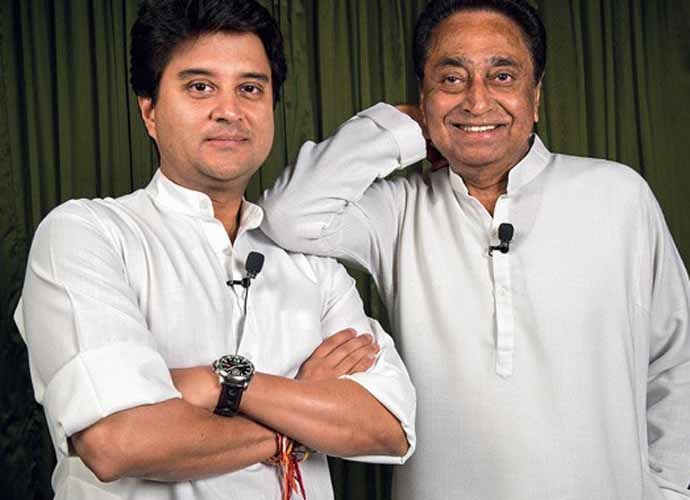 In the April 26 reshuffle, while Kamal Nath has been made president of the Madhya Pradesh Congress Committee (MPCC), Jyotiraditya Scindia has been appointed as chairperson of the campaign committee for the state.

Ajay Singh and Rajendra Singh remain the leader of Opposition and deputy speaker, respectively, in the Madhya Pradesh Assembly.

While Nath, Ajay Singh and Rajendra Singh belong to the general category, Scindia, Rawat and Patwari belong to the Other Backward Classes (OBC) category.

Of the four leaders belonging to the general category, Nath comes from the traders' community while Ajay Singh and Rajendra Singh are Thakurs.

However, Brahmins are conspicuous by their absence from the list of leaders holding key posts in the MP Congress. Two senior Brahmin leaders, former MP Satyavrat Chaturvedi and former Union minister Suresh Pachauri, have remained sidelined for some time now.

Though Brahmins constitute only about 6 per cent of the state's population, they are a dominant caste. They wield influence on other castes.

This does not bode well for the Congress in the state as Brahmins may turn hostile towards the party over the issue. On the other hand, this may help the BJP, which has given adequate representation to the Brahmins both in government and administration. Apart from Brahmins, Muslims also have not got due representation on any key post in MP Congress. Such is the state of affairs that five-time MLA, Arif Aqueel, who has won all Assembly elections since 1990, too has not been given any key post in MPCC.

While Muslims are believed to support the Congress, MP chief minister Shivraj Singh Chouhan has been trying to reach out to the minority community. Unlike Prime Minister Narendra Modi and several BJP leaders, Chouhan attends iftar parties and also occasionally wears the skull cap.

He is considered a moderate among the BJP leaders. With Congress ignoring the Muslims, a part of the community may turn against the party.

The Congress has given representation to all the five regions.

While Nath belongs to the Mahakaushal region, Scindia and Rawat belong to the Gwalior-Chambal region, Bachchan and Patwari hail from Malwa-Nimar belt, Choudhary belongs to Bundelkhand and Ajay Singh and Rajendra Singh to the Vindhya region. 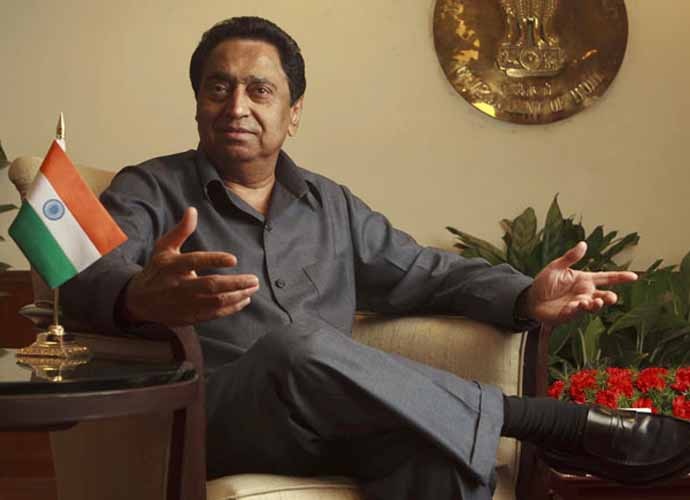 Though Digvijaya Singh, who was the MP chief minister for two consecutive terms from 1993 to 2003, has been left out, he enjoys the maximum support among those holding the key posts.

Leaving out Nath and Scindia, of the six other senior leaders, three - Choudhary, Ajay Singh and Rajendra Singh - are Digvijaya loyalists.

Of the remaining three, Rawat is considered close to Scindia and Bachchan to Nath.

With this new team in place now, the Congress hopes to defeat the BJP, which has been in power for three consecutive terms since 2003, when the state goes to poll this year.

Rahul Gandhi may have tried to end factionalism by attaching due importance to Nath and Scindia but he needs to infuse greater enthusiasm in the party workers to take on the well-oiled election machinery of the BJP.

Also read: Why Tripura CM Biplab Deb has turned into a parody of himself