Lok Sabha 2019 polls: Why regional parties are distancing themselves from the Congress

As the nation heads towards its biggest political battle of 2019, Opposition parties are pushing for an alliance to defeat the BJP-led NDA government – and Narendra Modi – in the general elections.

The talk of a grand alliance which began a month ago has ended up with a Mahagathbandhan that does not include the Congress as regional parties appear to be distancing themselves from it.

First, it was Akhilesh Yadav and Mayawati who refused to accommodate the Congress in the Mahagathbandhan in Uttar Pradesh. Now, it's Delhi's Aam Aadmi Party (AAP) which has officially announced it will contest on all seven Parliamentary constituencies of Delhi without getting into an alliance with the Congress. 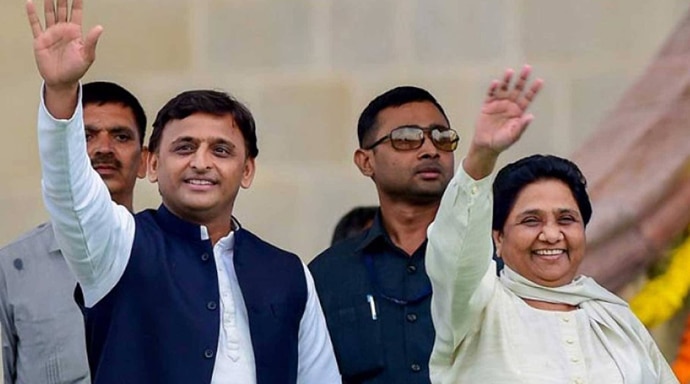 That (goodbye) wave: Akhilesh Yadav and Mayawati refused to accommodate Congress in the UP Mahagathbandhan. (Photo: PTI)

The reasons for this distance are many.

AAP blames the Delhi Congress leadership for its statements against its leaders. The proposal by AAP lawmakers in the Delhi Assembly against Rajiv Gandhi had also rattled the Delhi Congress unit. And not to forget the constant verbal spats between leaders from both the parties.

Arvind Kejriwal has already started campaigning for the 2019 elections against the BJP by appealing to voters to not waste their votes on the Congress. A similar style of campaigning had helped the Aam Aadmi Party in the 2015 Assembly elections in Delhi where the Congress was decimated and kept out of the Assembly.

However, it's our belief also that if the Congress gains in vote share in the 2019 general elections, that will potentially hit AAP's vote share and will end up helping the BJP. Similarly, having no alliance with the Congress could hurt the Congress in Punjab – a possibility which will only help the Akali Dal and the BJP.

During the assembly election in Chhattisgarh, Ajit Jogi's son, Amit Jogi, had told India Today that Congress has no transferable vote bank and it can win on other parties' vote banks – but it cannot transfer its own vote bank to any other party.

The SP and the BSP do not want to waste seats in this crucial election where both the parties are struggling for their own survival.

Similarly, in West Bengal, Mamata Banerjee is in no mood to ally with the Congress party as Didi, it is said, believes she can defeat the BJP alone. 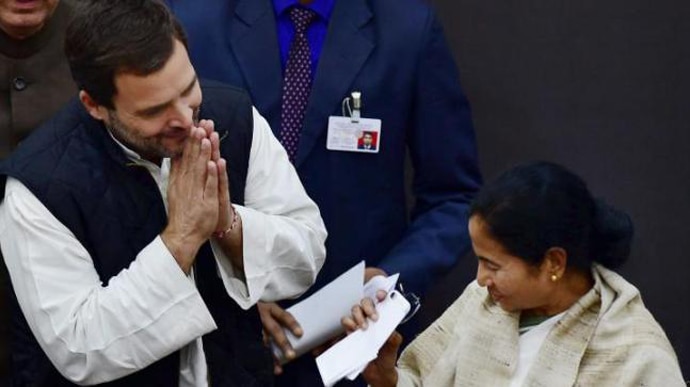 No, not really: Mamata Banerjee is in no mood to ally with Congress; Didi apparently believes she can defeat the BJP herself. (Photo: PTI)

The Congress did not ally with SP and BSP in the recently concluded three state assembly polls, reportedly hurting the ego of the biggest regional parties of Uttar Pradesh, and when both came together for the general election, they decided to keep the Congress out of the Mahagathbandhan.

Regional parties are believed to hold the key in the 2019 general elections.

Delhi, Uttar Pradesh, Bihar, West Bengal, Odisha, Andhra Pradesh and states in Southern India will be decisive where the regional parties are stronger than the two major national parties – the Congress and the BJP.

The regional parties in mutual consent with each other are formulating strategies to defeat the BJP in their respective states and post-2019, they will sit together for discussions to decide the face of the Mahagathbandhan.

The Telangana Rashtra Samithi (TRS) chief KCR's daughter Kavitha had also recently talked about a grand alliance of regional parties to take on the Congress – and the BJP.

With the regional parties realising their potential and strength, the belief is that if they come together and achieve a good number in 2019, the Congress-led UPA will have no option but to support the Mahagathbandhan and let the regional parties decide the country's next Prime Minister.

Also read: Mandal vs Kamandal 2.0: How the SP-BSP alliance has challenged the BJP, again