Odisha can't afford a water war with Chhattisgarh over Mahanadi

Naveen Patnaik must work with Raman Singh to jointly develop the river before the conflict becomes intractable.

A major dispute between Odisha and Chhattisgarh has surfaced in the last few weeks over the sharing of the Mahanadi river.

Chief ministers of both states are engaged in a war of words, political parties have started agitations and the water issue is fast turning into a highly emotional affair.

The downstream state, Odisha, vehemently opposes upstream Chhattisgarh's ongoing construction of a series of barrages to utilise the larger share of the Mahanadi waters in its catchment area. 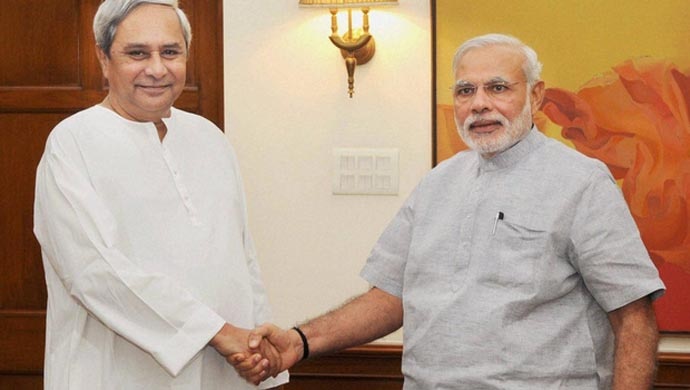 One of Naveen Patnaik's successful political strategies is to blame the central government when the going gets tough at home.

The Mahanadi river basin's total catchment area is close to 141,600 square kilometers, of which 53.9 per cent falls in Chhattisgarh, 45.73 per cent in Odisha and 0.35 per cent in Madhya Pradesh. During the monsoon, the Mahanadi has a discharge rate of 57,000 cusecs, almost the same as the Ganges, but in the dry seasons, it turns into a narrow channel.

Before the construction of Hirakud Dam in 1953, the river was infamous as the "sorrow of Odisha" owing to the massive floods it caused. Heavy rain still floods the river's basin, but the deluge is not as frequent and devastating as before.

An average inflow of Mahanadi at Hirakud dam in Odisha is 40,773 MCM, out of which 35,308 MCM comes from Chhattisgarh.

The latter claims it is presently using only 9,000 MCM of the waters, so for its own economic needs, it is well within its right to exploit more of the basin's capacity. Chhattisgarh further argues that its projects are primarily aimed at providing water for non-consumptive industrial use.

On the other hand, Odisha claims that Chhattisgarh has already constructed three barrages unilaterally, which have affected the water flow to Hirakud Dam during the dry spells.

Odisha demands that all the seven barrages within the master plan of Chhattisgarh must be treated as integrated, not standalone projects.

It is surprising that while Chhattisgarh has been building barrages for more than a decade and claims to have informed Odisha about its proposed projects since 2006, Bhubaneswar decided to take up the issue only last month. On July 16, Odisha CM Naveen Patnaik raised the issue at the Inter State Council meeting in New Delhi.

Since then it has escalated into a major dispute. Taking a cue from their party supremo, the BJD MPs moved Calling Attention Motions in the Parliament. Party workers stopped trains going from Odisha to Chhattisgarh and staged "Save Mahanadi" protests in west Odisha.

In response, Chhattisgarh's chief minister Raman Singh reiterated the state's right to utilise Mahanadi's water, stating that opposition from the BJD is politically motivated and not based on facts.

The Chhatisgarh CM's remarks and the support he received from New Delhi brought out an uncharacteristically strong riposte from his Odisha counterpart. Pledging to take the water issue to its logical end, Patnaik stated unequivocally: "Mahanadi is the lifeline of our state. We shall not allow Mahanadi to dry out because of the unilateral and blatant actions of Chhattisgarh." Since then, the Mahanadi has taken the centrestage in Odisha politics.

While Naveen demands Prime Minister Modi's intervention, opposition parties have gone to the President. The BJD and the opposition Congress have sent their own party delegations for field visits to project sites separately. The Congress has also taken the protest to the streets. BJP, the other opposition front, is confused as to how to approach the issue as it is the ruling party in Chhattisgarh as well as the Centre.

The Modi government had convened a meeting among officials of Odisha, Chhattisgarh and the Central Water Commission on July 29, 2016. At the time, Chhattisgarh had given its consent to constitute a joint control board to discuss issues related to Mahanadi and its tributaries. However, Odisha is yet give its consent.

Naveen Patnaik has been ruling Odisha for the last 16 years. One of his successful political strategies is to blame the central government when the going gets tough at home. This time too it was the part of his game plan as some of his ministers are under the CBI scanner in the chit fund scam.

Blaming the Centre was working very well for Naveen under the UPA, but Modi's presence in New Delhi has reduced the utility of the strategy to a large extent.His main opposition in the state, the Congress, is now free from any obligation and has managed to take Patnaik to task.

Pointing to his failure to oppose projects from the start, the Congress alleges that either Patnaik's government is inefficient or hand-in-glove with the industrial houses, expected to get benefits from the water projects in Chhattisgarh. This has made it awkward for Patnaik to scale down his rhetoric on the water row.

Water is basically a state subject and the Centre is allowed to be involved only in the case of inter-state river water disputes. Under Article 262 (1) of the Constitution, Parliament may, by law, provide for the adjudication on any dispute or complaint with respect to the use, distribution or control of the waters of, or in, any inter- state river or river valley.

However, if we look at the past experiences, particularly on the Cauvery, Krishna, Yamuna and Sutlej river basins, New Delhi has not exactly been successful in adjudicating inter-state water disputes.

There is more than enough water in the Mahanadi if we take the total annual water flow into account. The average annual water resources potential of the Mahanadi is 66.88 billion cubic meters. At present, Chhattisgarh is using 3.5 per cent and Odisha is using 14 per cent of this water while the remaining 82.5 per cent flows into the Bay of Bengal.

So, there is enough water in the river to meet the demands of both the states, provided they manage to store more water in the monsoon months.

Odisha has been the primary user of the Mahanadi for many decades, while Chhattisgarh has been the major contributor. Odisha cannot demand to protect its historic right to water use as this principle does not get anymore precedence over Chhattisgarh's demand for equitable use under the recently promulgated international law for transboundary rivers.

To its credit, Chhattisgarh has been smart in declaring its water projects for industrial use and not for irrigation purposes. That helps strengthen Chhattisgarh's claim as industrial water use is not highly consumptive and can possibly be reused in the river system.

Odisha does not have the legal advantage or political clout to be able to stop BJP-ruled Chhattisgarh from going ahead with its planned projects. By politicising the water issue, the BJD and the Congress might be able to score short-term political gains.

However, this will further complicate the negotiation process by bringing rigidity to riparian demands. Moreover, if Odisha fails - which is very likely - it will further widen the political divide between the western and coastal parts of Odisha.

Thus, it will be prudent on the part of Naveen Patnaik to work with Raman Singh to find a common framework and jointly develop the Mahanadi waters before it is too late and the conflict becomes intractable.

The joint management of the river under a board or commission might even allow Odisha to find better water storage facilities in Chhattisgarh and, consequently, control the downstream flooding in the monsoon seasons and increase its irrigation potential in the dry-seasons.

#Chhattisgarh, #Odisha, #Mahanadi
The views and opinions expressed in this article are those of the authors and do not necessarily reflect the official policy or position of DailyO.in or the India Today Group. The writers are solely responsible for any claims arising out of the contents of this article.