How BJP became its own opposition in Maharashtra and Haryana

Both states have shown the BJP is not invincible even in the absence of a strong and concerted opposition campaign.

When the BJP stomped back to power in May this year with a robust majority of 303 in the 545-member Lok Sabha, many read it as a mandate for another 10 years, saying the party has no formidable force in sight to challenge its reign of power. 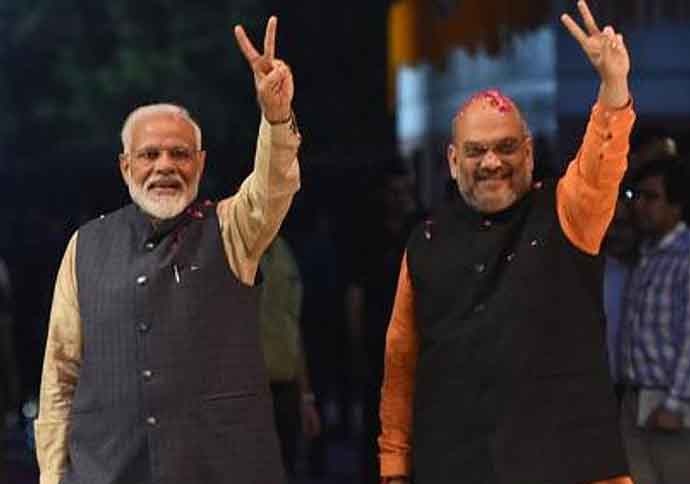 Just months later, on August 5, as home minister Amit Shah declared Article 370 null and void in Jammu and Kashmir, a key promise made in its election manifesto, even BJP detractors said the party is now an unstoppable force.

Only about five months since, the BJP has found an opposition to challenge its uninterrupted rise. A rare trend, given how Assembly elections held right after national polls that have a clear winner largely see a convincing return of the party in the states too. This trend was witnessed just five years ago, when the BJP was able to form governments on its own for the first time both in Haryana and Maharashtra.

Ironically, that challenge for the BJP has come from within itself.

Both Maharashtra and Haryana have shown that the BJP is not invincible even in the absence of a strong and concerted opposition campaign.

In Maharashtra, however, the BJP-combine almost repeated its performance of a victory over 41 seats in 2014 by winning 42 seats in 2019.

In the western Indian state the difference in performance lies in the Assembly election for the BJP. The BJP and Shiv Sena contested the 2014 Assembly elections alone. The BJP put up candidates on 260 seats and won 122 of them. The Shiv Sena fielded candidates in all 282 constituencies and won 63 of them. The results came as a shocker for the Shiv Sena and a sense of vindication for the BJP.

In 2019, the BJP decided to fight along with its pesky partner Shiv Sena so that the urban votes won't split, leading to an advantage for the Congress-NCP alliance. The BJP-Shiv Sena settled for 164-124 seat-sharing formula for the 2019 Maharashtra Assembly election. On the ground, the BJP fielded 150 candidates, while 14 seats went to other constituents of the National Democratic Alliance (NDA). 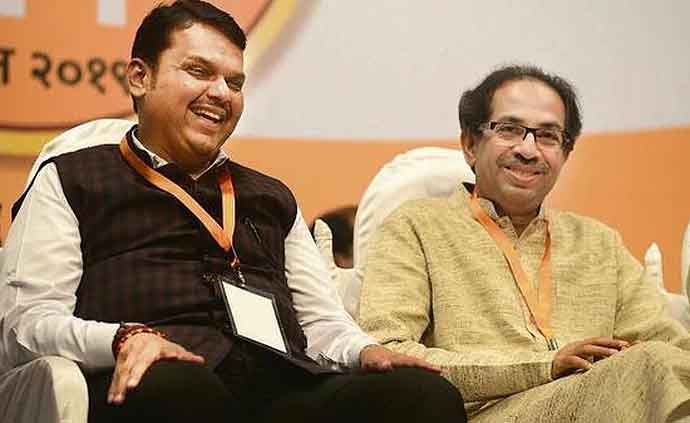 The BJP decided to contest the 2019 elections with Shiv Sena despite the latter being a troublesome ally. (Photo: India Today)

While the BJP looked to have an edge over the Shiv Sena in the alliance, the results have left the BJP a little flummoxed. The BJP has won just 105 seats, down by 17 seats in comparison to its 2014 record. The BJP had expected to win at 135 seats on its own. The party may now have to share the chief minister's chair in Maharashtra with Shiv Sena or at least part with key portfolios.

In Haryana, the verdict is clearly against the Manohar Lal Khattar government, which won a clear majority in the state for the first time in 2014, winning 47 of the 90 seats. This time the BJP is short of the halfway mark by six seats. Given how deft Amit Shah's election machinery is, the BJP looks set to form a government in Haryana by securing the support of the Dushyant Chautala-led Jannayak Janata Party (JJP) and others, but BJP's hold on power would be substantially weakened.

So what changed for the BJP in just five months?

The party, it appears, failed to realise that voters have become smarter and vote differently in national and state elections. An airstrike in Balakot may win votes in national elections; it won't do so in states. Muscular nationalism is a currency in Lok Sabha elections, but the same can't be traded for votes in Assembly polls.

Despite Congress's umpteen mistakes, the BJP failed to retain its hold on Haryana. When former Haryana chief minister and Congress leader Bhupinder Singh Hooda declared that the party has 'lost its way' just months ahead of the elections, it looked like there was nothing standing between the BJP and the halfway mark in the legislative assembly. Yet the Congress won 31 seats. In 2014, the party won just 15. This despite the party running a lacklustre campaign and being ridden by factionalism.

The BJP made crucial mistakes. Nirmala Sitharaman blaming Ola and Uber for the economic slowdown in the auto sector and Ravi Shankar Prasad saying sale of movie tickets proved there was no slowdown are statements that came back to bite the BJP hard. Despite the BJP going back on its promise of giving Haryana a Jat chief minister in 2014 by giving the opportunity to Manohar Lal Khattar, Jats voted for Narendra Modi in the 2019 Lok Sabha elections.

Sitharaman has been taking back each significant announcement made in Budget 2019 one press conference at a time. This sent out a message that the party had got its economics all wrong. All this, while the opposition remained absent from raising the issue in a substantial way. The BJP, however, continued exposing its mistakes itself.

In Maharashtra, the civic administration collapsed long ago. The BJP failed to bring any improvement in the situation. Maharashtra is believed to be India's second-hardest-hit state — after Odisha — by the vagaries of climate change. While on the one hand, there are massive floods, one the other hand, there are severe droughts. Farmers have suffered as a result of the extremities of the climate. The government is nowhere close to doubling farm incomes by 2022. It is one promise the BJP did not even remind the farmers of in its campaign.

The BJP was voted to power with a hope of achche din. Call it a Modi wave or Tsunamo, all of it happened in the hope that better days are around. When expectations are high, the disappointments are bigger.

When incumbents falter, the opposition just needs to get the caste combination right. The caste arithmetic did not work in Uttar Pradesh in 2019 Lok Sabha elections because people voted for development. They voted in support of the welfare schemes such as Ujjawala. Take development away and people fall back on parochial considerations when they vote.

The rise of Dushyant Chautala's JJP as the kingmaker has a message for the BJP in other states too. The opposition doesn't need to do much to take on the BJP. The BJP itself would prepare the ground to strengthen the opposition.

BJP's muscular nationalism may have no match but when votes are cast for regions, people would look for who can secure their interests better. People may think there is no alternative to Modi, but the same doesn't hold true when they look at Khattar and Fadnavis in their respective states.

Also read: Takeaways from Maharashtra polls: Congress-NCP fought to save face, BJP like there is no tomorrow

Post your comment
#Dushyant chautala, #Haryana assembly election results 2019, #Maharashtra assembly election results 2019, #Maharashtra Assembly polls
The views and opinions expressed in this article are those of the authors and do not necessarily reflect the official policy or position of DailyO.in or the India Today Group. The writers are solely responsible for any claims arising out of the contents of this article.