From 1999 to 2019: This is what has changed for me in Maharashtra's bitterly contested polls

Every election had a hook. This is what makes 2019 elections so unique.

A famous music director had once said during an interview that every song should have a hook in the music. The song, he said, will be a hit if some piece of the tune gets hooked on to the mind of the listener. I think the same holds true for every election — there needs to be a hook. There should be something new which carries the election campaign ahead. This is true especially for journalists. They should have something new that they can look up for during the campaign.

The 2019 Assembly elections in Maharashtra will be the fifth I would be covering as a journalist as I have been covering elections in this western Indian state since 1999. 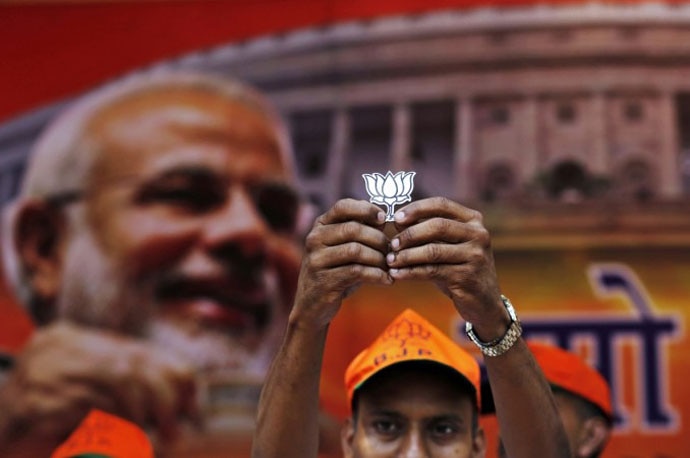 I covered the 1999 state elections while I was still in university as an intern with a TV news channel. I was tasked with covering the election campaign from Mumbai. The others I covered as a full-time reporter. But every elections had its hook.

The 1999 Maharashtra elections were held simultaneously with Lok Sabha polls. The one-year-old Atal Bihari Vajpayee government was facing re-election after losing the trust vote by one vote and Maharashtra was going for elections because the Shiv Sena-BJP government under the leadership of Narayan Rane, who had become chief minister of Maharashtra just six months ago following the resignation of Manohar Joshi from the post, had chosen to dissolve the Assembly and face elections six months prior to completion of the five-year-term.

The dissolution had come after then BJP strategist Pramod Mahajan advised Shiv Sena supremo Bal Thackeray that the alliance had a better chance of coming back to power if both elections happen simultaneously allowing the regional allies to ride on Vajpayee's popularity. Shiv Sena supremo Bal Thackeray was told by BJP leader Pramod Mahajan that the 1999 state polls should be held along with the national elections. (Photo: India Today)

Also in the election fray was a new entrant into Maharashtra politics, the Nationalist Congress Party (NCP). Even though the NCP was formed after Sharad Pawar was thrown out of the Congress for raising the issue of Sonia Gandhi's foreign origin, Pawar and his supporters presented the situation as the rise of a leader from Maharashtra against the might of Delhi. This was Maharashtra's favourite theme. The NCP had offered hope for the revival of the third front in the state against the dominance of Congress and the Shiv Sena-BJP.

The 1999 results threw interesting results. The state voted for Vajpayee at the Centre but voted against Shiv Sena-BJP in the state. Pawar did emerge as a formidable force but not as one strong enough to finish off the Congress. It however became clear that NCP could survive with the Congress. The emergence of the NCP was something to look out for in the 1999 polls.

The Congress-NCP alliance was ironed out with Vilasrao Deshmukh and later Sushilkumar Shinde taking the chief minister's chair. Gradually, the hype around NCP began to subside. It became clear that a third front was not possible in the near future as the NCP was likely to remain an electoral partner of the Congress.

A new churning had begun by the time the 2004 elections drew nearer. The Shiv Sena was in the midst of a succession war. To bring the war to an end, Bal Thackeray chose his son as the official No 2 in the party's hierarchy. Uddhav Thackeray was made working president of the party, a position that had not existed but was created to bring matters to an end. Uddhav Thackeray was made the Number 2 in the party after a succession war. (Photo: Reuters)

It was clear that Uddhav would be taking crucial decisions for the party henceforth. The fate of Uddhav's leadership was to be defined in the 2004 elections. Shiv Sena was hit by an open rebellion for the first time over ticket distributions. The fear of an open dissent had dissipated in the party. The party paid a price for it in the election results. The outcome was, however, more about assessing Uddhav's leadership skills.

The outcome paved the way for first Narayan Rane and then Uddhav's cousin Raj Thackeray's exit from the party.

The period after 2004 was very eventful. In the second term of the Congress-NCP, the government was cornered for poor governance in nearly every area — from urban infrastructure to Mumbai deluge in 2005, to rural distress due to droughts in 2007-2008, to the lacklustre attitude towards national security, the government was found lacking on all fronts. The Mumbai train blasts of 2006 and the series of terror attacks in 2008 saw the government face flak from all quarters.

Politically, however, the Congress-NCP remained safe due to the emergence of Raj Thackeray and his aggressive nativist politics. Despite everything going against the government, the Shiv Sena could not take advantage of the situation.

Meanwhile in 2005, the alliance lost its 'guiding light' as Pramod Mahajan was murdered in 2005 by his brother. The 2009 Assembly election narrative was hogged by Raj Thackeray with his rabble-rousing speeches and rallies across Maharashtra. He not only got his newly formed party, Maharashtra Navnirman Sena (MNS) 13 seats but also brought Shiv Sena down to its worst performance since the time party had been contesting elections in alliance with BJP. The state was now witnessing the rise of a new political force on its political horizon.

But its seems by 2014 everything was to change. Raj Thackeray had lost his sheen, Bal Thackeray had passed away, formally making Uddhav head of Shiv Sena.

After the massive victory of Narendra Modi in the 2014 national elections it was clear that there was going to be a change of guard. And then the unthinkable happened. Riding on the Modi wave, the BJP broke up with Shiv Sena on the issue of seat-sharing and later for the first time all four main parties of Maharashtra fought elections separately. This was the first election after 15 years in which there was no major alliance. The numbers were going to be unpredictable though the wind was certainly blowing in BJP's direction.

The year 2019 is seeing the emergence of BJP as a dominant force in Maharashtra without its alliance partner Shiv Sena. The election, however, is dull and drab. With ideological barriers lost, leaders are changing parties at free will.

On the one hand is Shiv Sena, which seems to have accepted the second position in the alliance with a mellowed fighting spirit. On the other hand, there is the directionless Congress and weak NCP battered by defections.

With such a dominance of the BJP, the Maharashtra Assembly elections have gone back to the era of 1960s to 1980s when the winner was far ahead of losers and there was hardly any contest resulting in colourless and lifeless election campaigns.

Luckily, my first four elections continue to have a strong resonance which is energising for any political reporter.

#Bjp-shiv sena alliance, #Shiv Sena, #Maharashtra Elections
The views and opinions expressed in this article are those of the authors and do not necessarily reflect the official policy or position of DailyO.in or the India Today Group. The writers are solely responsible for any claims arising out of the contents of this article.