BJP's 'Selfie Mantris' Enjoy Maha Floods: BJP faces criticism for its ministers' crass behaviour in the floods. Has it forgotten one fact?

Kyunki Saas Bhi Kabhi Bahu Thi. Although at the zenith of power, BJP representatives must understand politics is a cycle and public criticism moves its wheels.

The first and second weeks of August were a nightmare for the Maharashtra government and its ministers, not only because the state faced its worst floods since 2005, but also because of the shameful behaviour of some of the ministers at a time when lakhs of people were suffering and got displaced because of a delayed response from the authorities.

Now, whether the government could have been handled the situation better can be debated, looking at the enormity of the situation and the amount of rainfall western Maharashtra faced in just about a week’s time — but government ministers could have surely avoided some of the things they did while apparently trying to help flood-affected areas.

The first in the line of offenders was water resources minister Girish Mahajan, who was stationed in flood-affected areas, monitoring relief work. His selfie video, shot by one of his supporters, while travelling in a National Disaster Response Force (NDRF) rescue boat, became the reason for widespread rage. Mahajan can be seen waving his hand and smiling. He is also seen flashing a victory sign as if he has won some election.

The video emerged at a time when the flood situation was grim and the government was drawing flak for not being able to foresee the disaster, which could have averted the suffering of lakhs of people who remained marooned in water as high as six to seven feet — without food and water for four to five days.

The second video was of a local BJP MLA distributing government relief material — in boxes carrying photos of the MLA and chief minister Devendra Fadnavis.

The next in the series was Revenue Minister Chandrakant Bacchu Patil, who was caught on camera shouting at flood-affected people, saying, “Do not complain — give your suggestions”.

As soon as these videos went viral and came under media and public attack, the government and BJP leaders started pointing at the amount of work these very men did for the relief and rehabilitation of the flood victims.

Evacuating more than three lakh people was definitely an enormous task — but the government and BJP leaders claiming credit for this is an injustice to the people working on the ground tirelessly.

Justifying his team though, Fadanvis himself said, “We too are human beings and some things are being blown out of proportion.”

The behaviour of politicians is viewed with magnifying glasses, especially at the time of crises. Their leadership skills are minutely examined at such times. They are elected as leaders for a reason.

When a party is in Opposition, it seizes every opportunity to target the leaders of the party in power.

Let us revisit some such examples.

Former Union Home Minister Shivraj Patil faced embarrassing criticism for his fetish for having a ‘neat and clean appearance’. Now, there is nothing wrong if a minister or politician wants to be presentable, but when he was shown in three different suits in one day — while visiting the sites of the 2008 Delhi serial bomb blast — he was criticised for giving undue importance to his looks than the urgent work at hand.

Could he have spent more time tackling the situation if he had not changed clothes so many times through the day?

But the anger over the blasts turned his way on the reasoning that his priorities were misplaced.

When Delhi was in shock given the serial blasts, people wanted more seriousness — or at least, behaviour that would have assured those watching that the leaders were serious about the tragedy, which did not reflect in Patil’s behaviour.

It wasn’t just the public, even BJP leaders were critical of Patil.

The next best example is that of Vilasrao Deshmukh, who, as chief minister of Maharashtra, visited the burnt-down Taj Hotel after the 26/11 terror attacks. This was the first time the chief minister was entering the hotel to take stock of the situation. The footage of this visit was provided to the media by the government’s publicity department.

This was also the first time the media had a chance to look at the damage done but their attention was driven to the people accompanying Deshmukh — his actor son Riteish Deshmukh and film-maker Ram Gopal Varma. 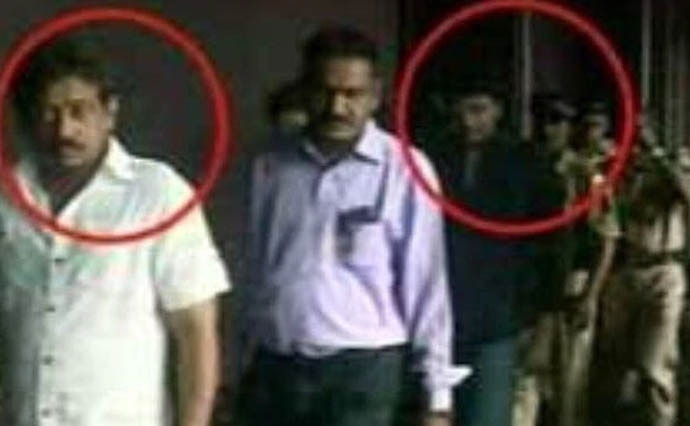 Now, Deshmukh did not invite Varma or his son to visit the site. It just happened that Varma was at Deshmukh’s residence to meet Riteish and managed to trail the chief minister to the hotel as a curious onlooker.

No matter how normal this episode might have been, in the eyes of the media, people and opposition parties, the whole episode looked as if Deshmukh was an insensitive leader with a casual attitude towards a terror attack as big as 26/11 was. Deshmukh had to resign in the face of the criticism.

I can quote many such examples.

But it seems some things never change.

It reminds me of a popular TV serial that was aired during the early 2000s — Kyunki Saas Bhi Kabhi Bahu Thi. The title loosely translates to: 'Every mother-in-law was once a daughter-in-law'.

After spending five years as the ruling party in Maharashtra, the BJP should understand this when it comes to political criticism.

Also read: Deccan in deluge: What makes the floods an annual saga year on year?

#Ram Gopal Varma, #Girish mahajan, #National disaster response force, #Maharashtra floods
The views and opinions expressed in this article are those of the authors and do not necessarily reflect the official policy or position of DailyO.in or the India Today Group. The writers are solely responsible for any claims arising out of the contents of this article.