[Book extract] Mahatma did all that he could, but the pressure from Punjab government had compelled Lord Irwin to proceed with the executions.

When his agreement with the viceroy was finally announced on March 4, Mahatma Gandhi directly addressed the revolutionaries: "There is… a small but active organisation in India which would secure India's liberty through violent action. I appeal to that organisation, as I have done before, to desist from its activities, if not yet out of conviction, then out of expedience… I want them to be patient, and give the Congress, or if they will, me, a chance to work out the plan of truth and non-violence … Let them preserve their precious lives for the service of the Motherland..."

Following Gandhi's declaration in February that the release of political prisoners accused of violence would not be a condition of the impending pact, Chaman Lal (an "ideologically agile nationalist" who in the late 1920s and 1930s worked closely with Gandhi and the Hindustan Socialist Republican Association [HSRA] simultaneously) swung into action. 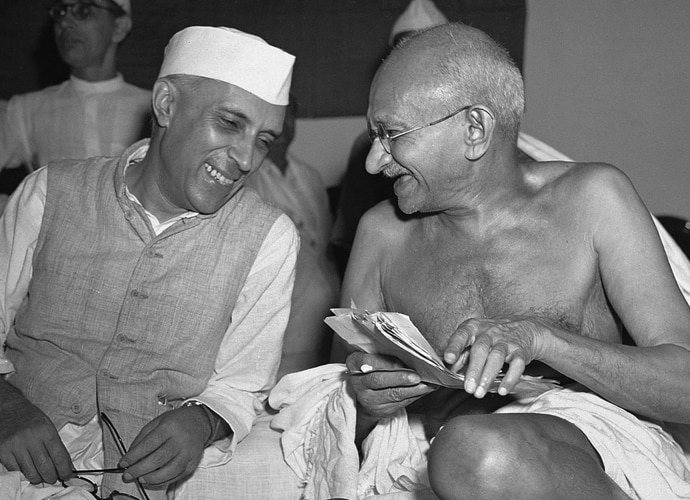 He produced and began to circulate a one-page polemic on red paper, "Where is Peace?" One breathlessly long sentence adequately communicates Chaman Lal's indignation at what he saw as Gandhi's abandonment of those accused of violence, whose sacrifice, in his view, had energised the anti-colonial struggle.

On March 7, following a meeting in Delhi at which Gandhi addressed an estimated crowd of 50,000, Chaman Lal's sister-in-law Satyawati delivered a copy of "Where is Peace?" to the Mahatma.

Also read - What Pitaji told me about Bhagat Singh, Gandhi, Nehru and Netaji

According to a fortnightly report, Gandhi was compelled to explain to the audience that while "he was unable to obtain the release of violent political prisoners at present, he was averse to any form of corporal punishment and hoped to be able to obtain their release when the reins of power were in the hands of the Congress."

Gandhi knew that Chaman Lal was the author of "Where is Peace?", and yet he continued to work with his critic, apparently unperturbed. By provocatively signing the manifesto "Young India", Lal suggested that Gandhi was no longer representative of the youth that he invoked weekly in his newspaper of the same name. "I have claimed to be a young man of 62", retorted the Mahatma, "But even if I were to be labelled as a dilapidated old fogey, I have a right to appeal to your good sense."

With the annual Congress meeting to ratify the Gandhi-Irwin Pact scheduled to open on March 29, Irwin was aware that this was a critical time for Gandhi and the Congress as a whole.

The pact had been criticised by "the extremist section of the Congress and particularly by the youth element", and Irwin confided to Benn that "many believe that a split in the near future is almost inevitable".

It is also clear that the viceroy knew that the executions of the Lahore Conspiracy Case prisoners would "gravely prejudice" an already sensitive political situation. The Punjab government proceeded to make arrangements for the executions, debating with the home department whether to carry them out before or after the Karachi meeting.

The government of India favoured afterwards, but realised that this might create unreasonably false hope for a reprieve, or leave an opening for commutation of the sentences to be a condition of the acceptance of the pact by the Congress.

After much discussion, the home department accepted the Punjab government's decision to execute the prisoners "no later than March 23, and earlier if practicable".

In the days after the executions, the fate of the pact seemed grim. As a fortnightly report dryly noted, "Gandhi's failure to secure their reprieve confirmed the view of many that his victory at Delhi had not been so complete as his followers had been at some pains to make out it was."

Jawaharlal Nehru's public comment - that the corpse of Bhagat Singh would stand between the Congress and the British - quickly reverberated in British circles, introducing an element of dread for those who had welcomed the Gandhi-Irwin agreement.

News of the executions came as the Congressites were en route to Karachi. Chiranjilal Paliwal was present when the viceroy's secretary delivered the news to Gandhi, boarding a train at the Delhi Railway Station: "Gandhiji kept quiet. Nehru read it and fell as if into a trance. Then he regained his composure, and said: well, let us see, lest we forget, lest we forget… He repeated these two-three words. And then Gandhiji was dumbfounded."

Also read - Why Gandhi is every biographer's joy and horror

At a press conference on his arrival in Karachi, Chaman Lal challenged Gandhi openly, asking why he had not secured the release of all political prisoners and a reprieve for the condemned revolutionaries.

Gandhi's response exposed both Chaman Lal's complicated subjectivity and the Mahatma's quick wit: "Gandhiji evaded the question with a very interesting joke. He said: 'I have known four Chaman Lals, one whom I met in his village in 1920, one who worked under me in the Congress for so many years, one who is secretary of the Nau Jawan Bharat Sabha and one who is representative of the Hindustan Times. Which Chaman Lal is asking this question?' Everybody burst into laughter and the question was avoided."

It was only later, in private, that Gandhi confided to Lal that he had done all he could to avert the executions, but that pressure from Punjab had compelled Irwin to proceed.

Lal concluded his oral history interview with the view that "it is important that historians and people in India know that it was not Gandhiji who failed."

(Courtesy of Mail Today and reprinted with the publisher's permission.)

#Book Extract, #Freedom Struggle, #Bhagat Singh, #Mahatma Gandhi
The views and opinions expressed in this article are those of the authors and do not necessarily reflect the official policy or position of DailyO.in or the India Today Group. The writers are solely responsible for any claims arising out of the contents of this article.

The writer is associate professor of south Asian and world history at UNSW in Sydney, and editor of South Asia.