The latest judgment shows utter disregard and disdain for a woman’s right to bodily integrity.

On September 25, the Delhi High Court acquitted filmmaker Mahmood Farooqui in a rape case, setting aside the conviction by a special fast-track trial court.

The fast-track trial court in Saket had last year sentenced Farooqui to seven years in prison after he was found guilty of forcing oral sex upon a US-based research scholar in 2015.

The acquittal and setting aside of the conviction brings to the forefront the question of consent yet again.

The latest verdict is nothing but a masculinist pronouncement of utter disregard and disdain for a woman’s right to bodily integrity, and reinforcement of the fact that rape culture is real.

Rape culture refers to collective societal behaviour based on which rape is considered pervasive and is normalised due to patriarchal societal attitudes about gender and sexuality. Some of the behaviours associated with rape culture are victim-blaming, making connections between women’s clothing and “excursions after dark” to the rising incidents of rape, slut-shaming, trivialising the experience of rape and denial of some forms of sexual violence.

State apathy meted out towards victims of rape, reluctance of authorities to go against patriarchal cultural notions such as equating pre-marital sex to promiscuous behaviour may also be considered rape culture. 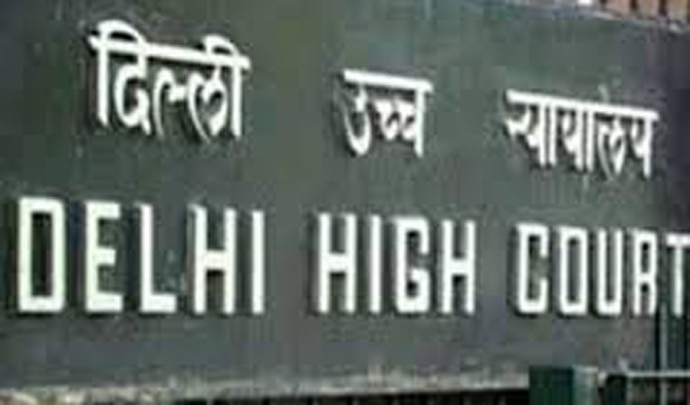 Other “rape myths” (as put forth by feminist academician Nivedita Menon) that reduce sentences meted out to rapists by way of citing their youth and the promising life ahead of them such as the instance of Brock Turner, dubbed as the Stanford rapist, may also qualify as rape culture.

In this case, the Delhi High Court, in an 82-page judgment questioned the veracity of the incident as related by the victim. It noted:

In July 2016, the lower court had found Farooqui guilty of raping the US-based researcher who was seeking his professional advice for her doctoral research.

While convicting Farooqui, the lower court took into account the victim's refusals (to sexual act) and the accused’s acknowledgement - an email response to the victim expressing his deepest apologies. The lower court found that it was a clear case of lack of consent.

Farooqui was sentenced to seven years of rigorous imprisonment, a move that his close friends called too "harsh", for it was noted that the victim had been previously close to Farooqui in "romantic ways".

The victim considered Farooqui her friend, someone whose work she admired, someone she was even attracted to by her own admission. Confronting sexual assault by a close friend is not only deeply complex, but also unequivocally traumatic.

In an email to Farooqui, dated March 20, 2015, (available as part of the judgment), the victim wrote:

“You know that I consider you a good friend and I respect you, but what happened the other night wasn’t right. I know you were in a very difficult space and you are having some issues right now, but Saturday you really went too far. You kept asking me if you could suck me and I knew you were drunk and sad and things were going awful. I knew that this wasn’t going to help things and I told you many times I didn’t want to. But you did become forceful”

She goes on to say that the forced sexual assault was entirely unacceptable to her. In another email, dated April 12, 2015, she wrote:

“You were supposed to be my friend. Instead you manipulated me. You hurt me. I said no. I said no many times. You didn’t listen. You pinned my arms. You pulled my underwear down.”

The counsel for the victim, noted advocate Vrinda Grover argued that Farooqui never stated in the trial court that the sexual act was consensual.

Shouldn’t his email expressing his deepest apologies be proof that there was no explicit consent? On the issue of the accused’s bi-polar disorder, it was argued that the "occurrence had to do more with the physical power of the appellant than his mental condition".

“Kisses were exchanged and the appellant asked her for a sexual favour which she denied. Thereafter, as narrated in the FIR, she was put down and was subjected to forced oral sex.”

Further, there have been email exchanges between the victim and Farooqui’s wife, Anusha. In an emai to the victim dated April 12, 2016, Anusha writes:

“What you have described is an ordeal. I cannot imagine how you have dealt with it so far. Needless to say that I stand with you. If you require any help of any nature including legal, I will assist. This is completely unacceptable behaviour, especially for me since it happened under my roof.”

Despite so many acknowledgements of violation, forced assault, repeated denials to participate in a sexual activity, repeatedly standing by her statement that the activity was not consensual and the conviction by a lower court, Farooqui has been acquitted.

This is not the first time that an androcentric legal system invalidates the experience of rape. It, therefore, becomes the duty of feminist praxis to stand in solidarity with the victim and reiterate yet another time what consent means.

Previous romantic liaisons does not amount to consent, consent can never be a blanket agreement, consent maybe given and withdrawn even while performing the act consented to, consent has to be taken every single time and consent stops the minute somebody says no.

#Women Safety, #Delhi HC, #Peepli Live, #Mahmood Farooqui
The views and opinions expressed in this article are those of the authors and do not necessarily reflect the official policy or position of DailyO.in or the India Today Group. The writers are solely responsible for any claims arising out of the contents of this article.